Minneapolis band Postina celebrated the release of their EP  “Write a better End” with a performance at the Pourhouse yesterday.  Founded in 2008, the band gained attention being a finalist in the Basilica Block Party Battle of the Bands in 2009 and released their debut album “The Road”. Since then the band has gone through some lineup changes and has added a new vocalist for this record.
Their current lineup is: 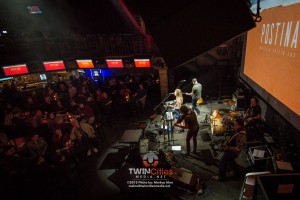 Postina set was lively and well delivered.  Renee’s voice is well suited to Postina’s overall sound and her on stage presence is good, especially, her interaction with guitarist Andy Root. Overall a good band to spend a Friday evening with.

Turf Club Gets A Taste Of Memphis Southern Avenue

Southern Avenue band from Memphis, Tennessee made their debut performance in Saint Paul’s Turf Club on 6/30 as part of their Keep On-Summer Tour 2019 Phase 1. They are currently promoting their second album Keep […]