When it comes to Americana-style music, it is a great comfort to know Minnesota has a great selection of artists that fit right into that genre. Out of Anoka, MN the Americana sound is on fire, as this is the home base of The Plott Hounds. With less than one week to go before the debut of their sophomore album Thirsty For Something, I got a chance to preview new tracks. 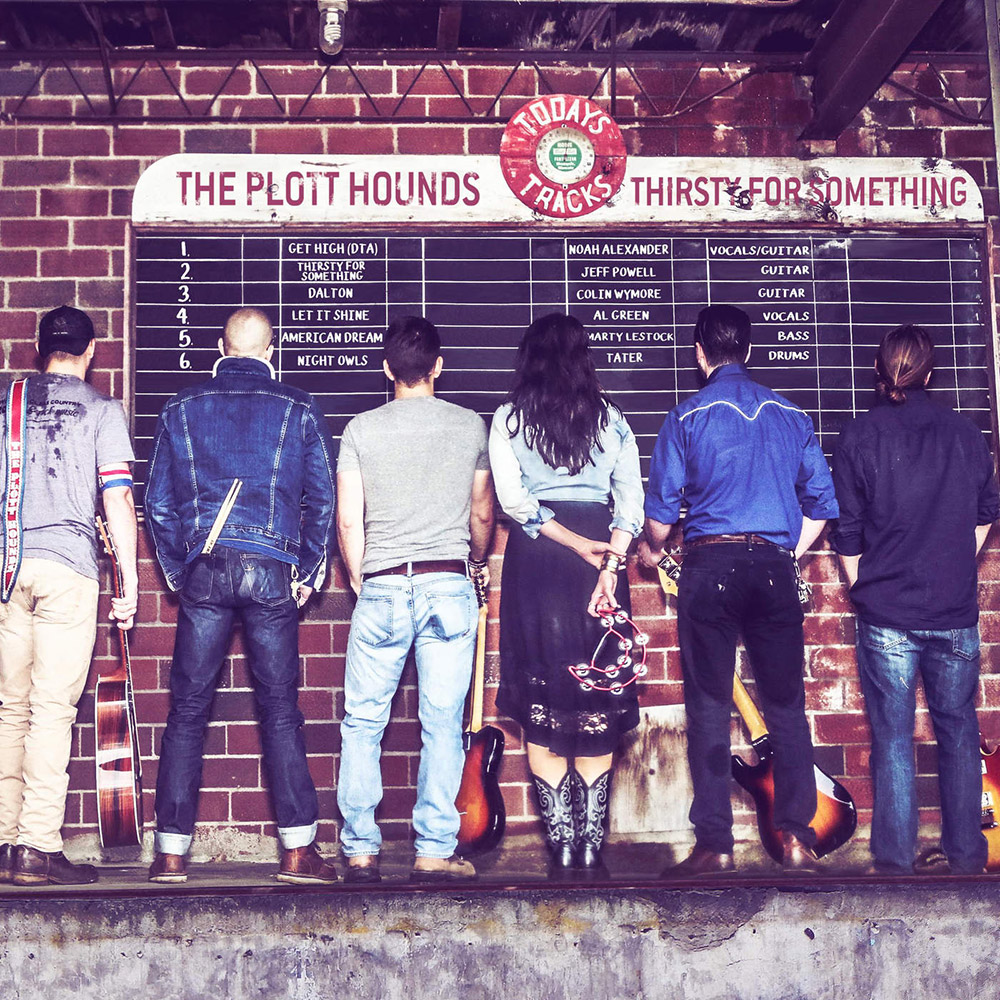 In December 2014, I ran across The Plott Hounds as they opened the Hawkey Christmas Party at The Myth. From their opening song, I was completely blown away. The sound, drive, and heartfelt depth of their music was something only heard in well seasoned artists. When I learned that the band had only been together for a few months (not years), already had an EP released (Rum River Rising), I was even more impressed.

In the coming months, The Plott Hounds headed into the studio to record their first full length studio album Living Free. With the band’s tour ambition taking to the road, they were warmly accepted throughout the upper midwest and even received a warm welcome in singer Noah Alexander’s home turf of Georgia. The album made significant headway in getting well deserved radio airplay as well.

With their second album, Thirsty For Something, set to release this week, current fans and fans-soon-to-be will be extremely satisfied with the direction The Plott Hounds have taken their sound. Americana, Southern Rock, Country, hell even some Blues … it is all there … not just elements, but a full plunge into the pool of sound. Noah Alexander‘s voice is deeply solid and embracing. Backed by Alexandra Green, whose voice carries a sweet harmony, the energy and tone created between Noah and Alexandra are very pleasent. Dual guitar mastery held down by Jeff Powell and Colin Wymore are crazy-ass amazing and second to none. Rhythmically solid is the only way to be describe the ever present rhythm from bassist Marty Lestock and ‘skin crusher’ Tater on drums.

Personal favorites on the album are Get High (Down Town Anoka), the title track Thirsty For Something, and Dalton, but it is really hard not to listen to the entire album start to finish each time. In fact, looking at my playlist, the three tracks mentioned, only edge out Let It Shine, American Dream, and Night Owls in number of play by one. Recorded locally at the Pearl Recording Studios in Minneapolis, the album carries a rich, warm tone throughout. Listening to the album at any volume (preferably loud though) is a great experience, but listening to it with headphones is sonically mind blowing.

The Plott Hound will be taking over the Fine Line Music Cafe on Saturday, June 18th starting at 7PM. Reverb Country Dusters and Crankshaft and the Gear Grinders will be warming the stage for the evenings Thirsty For Something Album Release. There are still tickets available through Ticketfly online for $10. VIP tickets are also available for $30 and include some great extras. Thirsty For Something is available now for pre-order. Grab your tickets now and pre-order the album today. You will NOT want to miss this album release performance and party.

There are some artists who take the stage, perform their set, and exit stage right. Entertaining? Sure. Memorable? No way. Quite a different story on Thursday night at First Avenue’s 7th Street Entry. The venue […]

PREVIEW: Country Rock For A Cause Benefit Festival – That’s My Uncle and The Farmer’s Daughters

Babes in Toyland return to a packed First Avenue Mainroom

Friday night in Minneapolis was sweltering hot. Although it was the official “first day of fall” it felt a lot more like the middle of July. The humidity hung thick in the air – the […]