Over the past few years, be it in the Soundcloud stratosphere or main stream radio waves, Trippie Redd has been one of the most profoundly unique voices in Hip Hop today. And his success shows absolutely no signs of slowing down after a very successful 2019.

Trippie initially gained traction in 2017 with the release of his ‘A Love Letter To You’ mixtape series. The Ohio natives’ infectious howls could also be heard in collaboration with the likes of Travis Scott or the late XXXTentacion in that year further bolstering his position. However 2019 would see the release of two Trippie Redd albums ‘!’ and his most successful effort to date,’ A Love Letter To You 4.’ The latter of which would go on to debut atop the Billboard charts giving Trippie his first number one album. 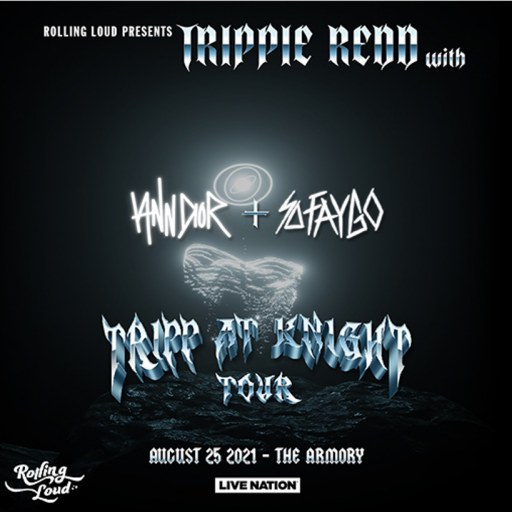 Armed with a brand new album “Trip at Knight” Trippie will hit the Armory on Wed 8/25 supported by Iann Dior and SoFaygo.

Tickets are available HERE, and you can win a pair of tickets by visiting our Facebook Page just follow our Contest Rules .