If you are looking to spend your Friday night on a musical trip back to the 60s and 70s with a modern twist,  we have just the thing for you. UK band Temples is playing First Avenue on 5/29 and yes, there are still some tickets left here. 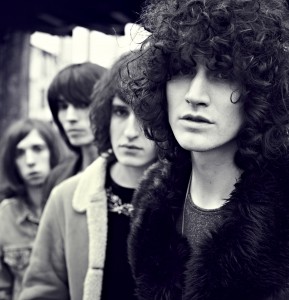 Formed in 2012 the 4 piece band is best known for their hit Shelter Song. Released as their first single it caught the attention of a number of big names in music and requests for live shows and appearances

There was a problem with the wave of interest it set in motion. The band was, technically, not yet a band, and they were being offered gigs before they even had a full line-up in place. So founders James Bagshaw and Tom Warmsley  recruited drummer Sam Toms and keyboard player Adam Smith, both also from Kettering, UK, and worked on making the intangible tangible. Quickly, they became an accomplished live prospect, playing gigs up and down the UK, hitting the festival circuit and even sharing a bill with The Rolling Stones at London’s Hyde Park in July 2013.

Temples has become an accomplished live band. They share the bill on Friday with Fever the Ghost, Chatham Rise (a Minneapolis Psych/Shoegaze/Space Rock band) and local institution DJ Jake Rudh. TCM will be on site covering the evening in all it’s psychedelic glory. 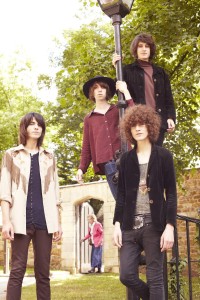 British Band Wolf Alice has never let the little fact that they have yet to release a full length album slow them down. Now with the band’s first full studio album “My love is cool” about […]

Sunday night shows set the tone for my week. If it’s a bad show, I tend to have a not so great week but, if it’s an amazing show, I’m sure to have an awesome […]

Sunday night being filled with reggae music brought a little heat to the Midwest winter we’ve all been dealing with; a little sun and a beach would have made the package complete. I walked into […]