The end of the year is a time that gives us pause to reflect on past twelve months. As much as I am not a “New Years Resolution” person, I am a sucker for nostalgia and love the quiet and reflective time the end of the year brings. For me this year was filled with plenty of highs and lows. Highs included starting new job with a company I love, growing in a relationship with a man I love dearly and celebrating college friends marry the loves of their lives. Lows took the form 0f family losses and watching friends battle sickness and heartbreak. 2018 for me, like many, has held plenty of dark, hard and lonely moments but I’m so grateful to say that for every one of those dark moments there’s been tenfold of lovely, life-giving, spectacular moments too. As I look back on 2018 my heart really does burst with gratitude for my friends, family and friends who have become family (like many of those I’ve met here at Twin Cities Media). And like so many of us here at TCM, many of my favorite moments from this year revolve around live music. Whittling down hundreds of bands to a top five list is no easy task but alas – here I go.

Like the rest of my staff, I have to give a few honorable mentions. Seeing Dua Lipa on Pride Weekend at The Armory with a few girlfriends from high school is a moment I won’t soon forget. Dua Lipa is a goddess with the voice of one too (and I really need to learn her ab routine). And please don’t try to deny that “Hotter Than Hell” or “IDGAF” weren’t some of the catchiest songs of the year. Getting to cover Maggie Rogers at a sold out First Avenue on the same week that she played SNL is another magic moment of 2018. Opening for Rogers was Aussie up & comer Mallrat that I expect to see plenty more from in 2019. Though Eaux Claires Music Festival didn’t quiet deliver seeing Phoebe Bridgers, Julien Baker and of course Pussy Riot were highlights of the summer. Some of my other favorite moments of 2018 were the bands who sure, maybe I don’t remember every moment or detail of their set but I do remember the friends who I dragged along (or dragged me along) and drinks we shared.

But Top 5, in no particular order:

Passion Pit was one of the first bands I ever saw at First Avenue back in 2010 so getting to see them back in the same venue that made me fall in love with them (and live music) was nothing short of a high. Passion Pit has been a staple in my musical rotation in the last decade or so and their set delivered on ten years of love. They played old stuff and new stuff. They talked about love and loss and Angelekos spoke candidly about his mental health, something that has been a public topic of conversation over the years. There wasn’t really a better way to kick of 2018 than with Passion Pit at First Avenue. 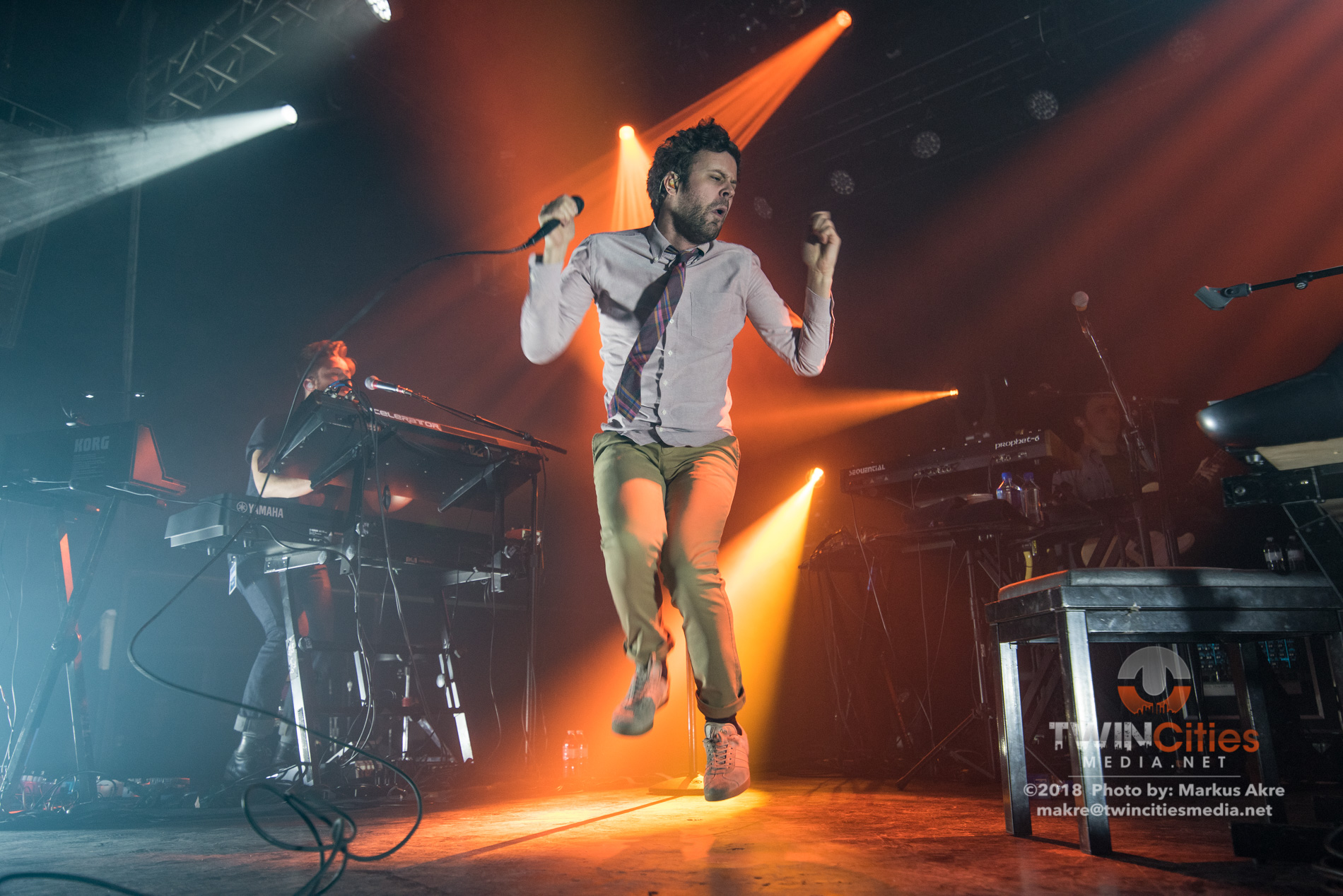 As I looked through all the shows I covered this year I kept coming back to this Whosah set.  This set was the embodiment of everything I love about the local music scene. It was a bitter cold night in the dead of winter but it was warm, sweaty and a dance party inside First Avenue’s 7th Street Entry. This venue is a place you can always count on to bring the heat (literally and figuratively) during the coldest months. Every band on the ticket this night knocked it out of the park, Shinny Penny and Yamhaus included. All three bands are ones I hope to see plenty more from in 2019. 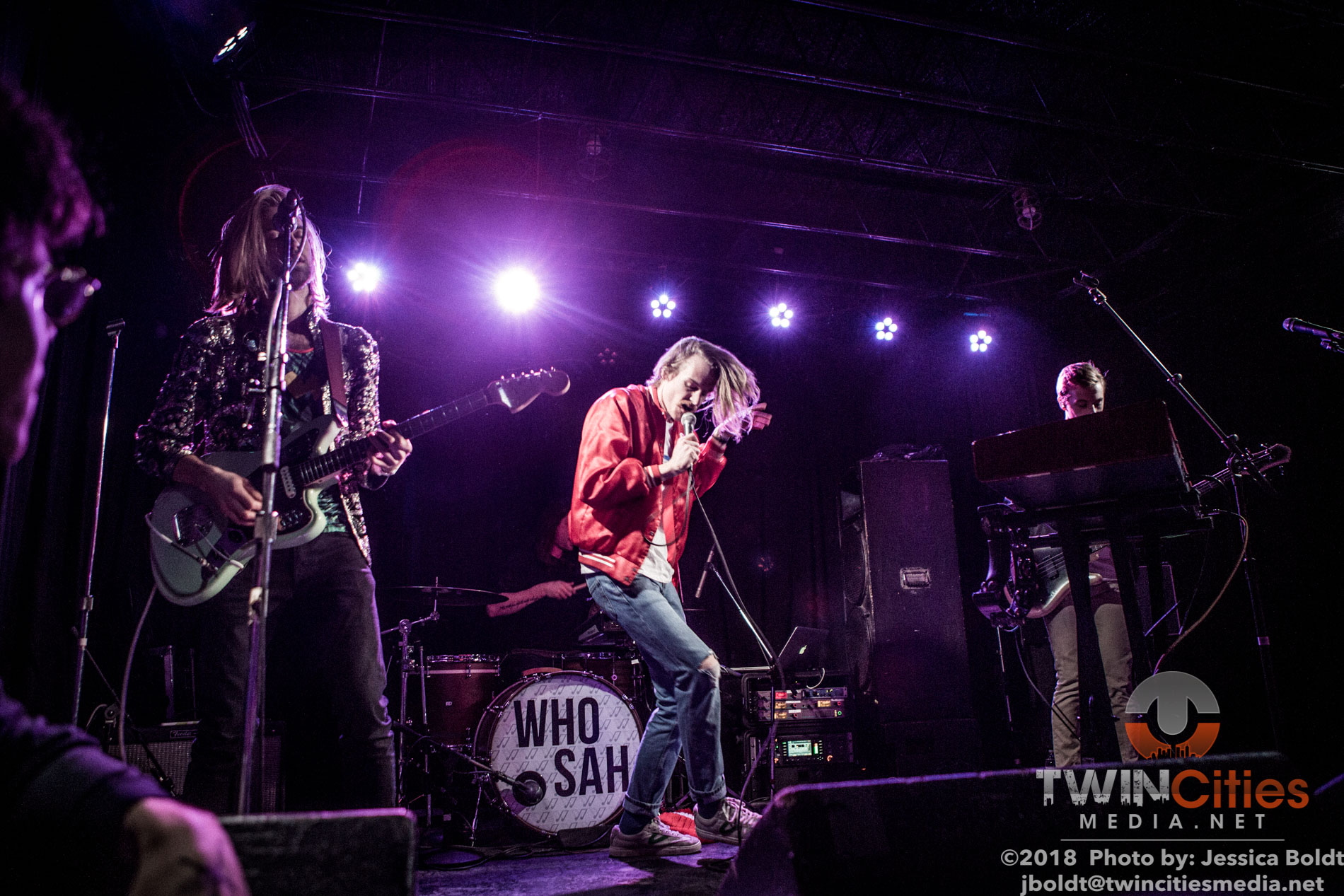 Every so often there are moments you get to experience as someone who covers live music that make you think “I will never get to experience something like this again.” Seeing Billie Eilish at the tiny, packed, 7th Street Entry is one of those moments. Eilish is well on her way to becoming a mega-star (if she isn’t’t already). She’s topping the charts, she’s touring the world, she’s collaborating with some of the biggest names in music. Her show at the Entry sold out in a matter of seconds from what I recall. Her set was all ages, early, it was still light out when she took the stage, and I don’t think the bar was even open that night but it was easily one of my favorite sets of the year. Eilish’s voice is otherworldly, and seeing in live is chillingly beautiful. I’ll probably never get to see Eilish in a room like the Entry again but I am sure as hell to say that 2018 was the year me and 200ish other people did. 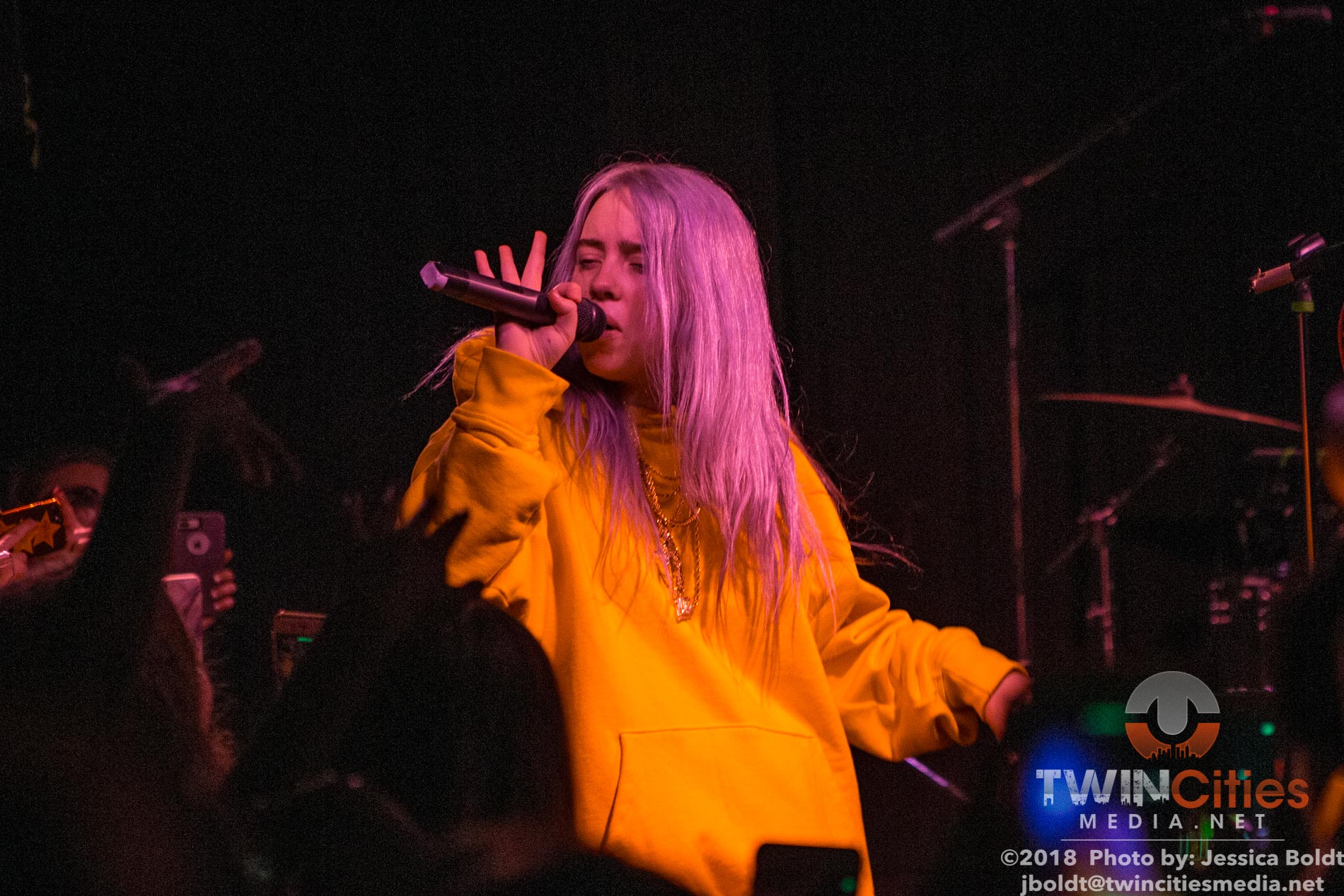 Hinds is another band I’ve seen before, but seeing them in a room like The Entry is unmatched. Hinds live is larger than life, over the top (in the best way) and slightly chaotic. The energy these four girls from Spain bring to the stage is honestly one of my favorite things to see live. They are a band I could see live 100 times and never get sick of. Their set at The Entry was all of the above and more. If I had to pick a favorite live moment from 2018 it would be the encore of Hinds set at First Ave when they brought out their opening band Goodbye Honolulu and showered the crowd with champagne. 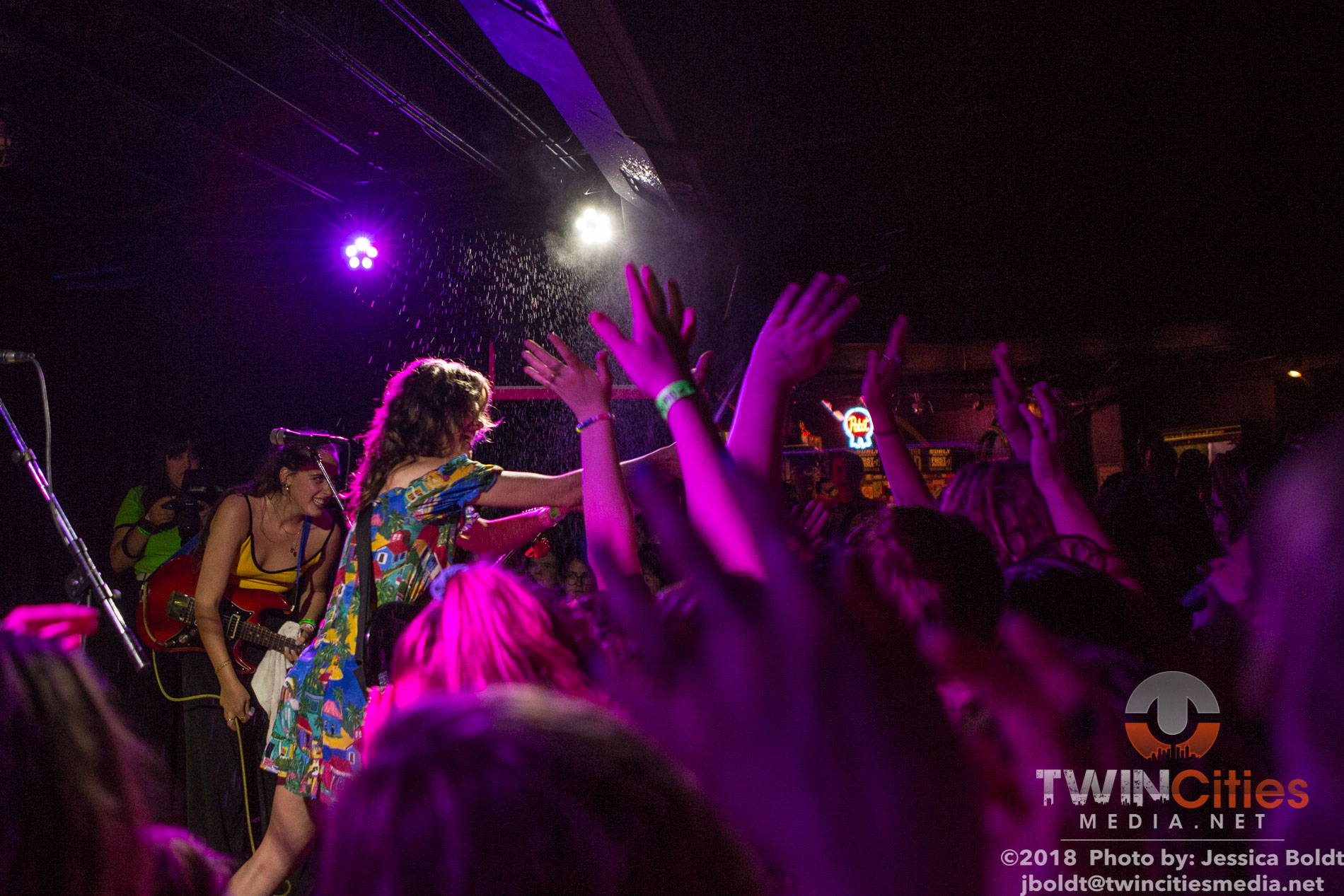 As I am closing out this list I realize that 4 of my 5 favorite sets were at 7th Street Entry which I think speaks to the magic of that venue. One of the bands who played to the magic of the Entry was Australian five-piece Castlecomer. It wasn’t a sold-out show but Castlecomer’s larger than life set sure made it feel like it. The band called out a woman in the crowd who they dubbed “their first fan in the US.” Castlecomer also talked about local radio station Go963 being one of the first radio stations in the US to play their music. They joked about making “one fan at a time” which is exactly what they did that night. I still quote that to my friend at small shows, “one fan at a time, one fan at a time.” 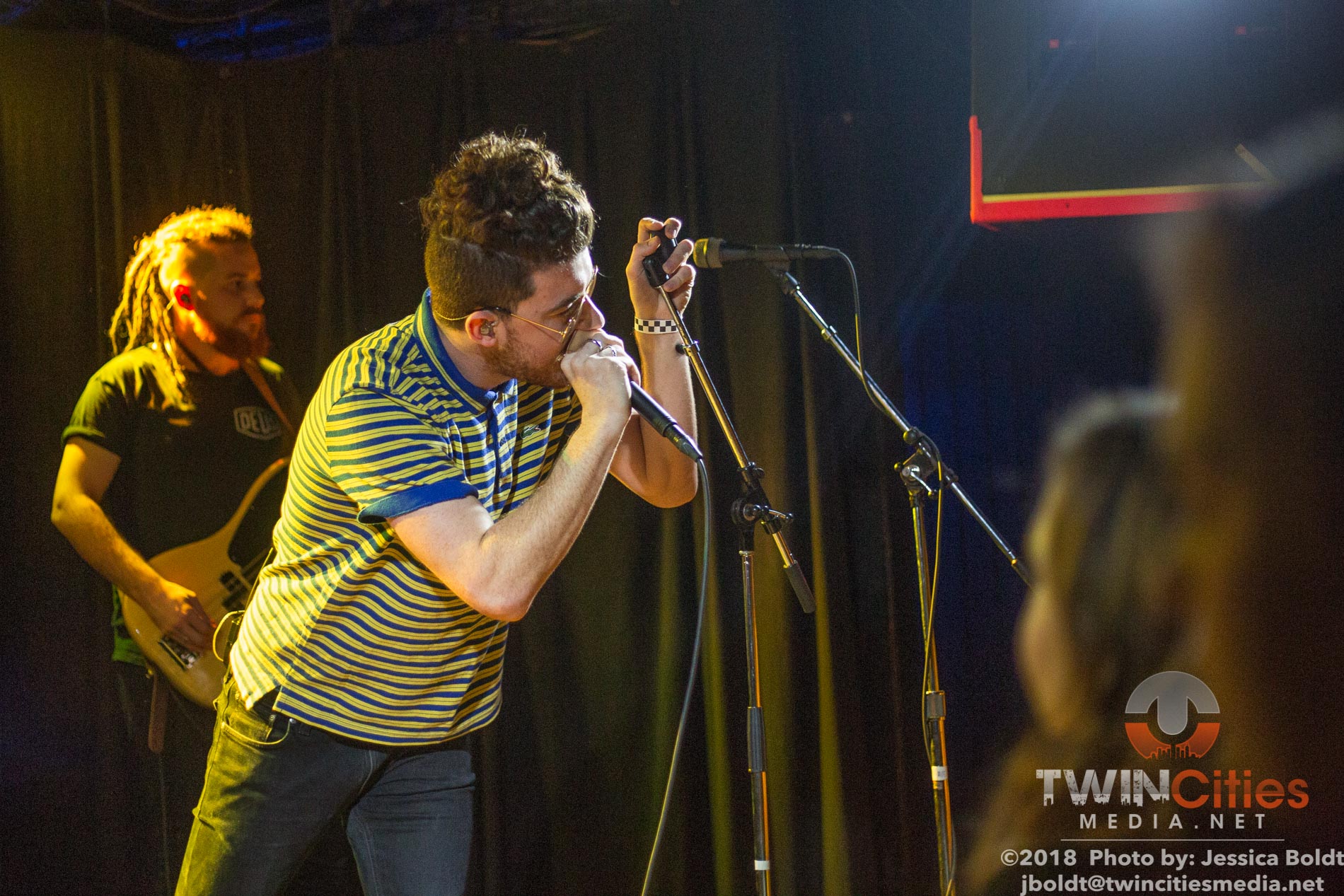 The Xcel Energy Center in St Paul is preparing for the hard truth this Sunday night (August 7th) … well, at least Gwen Stefani’s This Is What the Truth Feels Like Tour. Gwen Stefani is […]

MAKO has been part of the music scene for some time though much more a staple for some more than others. Our Story is one of MAKO’s original hit songs before the duo separated and, no […]

Queens of the Stone Age stay true at the Palace Theatre

Note from the editor: We are used to short notices in this business. There are a lot of moving parts that need to come together for the press approval process and final say often lies […]