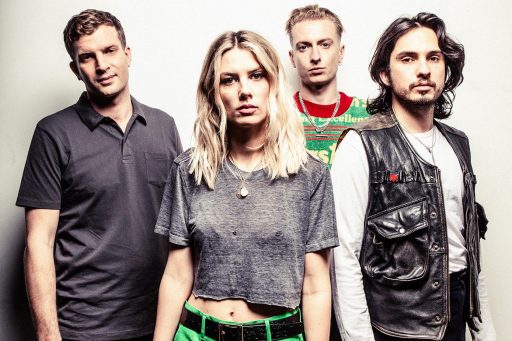 Mercury Prize winners Wolf Alice will appear at The Fine Line.  At this time, a few tickets may remain.  Details can be found HERE.

Wolf Alice is one of those bands that achieved immediate success with their debut album My Love Is Cool.  It shot up to #2 on the UK charts.  If that wasn’t enough, the follow up effort earned the band international acclaim.  The 187 tour dates brought with them a Grammy Nomination for Best Rock Performance.

The band’s third effort, is titled Blue Weekend.  Expect to hear plenty from that to along with the hits.  This is a lot of band in a room like The Fine Line.  This is a big time rock band that’s done Glastonbury and sold out the likes of London’s Brixton Academy.

Opening for Wolf Alice is The Blossom; the current project of Australian artist Lily Lizotte.

The newly opened Verizon Event Center in Mankato, MN is not wasting any time getting shows.  Another such show is Martina McBride playing on Friday, September 9th, 2016.  With all the good acts booked within […]

A Conversation With Israel Nash. Coming To Turf 9/20

Fresh off a dynamite opening slot at The Palace for Nathaniel Rateliffe and The Night Sweats, Texas alt-rocker Israel Nash is coming back to town doing a full show.  He will appear at The Turf […]