Minneapolis is one of seven lucky US cities that PVRIS has chosen for their Fall 2019 Intimate Shows tour. Doors open at 6:30pm for the 7:30pm all-ages show at the Fine Line on Thursday, September 12th. Opening for PVRIS is emerging Indie-Pop artist, UPSAHL. This special show is SOLD OUT. More information can be found HERE.

Since forming in 2012 out of Lowell, Massachusetts, PVRIS (pronounced “Paris”) – comprised of Lyndsey “Lynn” Gunn (vocals), Alex Babinski (guitar), and Brian MacDonald (bass/keyboard) – has quickly created their own musical lane, blending rock elements with deep, atmospheric beats and pop-leaning melodies. They made their debut with the 2014 release of their first full-length album, White Noise, featuring breakout single “You and I,” which has racked up over 30M streams worldwide. Over a few short years, the band has amassed more than 220M cumulative streams, toured with Muse, Fall Out Boy and 30 Seconds To Mars and earned critical acclaim from the likes of the New York Times, Rolling Stone, Alternative Press, and Billboard, and performed on Jimmy Kimmel Live! and Last Call With Carson Daly.

PVRIS has released their new single, “Hallucinations,” on August 16, 2019 via Warner/Reprise Records. Frontwoman Lynn Gunn teamed up with Marshmello and Amy Allen (Halsey, Selena Gomez) to write the song, which she then produced with JT Daly (K. Flay). “Hallucinations” marks PVRIS’ move into the next chapter of their already successful career, embracing their pop sensibilities more than ever before. Alongside the release comes an official video directed by YHELLOW that fuses psychedelic and occult elements, creating an alternative dreamscape. The band will release an EP on October 25, 2019, followed by a full-length album early next year. The band recently unveiled another new track, “Death of Me,” the band’s latest since the explosive launch of All We Know of Heaven, All We Need of Hell (2017), which reached #4 on both the UK Albums Chart and the U.S. Alternative Chart, with leading tracks “What’s Wrong” and “Heaven” each garnering over 13M streams.

PVRIS will embark on a sold-out U.S. underplay tour in September, including stops in Los Angeles, Brooklyn, Nashville and more, plus a festival stop at Riot Fest in Chicago on 9/14. They posted the following message on their Facebook page about these special intimate shows:

Hello, friends, old and new. After working away in the studio for the last year, we are very eager and excited to go back out on the road, debut new music, and reconnect with everyone again. We wanted to go back to our roots and recreate the energy we experienced on some of our first tours ever. We have decided to do this by playing some intimate rooms/venues. We hope to feel every fan in the room alongside us and look forward to sharing these special nights with you. Due to the limited capacity of each venue, we strongly encourage everyone to buy tickets as soon as they are available for purchase.
For each show, 30 special guests who purchased tickets on the first day of sales (Friday, July 19th) will be randomly selected for a pre-show listening party. We will be hanging out and giving you the first listen of new and unreleased music. (Those selected will receive an email with more information.)
See you in September -XOXO

Indie-Pop sensation UPSAHL has every right to celebrate. Last year, she released her first proper single, “Can You Hear Me Now,” a bouncy, rhythmic, and poignant track that set the internet positively abuzz. “It’s a message to someone on the other end of a failing relationship,” UPSAHL says of the song. “It’s the kind of relationship that has been dysfunctional for a long period of time to the point where one person decides it isn’t worth the stress, time, or energy anymore.” UPSAHL went on to release “Kiss Me Now” and “Rough” (the former produced by Max Frost and the latter produced by Tim Pagnotta & Brian Phillips) that seamlessly blended elements of Indie Rock, Pop, and Electronica.

Now, UPSAHL is gearing up for the release of her new single, “The Other Team,” a cheeky, autobiographical track that she wrote about falling in love with her male gay best friend. “I wrote ‘The Other Team’ on the last day of a month-long writing trip,” says UPSAHL. “A few minutes into the session, the concept just sort of came to me: ‘I think we should write a song about falling for a gay guy.’ Everyone can relate to being into someone that they know they can’t have, whether it’s sexual orientation, or just plain disinterest in you (haha). My best friend Zack is gay, and he and his friends always talk about crushing on straight guys. It’s just something that everyone deals with in one way or another: someone is always swinging for somebody else’s “Other Team,” so I wanted this song to be a playful spin on that.”

Given the maturity in her craft, it’s nearly impossible to believe that Taylor Upsahl, who goes by simply UPSAHL, recently tossed her mortarboard in the air as a high school graduate. For someone so young, the Phoenix, AZ native is a remarkably skilled singer, songwriter and performer. It’s no wonder the Phoenix New Times proclaimed that her “songwriting will blow you away” and that her songs “transcend her teenage years, with catchy lyrics and melodies relatable to all ages.”

A local darling for national touring acts in Phoenix, UPSAHL recently played the McDowell Mountain Music Festival, opening for artists like The Shins, Beck, and Flume. Born into a musical family, UPSAHL started playing both guitar and piano at the age of 5. “My dad was touring in bands long before I was born,” shares UPSAHL, “so I was lucky enough to have a band room in my house all throughout my childhood. Having access to instruments and a thorough understanding of music allowed me to start writing my own stuff when I was 13.” By the time she was 14, UPSAHL had written and released a self-titled EP, which gained much-deserved recognition throughout the Phoenix music scene. A graduate of the Arizona School for the Arts, a performing arts middle/high school, UPSAHL continued to hone her craft, while being classically trained on piano, guitar and choir every day.

Influenced by artists like The Shins, Spoon, Lorde and Beyonce, UPSAHL has an undeniable ability to write songs that can permeate your psyche, forcing you to tap into your deepest emotions. “I like to maintain powerful and complex lyrics that are relatable to a variety of people in a variety of situations,” shares UPSAHL. “I especially like to write about relationships, friendships, politics and important cultural issues.” At that start of 2018, UPSAHL made the move to Los Angeles, where she’s currently working on music with a wide range of songwriters and producers, all the while releasing a constant flow of new material to the masses. “I’m incredibly excited to see what’s next,” affirms UPSAHL. “Not only has my sound evolved, but so have I.” 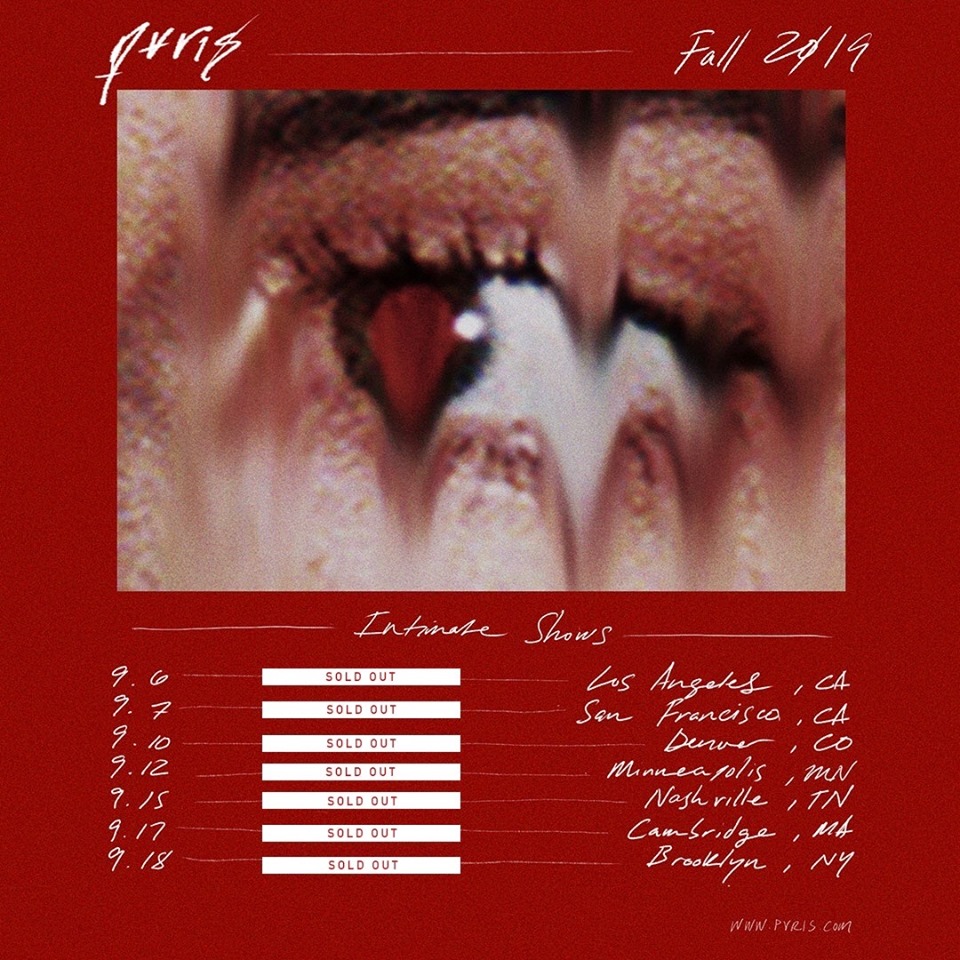 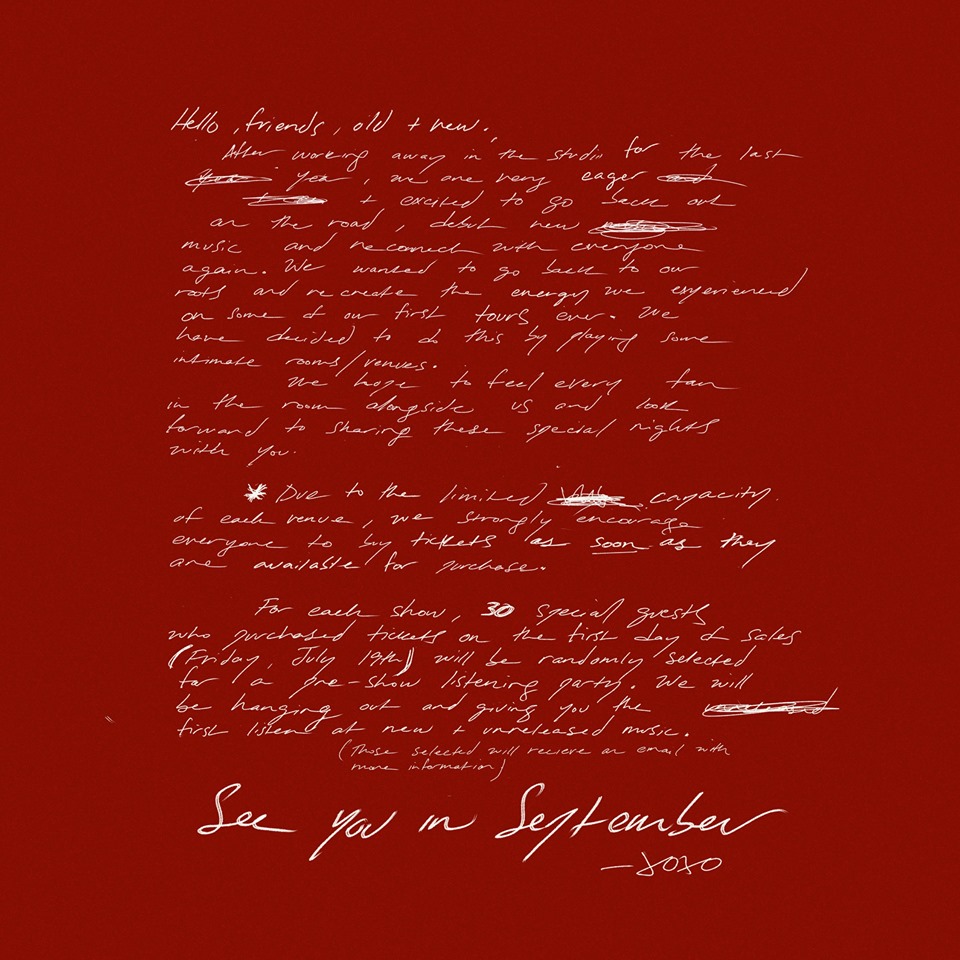 Ike Reilly is one of those under the radar guys. His first album, Salesmen and Racists, while critically acclaimed, failed to garner widespread buzz. His songs are authentic, telling the stories of the down trodden […]

Photos by David Rubene Most shows have at least one band that doesn’t quite get me going. It’s not that there’s always a bad band on a show, more just one doesn’t shine as bright […]