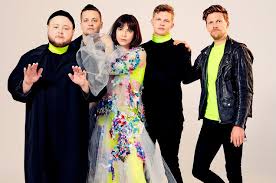 Icelandic folk-pop group Of Monsters and Men are making their way to Surly Field on the 14th of September. The band made quite a big splash back in 2012 with the release of their debut album, “My Head is an Animal.” Since then, the group has been busy redefining their sound to focus in more on pop influences and has released two more full-length albums.

Joining them is group Lower Dens. This pop band has been releasing music since 2012 and has released three full-length records.

Tickets are still available here but are running low