The cedar cultural center is proud to present John Hodgeman’s “Vacationland” this Sunday. Hodgeman became a household face with a popular Apple commercial campaign, but his career reached new height with a Resident Expert position on The Daily Show With John Stewart. Vacationland is a one man show put on entirely by Hodgeman himself. His show covers a variety of topics that seem to be themed around his upbringing in Massachusetts. If you are a fan of the Daily Show or have any interests in getting a laugh then this show is a must see.

Tickets and Event Info are HERE 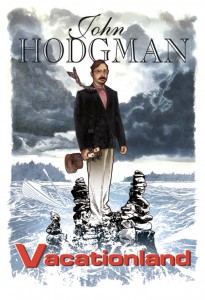 In it’s second year the Local Show’s Artists to Watch brought 10 bands to the Cedar Cultural Center and took advantage of their new outdoor plaza to show artists on 2 stages. The result was […]

Once again this week at Twin Cities Media, we found our concert calendar filling up very quickly. The sun is (trying) to shine, Memorial Day kicked off summer with a bang last weekend, and warm(ish) […]