Did you ever find that perfect fishing hole?  Or discover a great little hole in the wall restaurant?  You know how you can feel torn about telling all but your best friends about it?  There’s always this fear that if word gets out, it will never be quite the same.

So here I am telling you why you need to check out Karate Camp 2.  Go figure!  Passes and details can be found HERE.

Minnesota summers and outdoor music go together like peanut butter and jelly.  Consider for a moment the range.  Some festivals feature a line up of national acts, only a couple of which you’re keen to catch.  They cost an arm and leg. They’re wall to wall crowded. Parking generally sucks.  In most cases, it’s a sub-optimal spot to catch that band at the top of your list.  Somewhere along the line, jostling with crowds, standing a quarter mile from the stage to watch my band on a Jumbotron and waiting in Porta Potty lines lost its appeal for me. Been there.  Done that.

On the opposite end of the spectrum, a lot of events are truly DIY.  They’re not equipped to bring in the stage set up and calibre of bands to make the whole thing fly.  They don’t cost much because they usually don’t deliver much.  Many municipalities and organizations decide to do music events.  I applaud their efforts.  But often the people throwing them are business folks.  Their intentions outpace their expertise when it comes to throwing a music party.

I can count on one hand the number of festival events that find that Goldilocks balance.  The Hook’s Roots Rock and Deep Blues, along with both Midwest Music Festivals in Winona and LaCrosse come to mind.

What I love about them can be explained in a single concept: Vibe.  If you nail the vibe, all the music sounds wonderful.  If you miss it or over commercialize it, the musical experience will always be compromised.  Don’t believe it?  Are there venues in town you love to frequent when your favorite bands play?  Are there venues into which you don’t follow those same bands?  Some places feel like home.  Some don’t.

Rock and roll used to be, should be, readily available to anybody who loves it.  It’s shared.  It’s informal.  It’s loud.  Chock full of Peace, Love and…good vibes.  The setting and experience, the vibe, of Karate Camp 2021 ranks among my favorite all time music going experiences.  That’s literally half a century of attending concerts.  It was just about perfect.  Which explains my reticence to reveal it to you.  I wouldn’t mind if it expands a bit.  There’s still room to grow.  But I sure hope it never loses that “can do!, are we crazy?, don’t worry about it…”, DIY feeling. 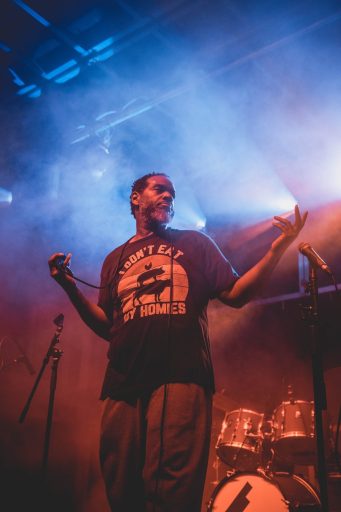 Following my 2021 Karate Camp, I told everybody in earshot:  “I sure hope people don’t find out about this.  Because when they do, this thing is going to grow.  As it grows, money and business will become bigger parts of the formula.  There will be all kinds of rules that must be followed.  When that happens, it will lose a bit of its soul.”

Because if there’s one thing we all know: rock and roll, rules and pursuit of the unholy dollar make for uncomfortable bed fellows.

The beautiful river town of Winona has had a music scene that punches far above its weight for years.  Much of that support and vibrancy has pollinated Rochester and LaCrosse in the past couple years.  When you create a scene and provide the stages, bands get good fast.  There’s this whole scene percolating down in the Southeast triangle. Music fans from that neck of the woods have been jumping in their cars and coming to the Twin Cities for their favorite bands forever.  Then one day, the best Twin Cities bands began to play down there to enthusiastic support.  And now the most dedicated Twin Cities music fans are starting to recognize what’s happening a 100 miles down the road and are making that reverse migration. 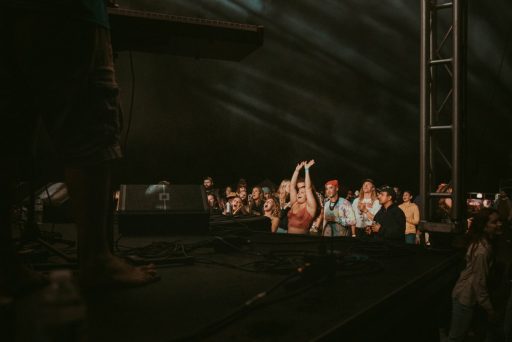 A few miles south of town, along that stretch of Mississippi known as the Driftless Area, you take a right up a winding road that deposits you at Briggs Outdoors; a magnificent property.  A beautiful flat green, bordered by a trout stream.  Majestic, wooded palisades reach for the stars.  A big stage.  Lights. Big sound.  Tents scattered along the stream at the back of the property.  The festival runs a couple days and many attendees and performers opt to camp and grill.  Tire swings.  Beer flowing without lines.  Pizza slung from the outdoor stone hearth as fast as the cheese can toast.  Local artisans selling requisite hippy stuff.

Most of all, smiles and laughter every where you look.  Especially on the faces of the artists as they watch the other bands dancing in the grass in front of the stage.

One of the upgrades from last year is a full partnership with Rochester’s Thesis Brewing Project.  Those are the folks who built a full stage in their brewery to support live music night after night.  A full range of high end craft beer will be on hand.  I’ve also heard that Chris Briggs, of the aforementioned stone pizza oven, will expand the options to include home raised burgers, hot dogs and curry.

If the weather cooperates….it’s as good as it gets.  Period.

Don’t start with the obvious question of “Who’s in the line up?”.  Trust me.  They’re all really entertaining bands and they’re inspired.  Come for the vibe if you are of the belief that Minnesota does music under the stars better than anybody.  Particularly when you’ll find yourself as a friend, among friends.  That’s what happens when Goldilocks gets it just right.

I figured I might capture a few reflections from artists who participated last year.  That way I could do a quick check to confirm it really was that cool; that somebody hadn’t slipped any E into my root beer.

“Having been fortunate enough to be at the first Karate Camp as an artist, I was amazed at how smoothly and professionally the weekend ran.  As a fan of music, I was in Paradise; surround by gorgeous scenery, top notch bands, and so many friendly, like minded folks.  I can only imagine how great Karate Camp will be!”

I will start off by pointing out that this festival was more organized and ran smoother than just about any event we’ve played. The folks running it are also there for a good time, but I always felt that there was someone keeping an eye out and making sure that everyone was having a good time and felt safe. The crowd reception we received at Karate Camp was starkly memorable. I think this was due to a collective understanding – something that is increasingly hard to find – that what people were witnessing, the weekend itself, was special. I wandered the grounds all weekend and heard conversations affirming that Karate Camp captured lightning in a bottle. Safe without being boring, rowdy and “free” without becoming sketchy. It isn’t even the beautiful farm nestled between the driftless bluffs that makes this event so special (it would be a lie to claim it doesn’t help) but rather the enthusiasm and respect given to and taken by all performance participants, as well as the crowd. If Karate Camp this year is only a fraction as interesting, rejuvenating, memorable, and unique as it was last year, it still remains my most anticipated outing of 2022.

Grab a friend.  Cruise down Highway 61 past Lake Pepin and the Eagle Center.  Please don’t run US 52 to Rochester and then over just because Google Maps tells you to.  Contemplate what an outrageously beautiful drive down the Mississippi you’d miss.  Let the loss of 10 minutes of your valuable time be damned.  Grab a hotel in Winona if so inclined.  The music just keeps going.  And I have a feeling the parties and campfires along the trout stream go loooong into the night.  Make a weekend of it.  Plenty to do and see in the area before music gets rolling each day. 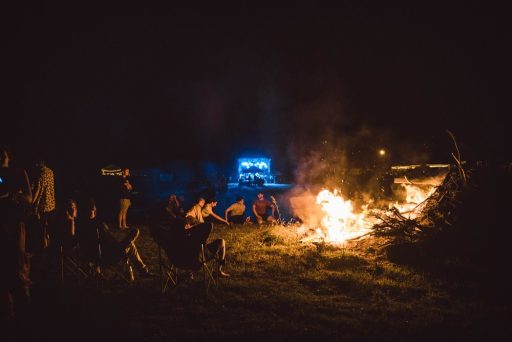 And don’t tell too many about it.  Please.  Just your best friends.  Really cool people.  Bring a lawn chair, even though you won’t use it much. All of us are there to participate.  Not to consume and then just leave.  Isn’t that the way rock and roll music was supposed to be before the suits got involved?  This reviewer has been counting the days for a year.  And I will have a few of my best friends in tow.

My Town My Music is a new arts promotion outfit in Rochester, MN.  The organization’s stated mission is to create and nurture a vibrant music scene in that city.  The plan calls for a focus […]

Good Things Come In Threes. The Posies Stellar At The Turf Club.

As somebody whose job it is to describe live music, I often tussle with an appropriate theme or hook for the review.  It’s not always easy.  As The Posies unleashed a wall of sound across […]

The Posies And Friends Bring Guitar Rock Extravaganza To The Turf, July 21

An exceptional night of high energy, quality rock and roll is coming to The Turf Club, July 21.  The Posies have been frequent visitors to the Twin Cities over the years and boast a dedicated […]