“Some folks are born made to wave the flag, oh they’re red, white and blue.”

It truly doesn’t get much more American than baseball, apple pie, and John Fogerty. That is unless you’re seeing the classic rock icon play a nearly sold out show on the 4th of July. Because when you think of America’s most classic and well known rock n’ roll songs of all time, you better believe the greatest hits of CCR top just about every list you could put together.

Last night, Fogerty and his band rocked out under the stars of a crowded Mystic Lake Casino Amphitheater giving Minnesota a 4th of July celebration to remember. It was apparent that after a year without live music and social gatherings, both Fogerty and the crowd were eager to party and commemorate the holiday 1969 style. 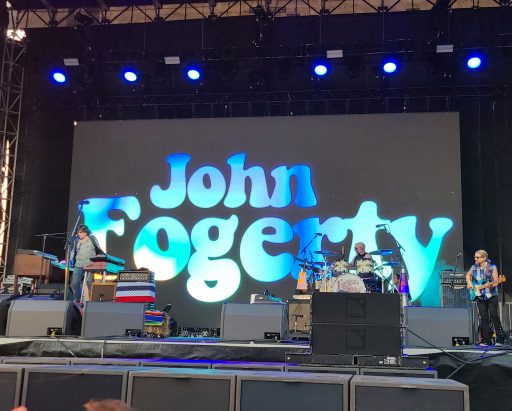 Fogerty’s highly decorated career spans more than 50 years, and the 76 year old rocker is currently is showing no signs of slowing down anytime soon. Earlier this year, he released a new album, Weeping in the Promised Land, and is scheduled to play 15 more tour dates this year in cities across the U.S.

Between being inducted in the Rock and Roll Hall of Fame (CCR), playing the original Woodstock Festival, 8 Grammy nominations, 1 Grammy win, and plenty of top selling albums, Fogerty has plenty of achievements that he could happily retire on. But what fun would that be?

Fogerty’s show at Mystic Lake Casino proved the singer-songwriter still has the chops and stamina to put on an amazing live performance. Just as the sun began to set, Fogerty came out sporting a bedazzled red white and blue star shirt and wasted no time getting the crowd on their feet. As the band gallivanted onto the stage, Fogerty went straight into beloved CCR classic “Travelin’ Band”.

But of course, that was only the beginning of the fun that was yet to come. Fogerty played plenty of homage to his beloved Creedence Clearwater Revival hits, but the most noteworthy part of the set involved Fogerty’s three kids joining him on stage.

Self dubbed as “Fogerty’s Factory”, the family quartet consisting of John; sons Shane and Tyler; and daughter Kelsy, displayed an incredibly harmonious wall of sound that angelically unfolded on the stage. Fogerty’s Factory is primarily a product of the COVID-19 lockdown, as the band played and recorded many songs together during quarantine. Smiles and singing ensued as the family played covers of “Lean On” and “City if New Orleans”. 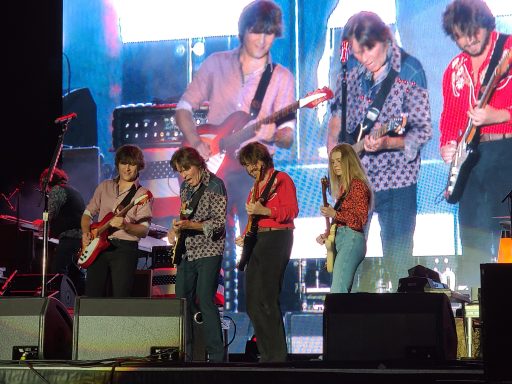 While Fogerty seemed to not miss a single beat all night, running around the stage singing to the crowd and wailing on his guitar, the other members of the band were equally impressive and solid. Well known rock and roll drummer Kenny Aronoff backed Fogerty all night, showcasing powerful drum fills, sharp precision, and a bass heavy drum solo.

Fogerty and the band were exceptionally tight, grooving and jamming in between the songs and getting the crowd moving all night long. “Have You Ever Seen the Rain”, “Centerfield” and “Fortunate Son”, wrapped up the band’s set followed by an encore of “Bad Moon Rising” and “Proud Mary”.

After Fogerty’s sprightly set came to a close, the guests at Mystic Lake Casino were treated to a dazzling display of fireworks. Between the music, the gathering of people on a warm summer night, and the post-Fogerty fireworks show, it truly felt like we finally had a reason to celebrate again this year. And when someone asks what I was doing this time last year, “well, I can remember the Fourth of July.” 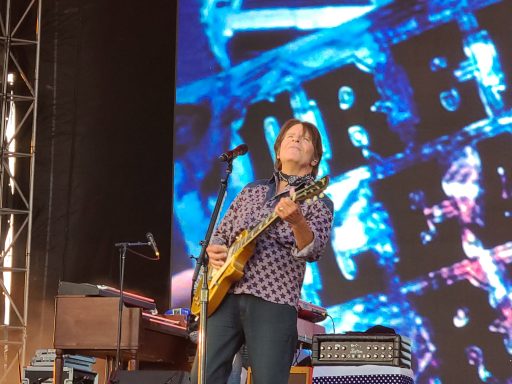 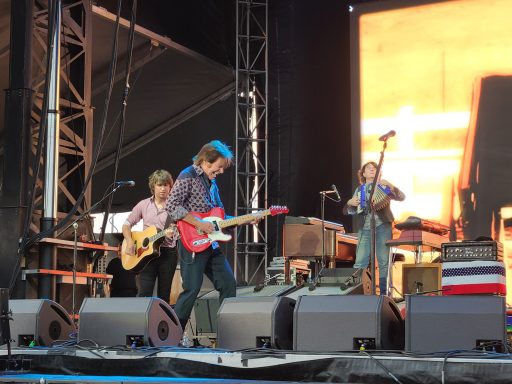 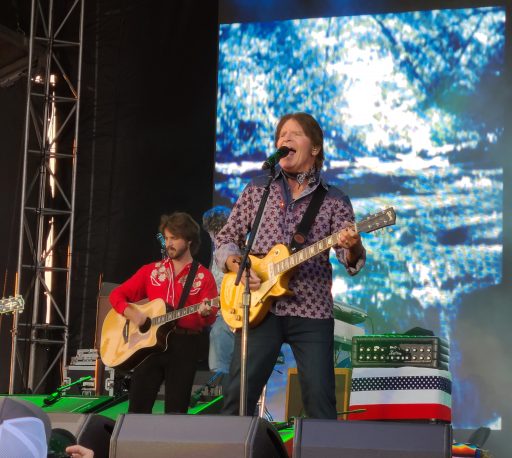 Southside Johnny And The Asbury Jukes At The Dakota. 45 years Strong.

Southside Johnny and The Asbury Jukes filled The Dakota for two nights and proved why The New York Times called them “The Ultimate Bar Band”.  They proved it all night long. John Lyon, aka Southside […]