Foreigner fans packed into the Mystic Showroom, ready for a great time at the SOLD OUT show. Foreigner certainly did not disappoint. From beginning to end the show was flawless. The only thing cold at the performance were the seats, as the entire venue was on their feet for the entire show. 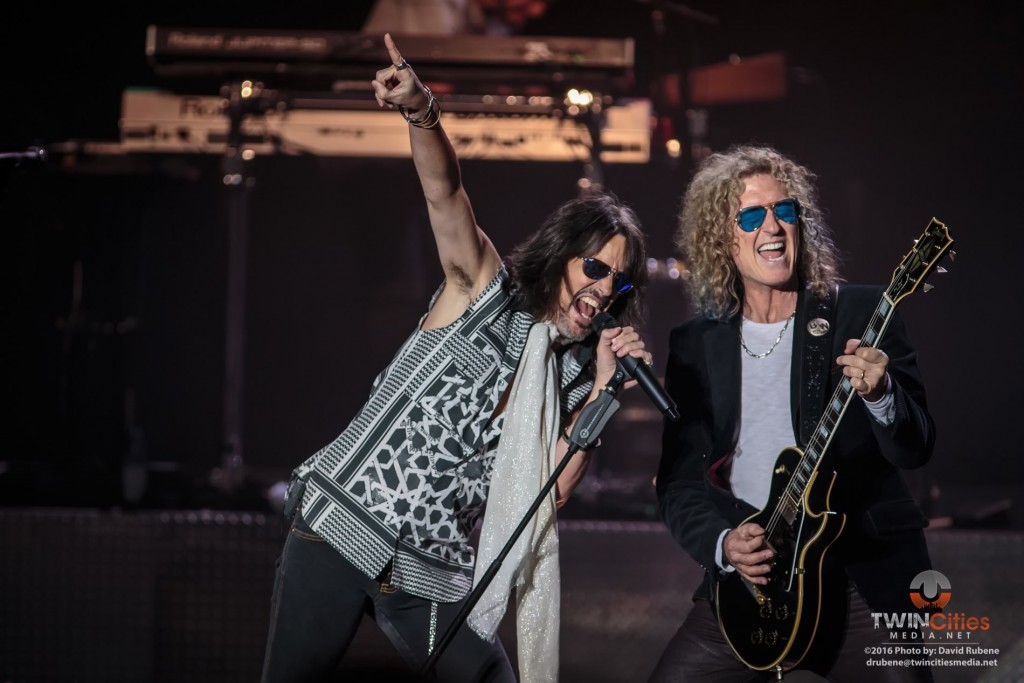 Foreigner opened with the hugely popular rock anthem Double Vision, with lead vocalist Kelly Hansen lighting the crowd on fire.  The rock stomper Head Games followed, much to the crowd’s delight. The night’s party was off to a great start. The group provided an arena rock flair without compromise in the more intimate venue. Cold as Ice, which featured some great harmonies, brought more screams from the sold out crowd. Hansen wasted no time engaging the audience, going out into the crowd, and walking across the seat tops, shaking hands with fans. 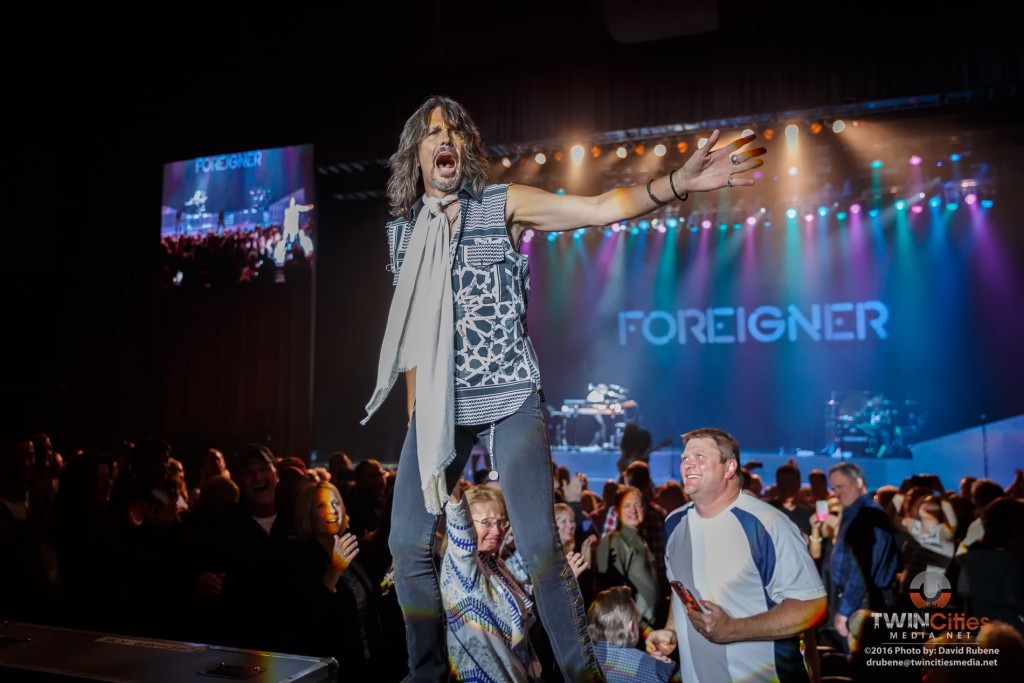 The band took a comparatively mellow turn with their 1981 hit, Waiting for a Girl Like You. Hansen nailed it which got the crowd energized for more. It was then back to the raw-meat rock of Dirty White Boys, followed by the atmospheric introduction to a toned down Say You Will. The latter song really showed the great harmony the band has continued to maintain. 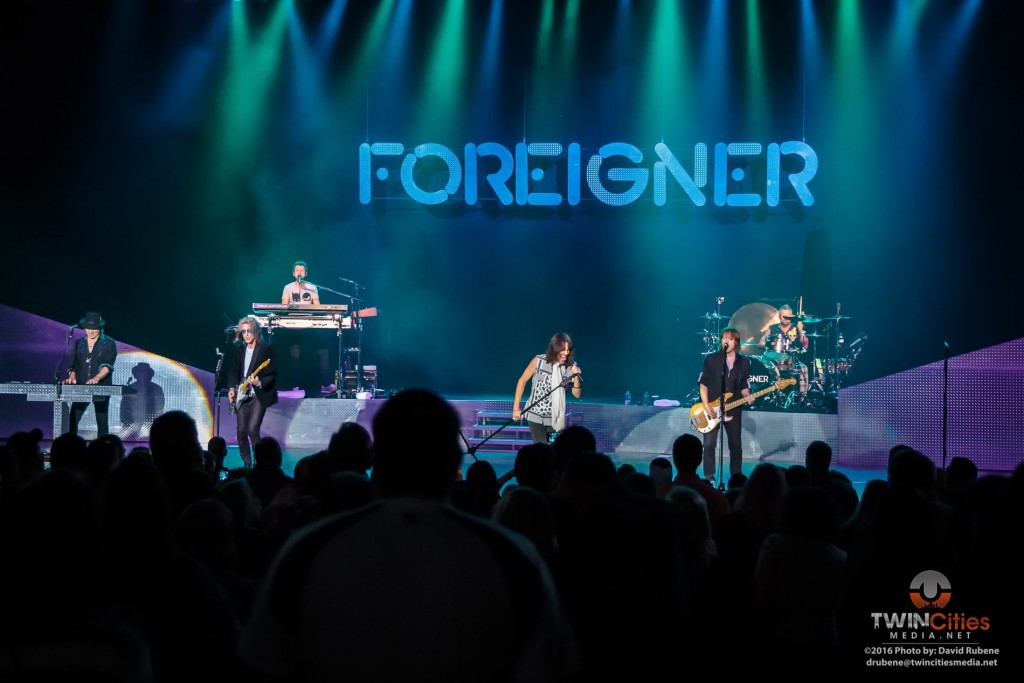 After band introductions, they launched into the band’s first hit, Feels Like the First Time. The show took a great jog down hit lane with Urgent, and  finished up with Juke Box Hero.

As the crowd roared, you knew that an encore was eminent. Foreigner started off the encore with Long Long Way. The band then dropped into the well-known and widely popular I Want to Know What Love Is, which featured choral backing vocals by the Prior Lake High School Choir. As the night, came to a close, Foreigner capped things off with the iconic Hot Blooded. 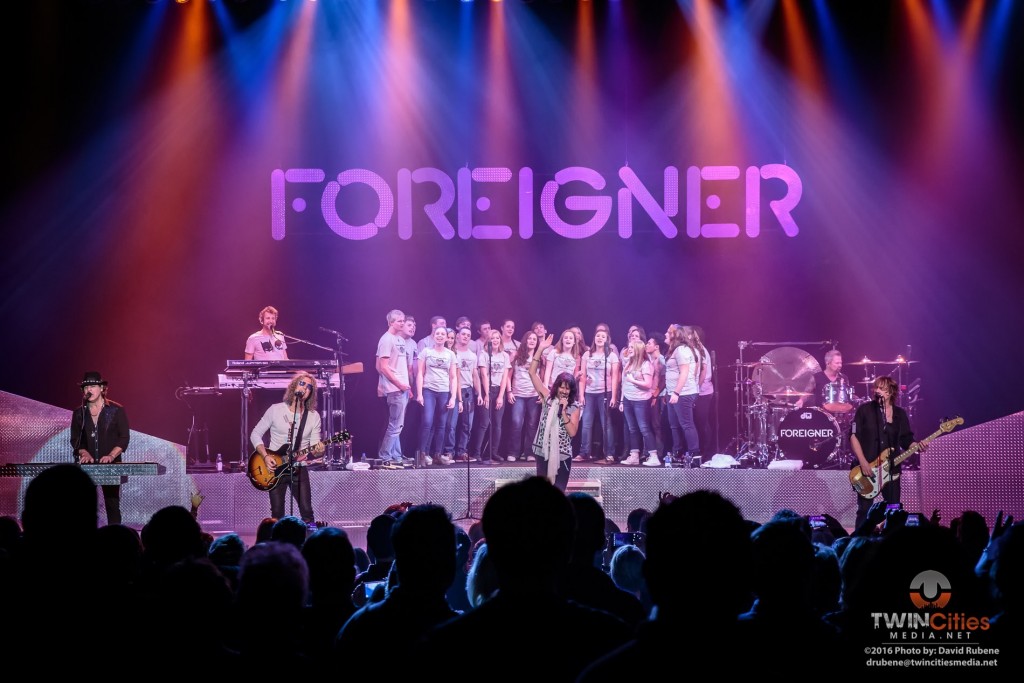 The continued cheers and screams for the sold out Mystic Showroom said it all. Foreigner proved that rock is alive & well and that the band continues to successfully deliver outstanding performances.

Five time GRAMMY-winner Marty Stuart announced his headlining US tour in support of Way Out West, his 18th studio album. Marty will play the Fine Line next Tuesday 4/11. The dates include stops in Los […]

A No Good, Very Bad Day Fixed By The One And Only T-Pain

Yesterday was one of those no good, very bad days. I gave in to a killer headache around lunch time and went home to try and sleep it off. I woke up from a six […]

The best duo to come out of Germany since Milli Vanilli…………I am sorry, I could not resist. In fact Milky Chance are as far removed from the that abomination as they can be. The duo […]