Beach Weather is a pretty new band. So new that finding slim details about them takes a bit of digging. Either that or they are the unofficial CIA house band and everything is classified.

They are currently opening for The Maine on their #FreeForAll tour. The band may be new but is composed of experienced artists. Singer Nick Santino (formerly of A Rocket to the Moon), Bassist Reeve Powers (Reeve Powers & the Revelries), Drummer Austin Scates, and Guitar Player Ian Holubiak. Their first EP “What A Drag” is out and available online. The band’s site only links to Itunes but fear not, my non-conformist friends other online stores and services have it as well. 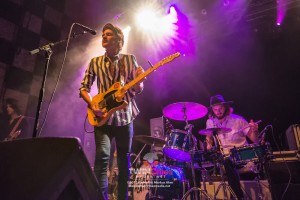 I am not sure how many fans showed up specifically to see Beach Weather but a couple of songs into their set they had the audience going, and by the last song many would remember the band’s name and their music. The set was polished, especially considering that this was one of their first live performances (I think they said it was their 4th). This is a band to watch.

Overheard in the crowd as the band came on stage:
Girl 1: OMG THAT guy!
Girl 2: What guy?
Girl 1: THAT guy! The guy with the hair! (pointing at Holubiak) 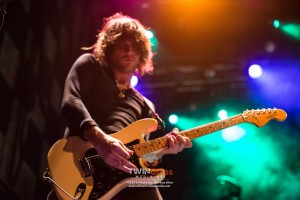 Whitney sells out the Triple Rock

Fresh of the release of their debut album “Light Upon the Lake” Chicago’s Whitney played the sold out Triple Rock yesterday. Opening was Bloomington, IN band Hoops. Their first time in Minneapolis their attempts to […]

I hope that one day I’m famous enough to throw myself a birthday party at the legendary First Avenue. Even if it does happen, it probably won’t be as exciting as last night’s party for […]

Lindsey Stirling to Dazzle The Northrop 10/12

Lindsey Stirling is one of the biggest artist development breakthrough stories in recent years. A classically trained violinist from Gilbert, AZ, Lindsey has entered a futurist world of electronic big beats and animation, leaping through […]