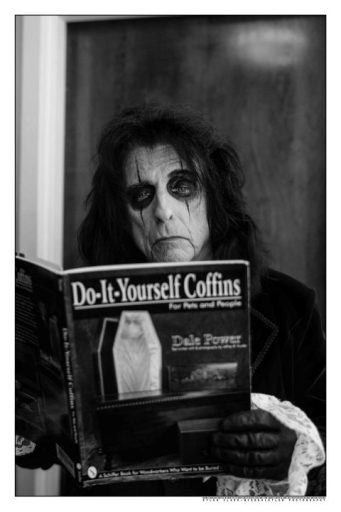 The OG of theatrical shock rock brings back the show that never ends to Mystic Lake on April 2.  This show is Sold Out.  Please check back on the Mystic Lake website in the event any additional tickets are released.  Information found HERE.

The band Alice Cooper dates back to the late 1960s.  Akin to acts like Jethro Tull and Lynyrd Skynyrd, Alice Cooper was a band name rather than the name of the frontman.  In Alice Cooper’s case, lead singer Vince Furnier actually changed his name to take advantage of the band’s skyrocketing success when the 1970s rolled around.

The band’s 3rd album Killers put them firmly in the spotlight with a couple radio hits to go along with a developing stage show.  When Schools Out hit the airwaves in 1972 the band skyrocketed into public consciousness.  Right behind it came Billion Dollar Babies and the rest, as they say, is Hall Of Fame History.

Unlike so many of their famous peers Alice Cooper has never rested on its laurels.  The band continues to record and tour.  Anyone fortunate enough to see the prince of the macabre live will tell you, it’s the ultimate mix of classic rock, killer musicianship and shocking theatrics.  For the most part, traveling carnivals like Alice Cooper’s no longer exist.  They are simply too expensive, too big, too involved to be practical.  Alice Cooper remains a testament to what a rock and roll show could have, should have and still can be.

Long time rockers Buckcherry will bring their renowned live show and string of hits to open the festivities.