The crowd appeared to be made up of a surprising mix of young girls as well as older women and couples.  Though I was expecting a younger crowd, I believe it is Scotty’s vocals and smooth sound that pulled such a broad mix of fans. He seems to pull from the country stars of the early 70s. By putting his own spin on the approach, it has a great appeal across generations. 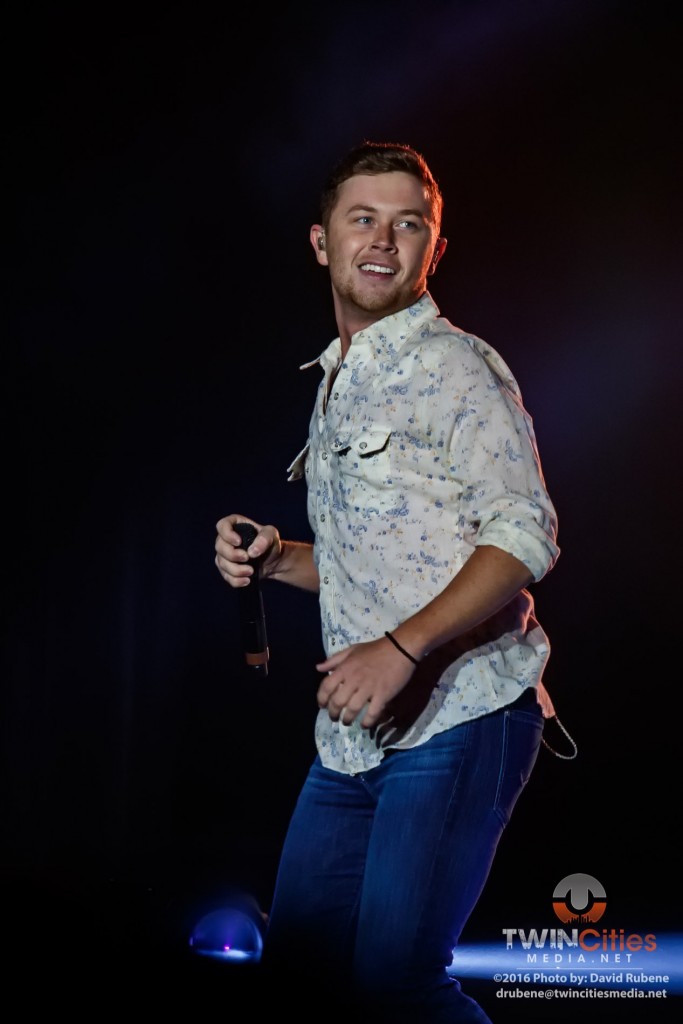 The music was extremely well-constructed, well- sung, and well-appreciated by the fans. The performance was a huge hit with those in attendance, especially when he played hits like Trouble With Girls, Something More, and Now. Even new song Five More Minutes that will appear on his upcoming album, pulled a strong (and emotional) response. In-between songs, Scotty was charismatic and relatable, talking about varied topics that got the crowd to feel emotion with him, like bringing back the classic names in Country that had great influence over his career thus far.

Scotty’s powerful voice and innate stage presence won me over last night. There’s a definite ‘real’ presence about how Scotty connects with his fans young and old. Scotty, who is now 21, is on top of the world and poised to have a very long and successful career with his legions of fans. It’s easy to see why they are so dedicated to this country star. He’s got the vocal chops, the catchy lyrics, and the dynamics of a great performer.

Be sure to keep up with Scotty McCreery online at:

The show I was planning on going to last night was cancelled. I was super bummer. It was supposed to be a night with Palmer T. Lee- a musician I fell in love with after […]

The North Woods, Stapleton, and Some Whiskey Tunes at Amsoil Arena in Duluth

Chris Stapleton, a man who in an era of bro country is a breath of the old school I imagine when Merle and other were in their hay day. A man that when I saw […]

MC Lars And Friends Bring Smiles, Good Energy And Geekiness to Studio B

I’ve started hanging out with someone and he seems a bit fascinated by my show obsession. He seemed surprised by the way I could shrug off certain amazing artists just because I had seen them […]