I believe most concert photographers have a ‘bucklist’ of some sort of artist or bands they what to cover live. For me, the list seems to evolve a bit each year, but clearly towards the top of the list is Michale Graves. With his Beginning of the End Tour getting lots of buzz in the Twin Cities, Friday night couldn’t get here soon enough, and with the Amsterdam Bar hosting the evening, I knew that the performance would be really special. I totally underestimated the evening as the performance something just short of amazing!

Kicking off the night of music, Ithomiid took the stage and quickly set the tone for the evening. The Minneapolis-based progressive punk band was hard hitting and never seemed to let up. Their catchy songs almost appeared to cross between the Misfits, Nirvana, and The Ramones. With the crowd almost immediately engaged, the night was off to a great start.

Next up, Toy Planes hit the stage with a smashing set. The Minneapolis trio lit up the crowd with their hard driving alternative style. With all the members coming together from different bands, the blend clearly makes up the solid foundation of Toy Planes. In addition, their eclectic style that seemed to combine punk, rock, and metal which appealed to the broad ages of the crowd.

Michale Graves may no longer be fronting the legendary Misfits or playing large venue shows, but he gave one monster of a performance. The Amsterdam was filled nicely with fans both new and old, many sporting the Misfits’ famous grinning skull the Crimson Ghost. With Fall narrowing down towards Halloween, all in attendance seemed to be in the spirit of the season and ready to rock it out accordingly.

Graves hit the stage wearing his trademark face paint and “scarecrow” hat, which drew a huge response from the crowd. Graves and his band quickly launched into “American Pyscho” playing it with a faster, more aggressive, and heavier speed. The crowd took off into a fury as the floor soon filled with moshing bodies as fans pushed their way to the front to get close to the stage. 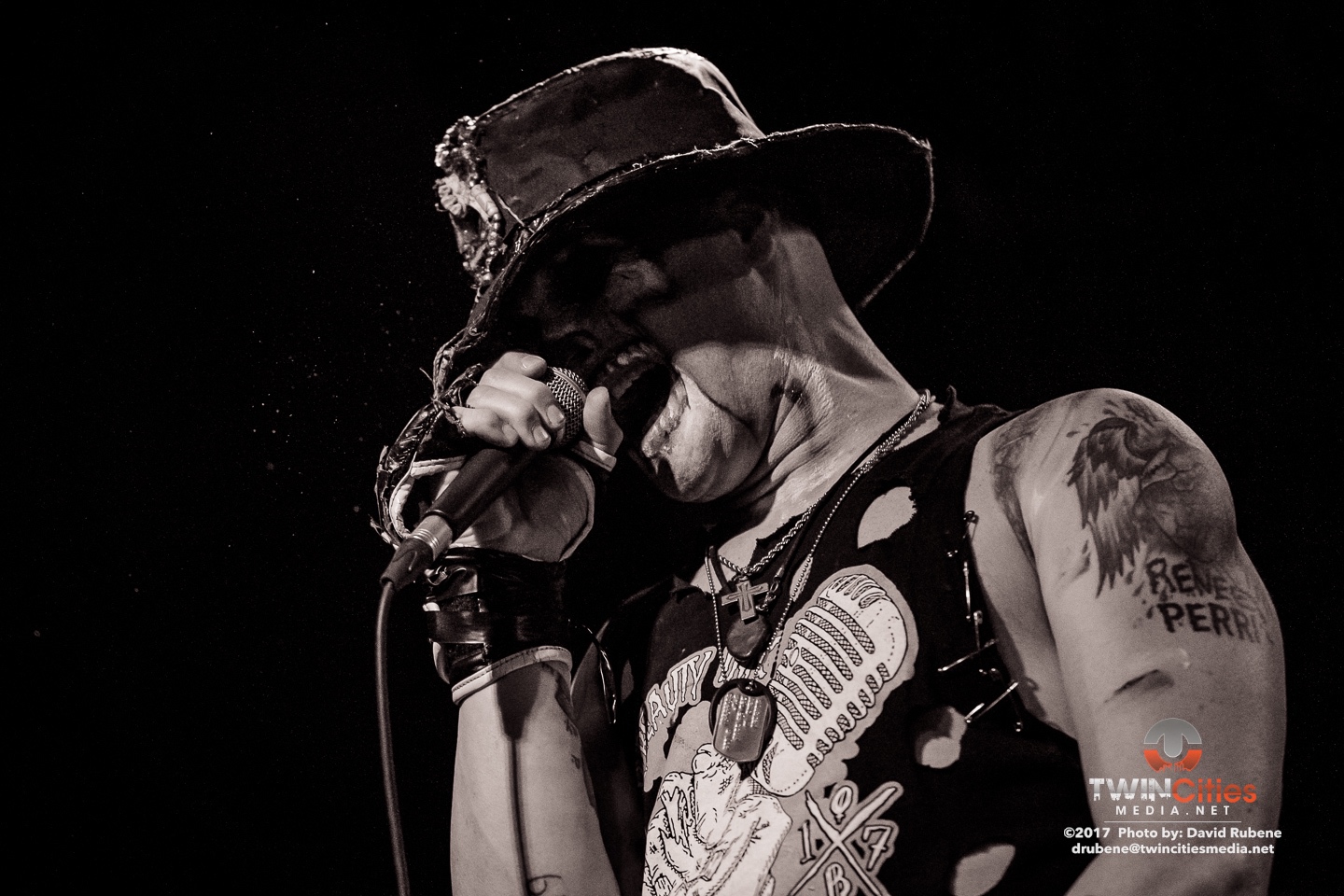 Graves and his band did not lose an ounce of momentum as they played all of the classics the fans wanted to hear including, “Walk Among Us”, “Scarecrow Man”, and “Crimson Ghost”.  Song and song was hammered down in a seemly solid non-stop fashion. The only break in the action seemed to come when Graves explained that the set was going to jump into the encore portion. For the final song of the evening, Graves performed perhaps his most well-known song, “Dig up Her Bones”, and the crowd took their last chance to get crazy before the night ended with pit again taking over the floor.

For Graves fans this show had everything they wanted as he performed songs from all throughout his career including Gotham Road, The Misfits and more recent solo material.

After the powerful and certainly exhausting performance, Graves and the entire band were even cool enough to hang out, meet with fans, take photos, and sign autographs. For me, looking at the bucklist … Michale Graves photographed in concert … check!

Petal and Camp Cope Bring Fans To The Entry

I have always enjoyed the part of work at TCM that exposes me to new artists.and since I’m the primary backup for our writers and photographers I find myself at shows that I would never […]

I met up with my friend Jessica before heading to the show on Sunday. Jessica also writes for Twin Cities Media and we try and meet up every once in awhile to just decompress. We bitch […]