Dropkick Murphys have been cranking out music that brings hipsters, ska fans, and dads together since the mid 90s. Each time a new album comes out, they somehow find a way to enhance their sound just enough to keep everyone on the edge of their seats but not so much that they lose that special something that they’ve been bringing to the airwaves for decades. I distinctly remember the excitement I felt going to my first Dropkick Murphys show in early high school. I, of course, showed up with a gaggle of other 14 year olds in studded belts and Doc Martens, but was surprised to run into my science teacher right against the barricade at showtime.

Dropkick Murphys latest album, 11 Short Stories of Pain & Glory, was released in January 2017 but had, for some reason, flown under my radar. Today, full of the excitement and anticipation of a long time fan, I finally took the time to sit down and give it a listen. Right off the bat track one, “The Lonesome Boatman,” made me feel like I was watching an intense nature documentary with airy woodwinds and some rhythmic “oohs” and “ohs.” Interestingly enough, both of my cats immediately flocked to my laptop to gather around a listen, something I’d truly never seen them do before. 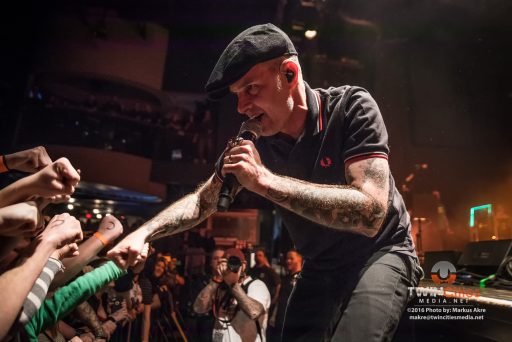 The next few tracks were a little bit closer to what I’ve come to expect when I listen to Dropkick Murphys. “Rebels With A Cause” had a good narrative going on and drew me in almost immediately. Reminiscing upon the good old days of listening to their 2005 hit “I’m Shipping Up To Boston” pretty much 24/7, I chugged along to the next few songs feeling satisfied and nostalgic.

The beginning of “Sandlot,” track four, felt a little bit more acoustic… which I loved. When the chorus came along those acoustic vibes faded away slightly and made way for “First Class Lover,” my personal favorite on the album. It began similarly to track one, with some sounds that would fit in perfectly on a mid-summer camping trip. Frontman Ken Casey’s vocals quickly cut in and tell the tale of just what you’d expect- a first class loser- and all of his lame traits. This track is just begging to be sung by everyone at the bar over a cold beer.

The next few tracks followed suit and all seemed almost as fun to sing along to as “First Class Loser.” As the album came to an end, those “Planet Earth” vibes came back to play with “4-15-13” and I found myself swaying to and fro on my couch as if I was hearing these songs live… and this wasn’t the first time I had felt the energy of a live show while listening at home. When the last track, aptly named “Until Next Time” came on and left me feeling optimistic and ready for more. I found myself thinking back to that show in high school and feeling the significance of the fact that there were students and teachers enjoying the same performance. I didn’t run into my teacher because he was a necessarily cool dude. I ran into him because Dropkick Murphys create music that brings everyone together for the sole purpose of having a good time. Their newest album, “11 Short Stories of Pain & Glory,” continues that tradition and builds upon an already amazing catalog of music.

As Dropkick Murphys so gracefully tell us in their final track, “until the next time it’s farewell and not goodbye,” and I hope that it’s not goodbye for a very long time.

Catch Dropkick Murphys at The Armory on June 8th to hear some of these tracks and lots of classic favorites live! Tickets available HERE. 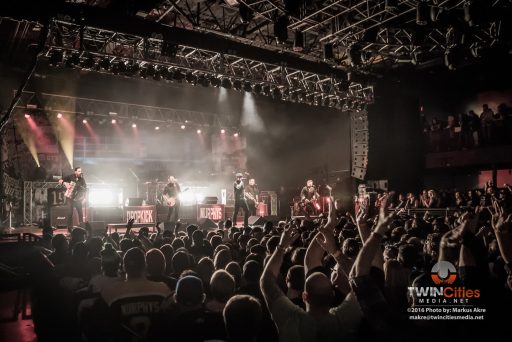 Deer Tick kept it exciting at the Cedar Cultural Center

What do you get when an alt-rock band from New England and a musical comedian join forces during a Minnesota autumn? A sold out, fun as hell, Friday night. The Cedar Cultural Center was filled […]

The second Sad Summer Fest was announced, I knew I had to attend. I grew up a child of MySpace, Warped Tour, and Hot Topic. Ever since I can remember, I’ve had a countdown or […]