Down and Outlaws, a four-piece hailing from San Francisco, released their latest album “Above Snakes” on July 8th and unleashed upon listeners a plethora of new favorites. Although it was recorded in just six days at Studio 606 in California, there was clearly quite a bit of thought and emotion put into the piece as a whole. John Lousteau, who has worked with artists ranging from Buckcherry to Foo Fighters, produced the album beautifully and gave these rock songs just the right pinch of grittiness.

“Roll That Stone,” the album’s opener, comes in strong with funky guitar riffs and catchy, easily memorizable lyrics. “I am in way over my head, in nothin’ but trouble,” vocalist Peter Danzig’s raw, raspy voice tells the listener. This idea of being in trouble, or being the trouble yourself, is a recurring one throughout the album. Danzig is a “bad boy,” and he doesn’t care who knows it, which is made very clear in track two, “I Don’t Care,” where that exact phrase is repeated in the chorus.

The next few tracks are all a bit similar to each other, but immensely enjoyable to listen to nonetheless. The tone changes from “badass Sons of Anarchy soundtrack” to “deeply honest but still pretty hardcore love song” at track six, “Way She Rolls.” It quickly picks back up, though, when the funky “Don’t Call My Name” hits the speakers. If this doesn’t get hips shaking and shoulders shimmying, nothing will. It’s truly a song made to be danced to.

The tracks stayed upbeat until the closer, “Everytime I Use You,” which was a well executed change-up from the urgent nature of the rest of the album. Accompanied by a harmonica and some subtle strums of a guitar, Danzig slowly and sadly sings, “I’ve tried to stumble home to you/ I’ve found there’s nothing left to lose/ But I tumble out of reach from you.”

The total change-up in the final song leaves the listener already eager for both a follow-up album and for the opportunity to hear “Above Snakes” live.

Down and Outlaws have two shows coming up in California, but nothing scheduled for here in the Twin Cities just yet. You can buy their album digitally or purchase it on vinyl, a very smart idea thanks to the musical complexity of this record, in their webstore. 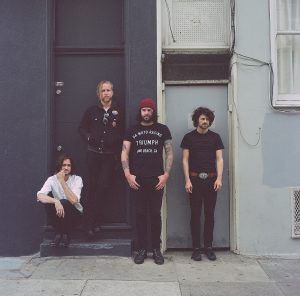 St. Paddy’s was a Party with P.O.S. at First Avenue

While the masses were all hitting the bars for green beer and shots of Jameson on Friday night, the real party was the P.O.S show at First Avenue. His latest album, Chill Dummy, came out […]

Dropkick Murphys have been cranking out music that brings hipsters, ska fans, and dads together since the mid 90s. Each time a new album comes out, they somehow find a way to enhance their sound […]