The Loudwire Gen X Summer Tour, which features Buckcherry, POD, Lit, and Alien Ant Farm, have partnered with events company, Anrgirl Powered by vVents Music Entertainment, to broadcast the July 3rd show in Miramar, Florida as an exclusive live stream pay per view event. The show will feature an HD quality interactive live stream featuring full performances from all four bands. Admission will also include backstage hangouts and a Crazy Bitch Contest. Fans worldwide will be able to purchase tickets for the pay per view event. Get your tix in advance to get in on the pre-show interactive fun! For all information go to https://www.genxsummerlive.com/. 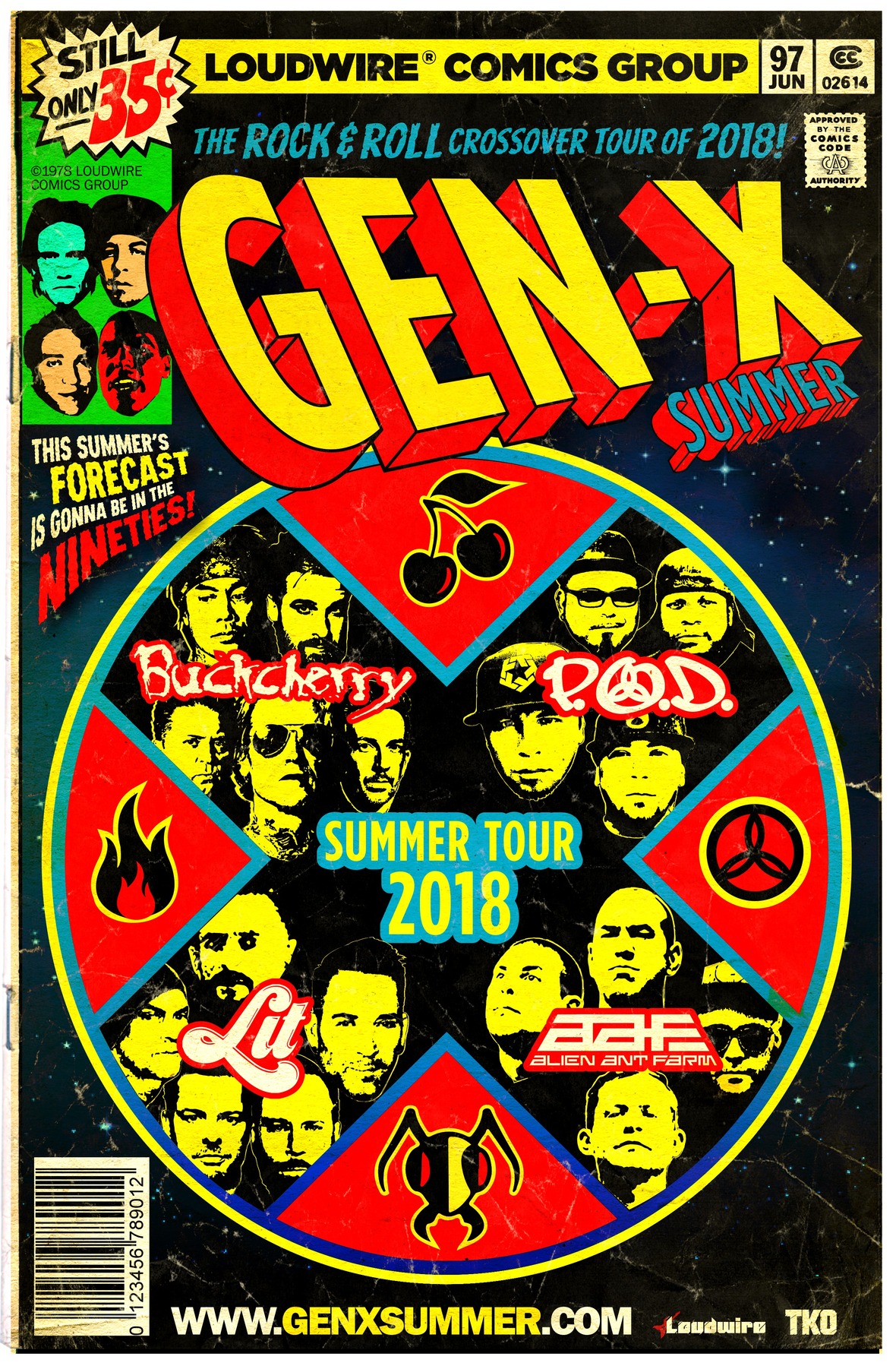 Generation X is known as being the generation of slackers, cynical and disaffected, but they’re also the MTV Generation, and they demand excellence in their music. As the traditional industry has deconstructed, fame increasingly narrowed to a small minority of bands, this generation of fans have continued to support and eagerly anticipate the raw, unfiltered experience of their rock Gods. Now, as a new rock music culture emerges, one defined by fans and artists rather than labels and MTV, LOUDWIRE’s GEN-X SUMMER WITH BUCKCHERRY, P.O.D., LIT and ALIEN ANT FARM is set to remind us that rock never died. 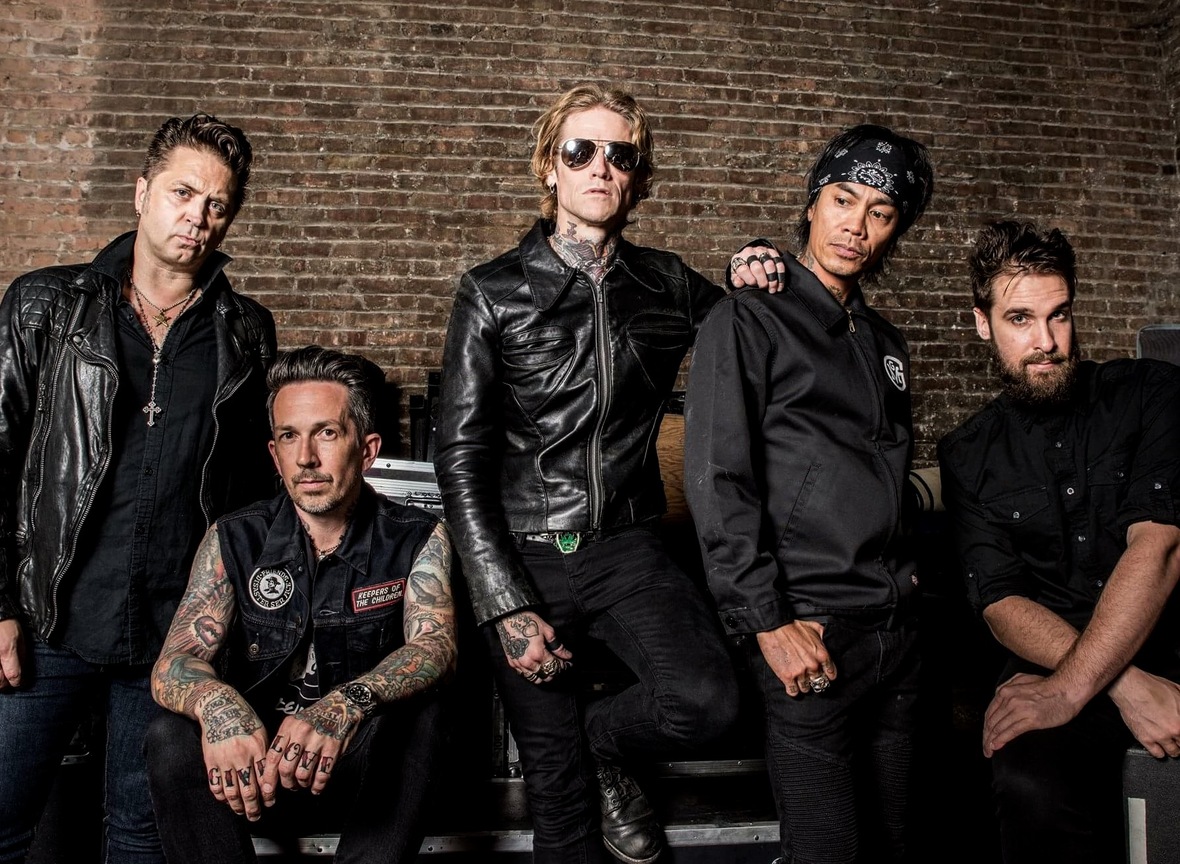 Anaheim based Buckcherry burst onto the scene in 1999 with their now classic, self-titled debut album quickly skyrocketing them into the ranks of top modern rock bands. Hit singles “Lit Up”, “For the Movies”, “Dead Again”, and “Check Your Head” brought the celebration back to the party scene, recalling the gritty glam impact of Mötley Crüe but with a Gen X demanded, modern self awareness . Later albums continued to develop their reputation for volatile, mercurial themes and infectious hooks; such singles as “Crazy Bitch,” “Everything,” “Too Drunk,” and “All Night Long” became screaming choruses for fans across the world. With their irreverent and bawdy lyrics, delivered with frontman Josh Todd’s whisky weathered vocals, paired with filthy guitar riffs and high energy, throbbing bass lines, Buckcherry has sustained a hard earned reputation for being the very definition of Rock Stars through 7 hot selling full length albums and an EP, as well as maintaining a not-to-be-missed live presence with regular touring schedules alongside such fellow legends as Mötley Crüe and Papa Roach. Buckcherry’s current line up includes front-man Todd along with Stevie D. (rhythm guitar and backing vocals), Kelly LeMieux on bass, Kevin Roentgen (lead guitar, backing vocals), and Sean Winchester (Drums).” 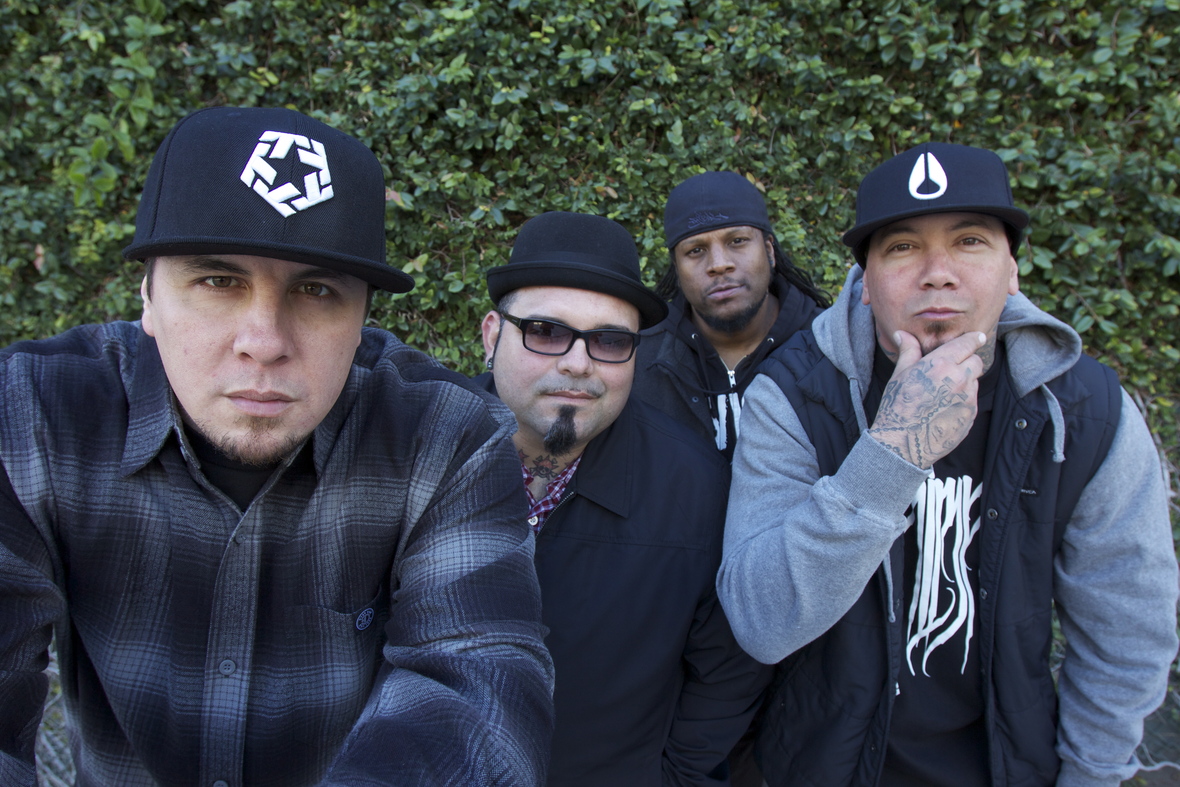 P.O.D. (Payable on Death) emerged from the San Diego metal scene in 1992, and their massive fan following quickly found them signed and releasing their top selling album, The Fundamental Elements of Southtown. The singles “Southtown,” “Rock the Party (Off the Hook),” and “School of Hard Knocks” became instant radio and MTV hits, which was followed by the RIAA-certified triple platinum album, Satellite. The lead single off of Satellite, Grammy nominated “Alive,” is recognized as a modern rock classic both for the raw talent and uplifting message. P.O.D. has continued to produce top quality metal music over the past 2 decades, seamlessly infusing dark, melodic metal with uplifting inspiration and hope. They’ve maintained a touring presence throughout, whether headlining their own or performing alongside Alter Bridge, Disturbed, In This Moment, Rammstein, The Offspring, and Godsmack. P.O.D.’s current line up is Sonny Sandoval (Lead Vocals), Marcos Curiel (Lead Guitar, Programming, Backing Vocals), Traa Daniels (Bass, Backing Vocals), and Wuv Bernardo (Drums, Rhythm Guitar, Backing Vocals). 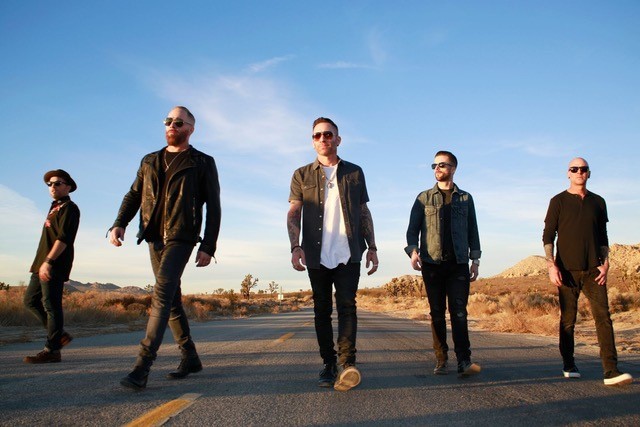 Fullerton, CA’s Lit came together in the late 80s and shot to stardom with the release of their Billboard topping second album, A Place in the Sun, via RCA in 1998. The first single, Billboard Music award winning “My Own Worst Enemy,” became one of the biggest hits of the year. The following singles, “Zip-Lock” (featuring Blink-182 in the video) and “Miserable” (featuring Pamela Anderson in the video), both also shot up the charts, driving the album to go platinum in the US. Despite the shocking loss of drummer Allen Shellenberger, Lit continued to develop a devoted fan following as they progressively evolved their sound from pop punk to a more country influence. Lit has maintained a constant festival and touring presence, including Warped Rewind At Sea, Rockfest, Download Festival, and Driftwood Festival. The band is currently A.Jay Popoff (Vocals), Jeremy Popoff (Guitar), Kevin Baldes (Bass), and Terry Sterling (Drums). 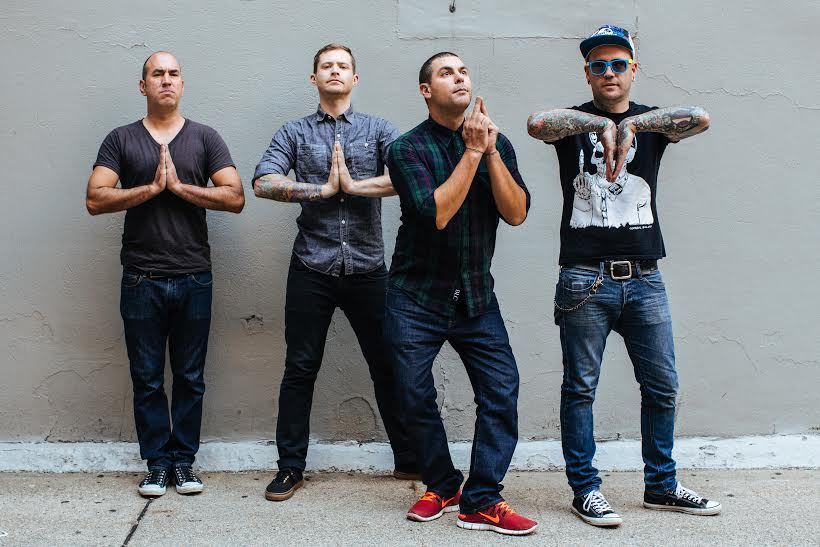 Since the formation of Riverside, CA’s Alien Ant Farm in 1995, the quartet has enjoyed worldwide success. Over the course of their four studio albums, cumulative sales surpass five million units a Grammy nomination and 4 top 10 singles. The band built a massive following on the road early in their career via high profile 2001 runs with Linkin Park, Papa Roach, Warped, and as the headliner on an MTV presented Fall Tour. In 2002, fame spread across the world, bringing Alien Ant Farm to the major European festivals, Australia’s Big Day Out and a headline run in Japan. The following year they returned to Europe with Metallica, and to this day the band has steadily delivered audiences in territories across the globe. Alien Ant Farm is currently touring with Dryden Mitchell (Vocals), Mike Cosgrove (Drums), Terry Corso (Guitar), and Tim Peugh (Bass).

Beth Hart finally made it back to the Twin Cities.  Her Pantages appearance was a rescheduled show after a viral infection laid her low last year.  The full house made it clear that they’d been […]

After originally being scheduled in January First Avenues Best New Bands of 2021 was a casualty of Omicron assault on concert schedules. But it is finally happening this Friday! So don’t snooze, get your tickets […]