There are times when I start to believe that the summer season is simply just too short. There are so many concerts and great music festivals that happen throughout Minnesota during the season, somethings it is hard to decide which to attend (and for TCM, which one we cover). The decision usually comes down to the search for a bit of the ‘ole WOW factor.

The WOW factor is exactly what I found when I saw The Big Wu Family Reunion XVI line-up. The festival has managed to round up 20+ artists into a 2-day event, August 12th and 13th at Camp Maiden Rock West in Morristown, MN. In addition, there will be a Pre-Party on August 11th. 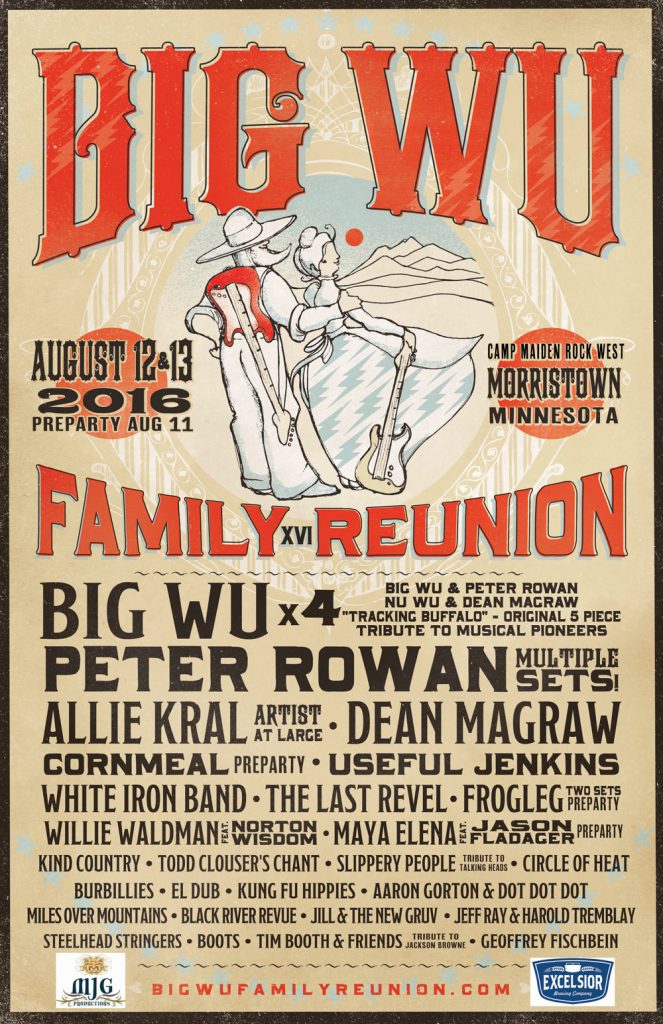 The very notable Peter Rowan will be playing both nights of the festival. This is quite impressive as Peter is one of the bigger names in contemporary bluegrass, having played with everybody, including Jerry Garcia and Dave Grisman in Old & In the Way and, most notably, he was one of Bill Monroe’s Blue Grass Boys in the late 60’s. 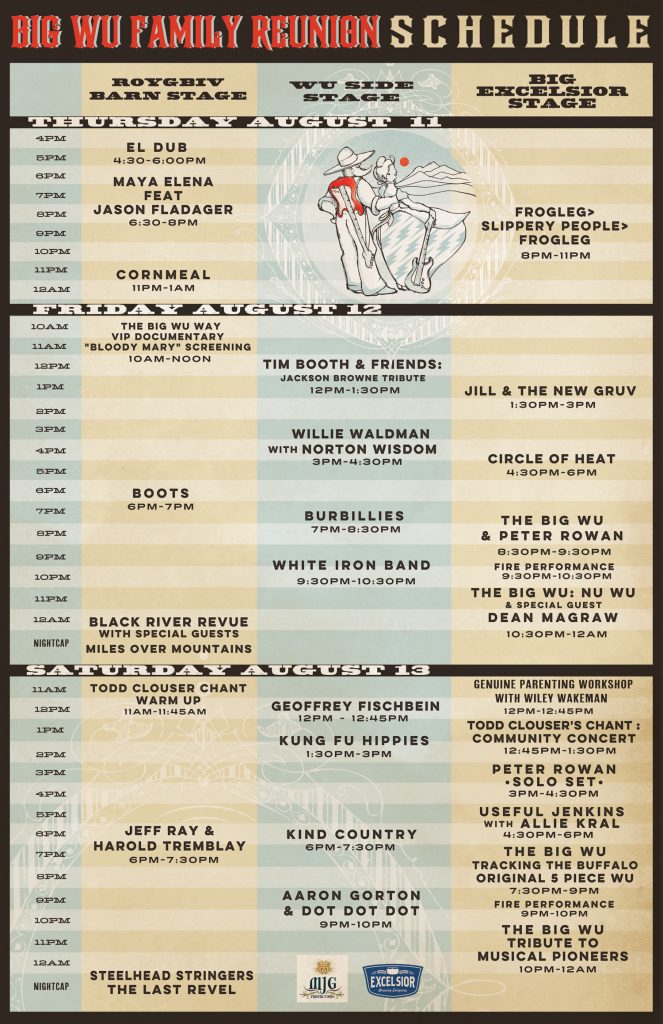 Accommodations: Camp maiden Rock is on the same level as harmony Park when it comes to festival experiences. Camping is included in the price of your ticket.

This will be a great time with great music, so don’t over think this. Make your plans to be there.

For those that haven’t had the chance to get into the Christmas spirit yet, Tuesday night played out to be the perfect opportunity to do just that at Lindsey Stirling’s show for her “Wanderland” Tour. […]

New York base electronic duo SOFI TUKKER is set to play the Fine Line Music Cafe on May fourth. This show is sold out, find tickets to other shows HERE. But do keep an eye […]

One thing you can always count on is a Soul Asylum concert at First Avenue around the holidays. The 2018 edition is Friday December 28th in the Mainroom. The show is presented by 89.3 The […]