Gwen Stefani’s Sunday night stop on her “This is What the Truth Feels Like Tour” at Xcel Energy Center truly played to the fans delight. Though it has been a while since Gwen has performed live, the concert pulled out all the stops and was a tremendous reminder of her spirited live performances. 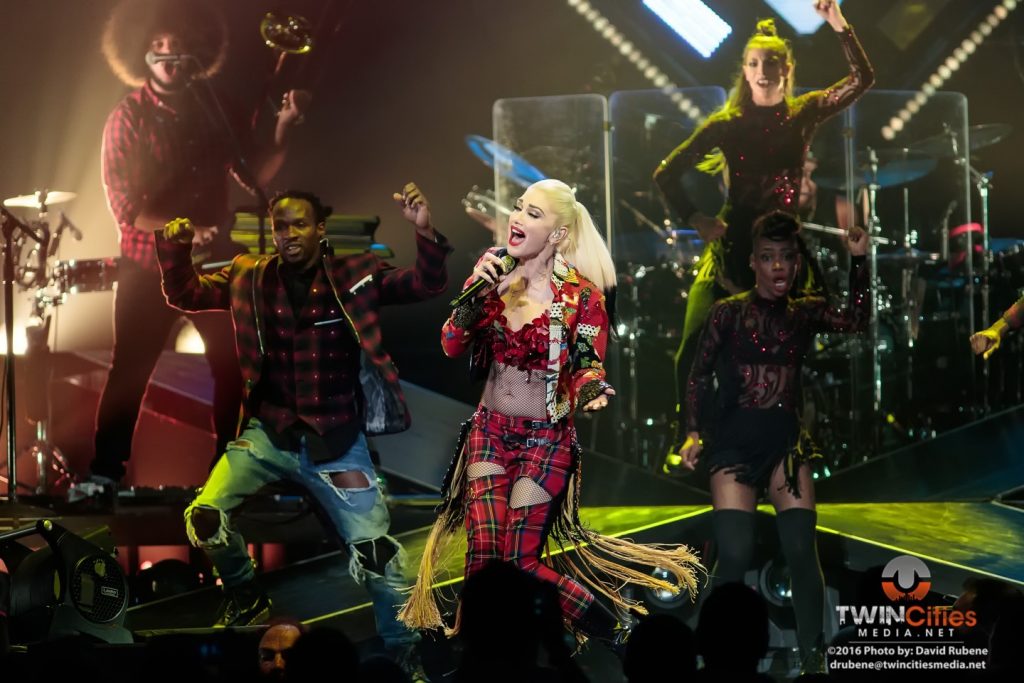 Eve opened the show with her own feisty set that included What Ya Want and a booty-shaking Tambourine. The Hip Hop/Rap artist got the crowd instantly on their feet and highly energized.

After a short break, it was time for Gwen to hit the stage and kick things into high gear. This was the 15th date of Gwen’s first major live run since 2007, and if she’s able to maintain the level of vigor on display in St Paul, she’ll have checked another accomplishment box this year. Joined by a four-piece band and eight rubbery dancers, Gwen performed in front of a series of angled video screens that projected splashes of color, whirring shapes and quirky animation throughout the show. With a trio of solo albums to cull from, including the excellent new musical autobiography that gives the tour its name, Gwen cobbled a fan’s dream set list – from the sharp percussive thwacks of Wind it Up to the solidly crafted popper Obsessed. Her voice was in fine form, fluctuating from a girlish hiccup on the musical midlife crisis What You Waiting For to huskier depths on galloping ballad Rare. 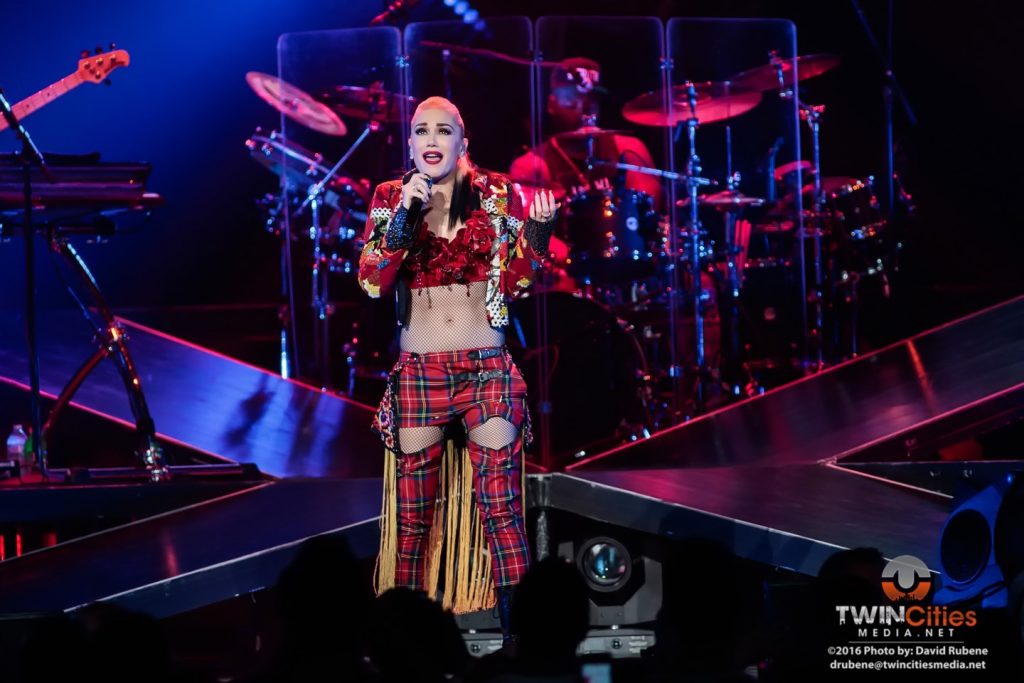 Gwen certainly didn’t neglect her history with No Doubt, either – treating longtime fans to that seemingly reggae sound that powers Underneath it All as well as the feisty Hella Good. A true moment of the evening came when she poured her heart into the wrenching Don’t Speak, which must seem like a teenage diary entry now compared to her adult life. 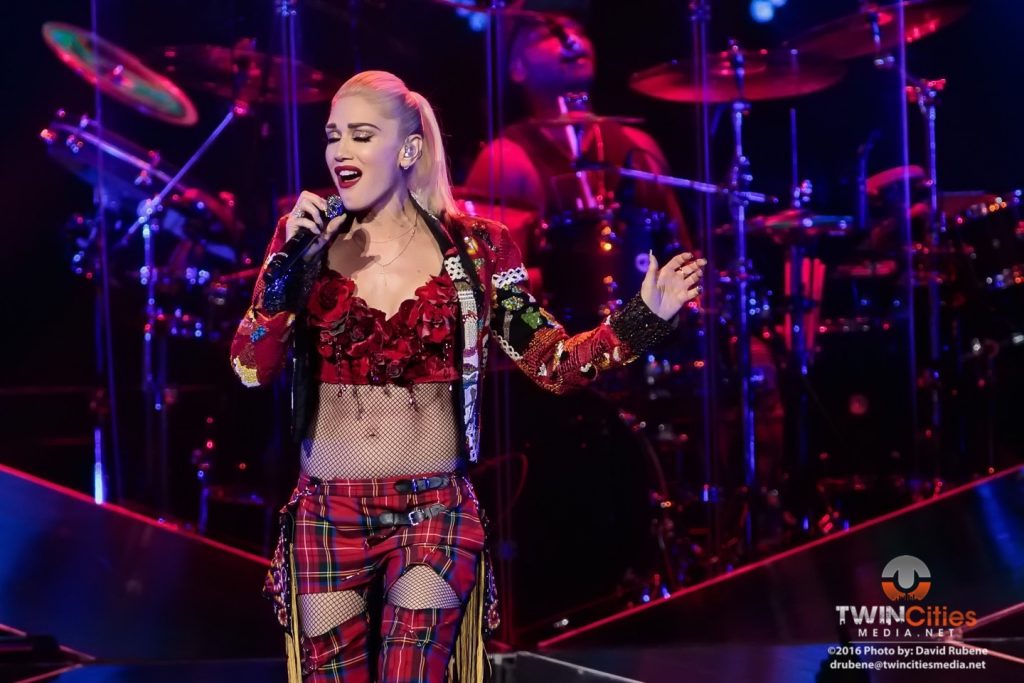 Fashion has always been a Gwen’s hallmark, and she didn’t disappoint with a series of outfits that blended zippered jeans with mesh and sequins – looks that mere mortals cannot pull off, but clearly make Gwen appear even cooler. While most in attendance stood through the entire set, Gwen exerted that extra energy by pogoing across the stage like a 20-year-old cheerleader, stomping through Hollaback Girl and slinking through Luxurious. 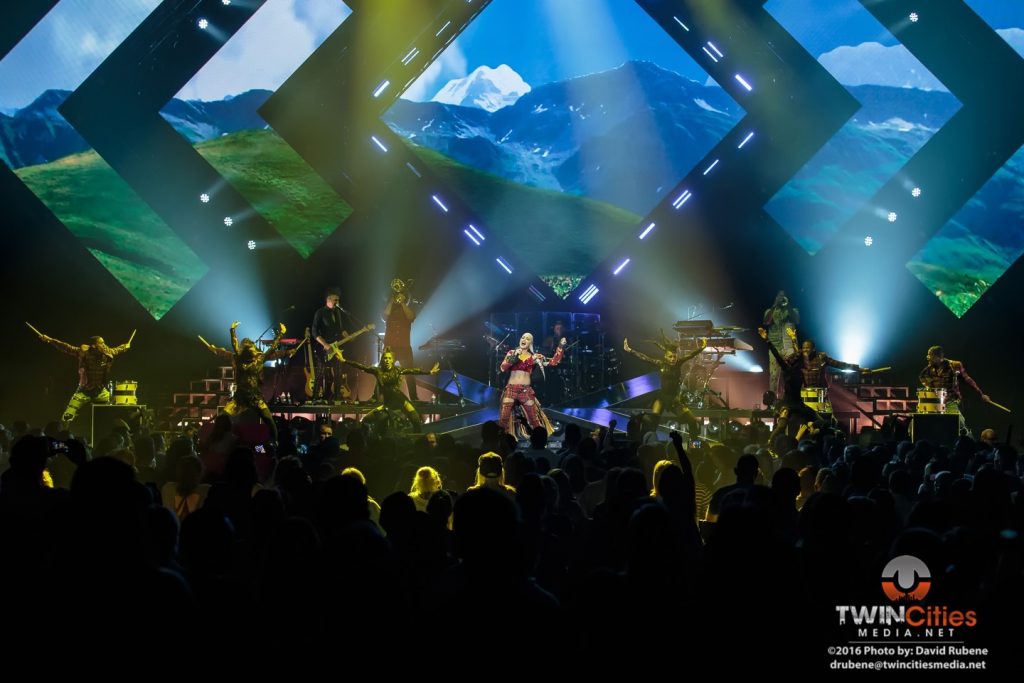 If there was a theme to the evening, it was Gwen’s obvious thankful gratitude toward her fans. She frequently noted her appreciation of their support throughout the years.

Not having listened to much of her material before the show, there were 2 Meg Myers facts I was not ready for 1 – she’s tiny (at 5’3 not exactly tiny but a step down […]

There’s no rest for the wicked. That’s the saying right? Who knows. At this point after 4 Days of X Games and Warped Tour I have passed exhaustion and moved onto the delirium stage. That […]

The Lumineers with be making a stop at Roy Wilkins Auditorium on Tuesday, June 14th on their “Cleopatra World Tour”.  Touring in support of their newest album, “Cleopatra”, they have been selling out venues all […]