Onto Day 4 of our 2016 Twin Cities Music Photographer Favorite Images. The other days can be found at the links below

My name is Brian Grenz and I am a concert photographer from Minneapolis. I have been going to concerts in the Twin Cities area for 30 years. The best place to follow me is on instagram These images are some of my favorites from the year because they hopefully capture some of the energy that occurs during a concert.

dem atlas at First Avenue on November 29 2016: This was a fortuitous capture from the back of the floor as dem atlas did a jump kick. I didn’t know I had image until I edited it later.
Tickle Torture at First Avenue on June 17 2016. Tickle Torture was down on the small stage thrust when I took this photo from the back of the floor. I knew there was going to be a balloon drop at the end of the show and I was trying to get a photo of the crowd during it and this was the result.
Dolly Parton at Grand Casino Hinckley on July 20 2016. I’ve been lucky to see a lot of legends but Dolly was one that had eluded me over the years. Even though it was a hot and sticky summer night she still put on a fantastic show.
Randy Blythe of Lamb of God at Northern Invasion at Floatrite Amphitheatre on May 14 2016. The lights behind Randy help capture the intensity of his performance.
Playboi Carti crowdsurfing at Mill City Nights on March 26 2016. I was taking some photos from the balcony towards the end of the show and Playboi went crowdsurfing right under where I was.
Metallica at U.S. Bank Stadium on August 20 2016. This photo is from the middle of the floor when the pyro was going off. I was hampered for this show because I couldn’t use my normal camera but I think this image captures the atmosphere at the end of the show. 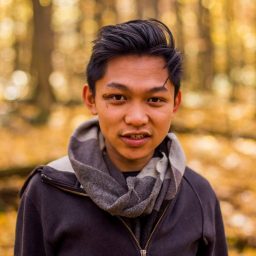 Justin Sengly is a photographer and graphic designer based in Minneapolis, MN at justinsengly.com and on Twitter/Instagram @justinsengly

Shows are from: Caroline Smith, Lizzo, Cherub at First Avenue as their house photographer. Other 2 are from Vince Staples at Eaux Claires and Savages at Sasquatch! Festival in Washington.

Lucy Hawthorne is a Minneapolis based freelance photographer. Whether working on a commercial shoot, photographing a wedding, hiking around and taking pictures of wildlife and landscapes, or packed in a crowd capturing a local show, she is happy wherever as long as she’s got a camera in hand. You can see her work around town in City Pages, Growler, Eater Minneapolis, GoMN.com and Heavy Table. Also, visit lucyhawthornemn.com or on instagram @lucy612

I choose these five pictures because I love the artist and/or loved the show and am happy with mood of the image. While I like scene photos from concerts, I love seeing artists captured individually, bringing the focus solely on them.

For those of you that don’t know me yet, my name is Jeremy Larsen. Not only do I shoot photos for Twin Cities Media, but I am also the owner of Askew View Photo.

To say 2016 has been crazy would be an understatement! I feel that the few images I’ve chosen from this year show just how wild things were. I usually stuck to rock shows, but I’ve learned that cool and fun experiences result when you go outside what is comfortable! As a result, I’ve shot almost everything from country, to rock, to “a cappella”, to hip hop. I am proud to be one of the featured photographers in this article series and to have my work displayed alongside so many other wonderful photographers!