Day 5 brings the final 5 of 2016 Twin Cities Music Photographer Favorite Images. It’s been a great experience seeing the work of so many people we run into at shows. Thanks to all who shared their work and their stories. We are looking to do this again in 2017! 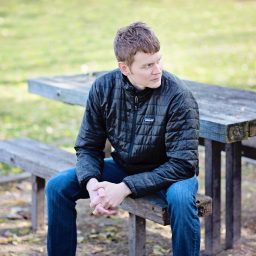 My name is Chad Rieder and I love the rock show. In 2006 I purchased my first slr camera, taught myself how to use it, and have been photographing concerts ever since. Some of my clients include Warner Bros Records, Nylon Magazine, and Acoustic Guitar Magazine. You can see my concert photos and reviews at Minneapolis Music Blog and on  Instagram

I chose these as my favorite photos of 2016 for a variety of reasons, but really it came down to how much I enjoyed the performances. Purple and orange Lucius? – it works wonders. Kurt Vile with a banjo – he’s an outlaw and I dig it. Trey from Phish looking like he’s seeing aliens land in the back of the arena – he probably wasn’t the only one. Alison Mosshart of The Kills – that First Avenue show was incredible and she is sexy AF. Umphrey’s McGee full stage – prog rock and amazing lights, I look forward to their First Avenue run every year. 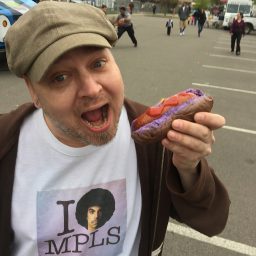 The photos I selected are just a few of my favorites for 2016. Energy and expression make a good photo.

I have been documenting live music for 15 years around the Twin Cities, focusing on covering local and under the radar bands across the small club and basements rather than most of the big shows. 6 years ago I co-founded Reviler.org where most of my work is posted as well as keeping a well organized flickr archive  of the 550+ shows I’ve shot.

My selections cover some of my usual hangouts (Hexagon, Triple Rock, Eagles Club) and one photo of Iggy Pop because I’m happy to have had the opportunity to photograph one of my heroes this year. 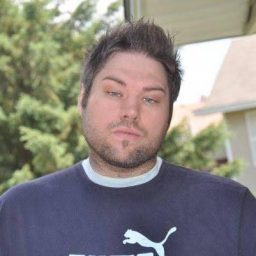 Tommy Williams is a photographer who specializes in sports and concert photography in the Twin Cities and surrounding areas. He thrives on capturing moments at their peak actions and full emotions while in the pit or on the sidelines. Here are some of his favorite images that he took in 2016.

KISS performing at a sold out AMSOIL Arena in Duluth, MN.
Weezer front man Rivers Cuomo performs in front of a sold-out crowd at the Minnesota State Fair Grandstand.
Set It Off front man Cody Carson crowd surfs on fans at Vans Warped Tour.
Swae Lee from the group Rae Sremmurd performs on the main stage at Zombie Pub Crawl 2016 in down town Minneapolis.
Rob Zombie was head liner closing out day 1 at Northern Invasion Tour 2016 in Somerset, WI. 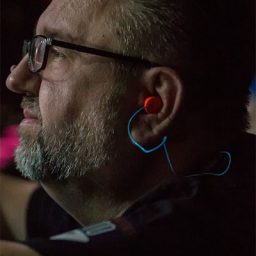 Markus is one of the founders of TCM and covers all sorts of events in journalistic style. More of his work can be found on his website.
An all-girl summer camp is to blame for Markus’ descend into darkness. I brought my camera to my daughters’ performance at girls rock camp and the rest is history. 2016 was a busy year for me 150+ shows 400+ artists and getting the chance to photograph some music legends (Tony Bennett, Paul Simon), personal favorites (Billy Idol, Peter Hook, Culture Club) and a ton of new bands.
I picked my favorite images as those that I keep coming back to for another look. Somehow 2 of those shots came from a small show at the Nether Club that had less than 100 people attending. To me music photography is about capturing that special moment and I find looking for perfection in an image often gets in the way of that. I rather get the shot then miss it waiting for a better one.
Ayria – she brought her own lights to the rather dim nether bar and the effect was amazing. To me the image just captures the feel of the show and I am happy I managed to balance the exposure between stage and audience.
Billy Idol – It’s an imperfect shot – the face is out of focus but it has a demonic feel to it.
Inertia – the guitar player went out in the crowd and there was some light coming from the stage. Since there was room I got down on my belly, used my super wide lens and have been smiling at this picture ever since.
R5 at the State Theatre – sometimes one just has to turn around and capture the audience.
Ty Segall – somehow Ty got the idea that I could add value to his set and shoved a microphone in my face. All I really wanted to say was “Dude, I’m trying to work here!” I was saved by another photographer who knew the lyrics I was expected to speak into the mike and did it for me.