Foreigner has kicked off a sizable tour for 2016. With a highly anticipated SOLD OUT performance at the Mystic Showroom on April 9th, Forienger is proof that fan loyalty and music relevance is alive and has stood the test of time. 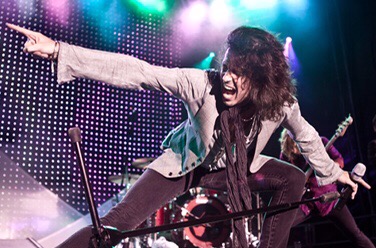 Foreigner is behind some of rock’s most enduring anthems including “Juke Box Hero,” “Feels Like the First Time,” “Urgent,” “Double Vision,” “Say You Will,” “Cold as Ice,” “Hot Blooded,” and the No. 1 smash hit, “I Want to Know What Love Is.” The band has sold more than 75 million albums worldwide and is listed at No. 49 on Billboard’s Hot 100 All Time Top Artists chart, coming in ahead of contemporaries including The Eagles, Fleetwood Mac and Aerosmith. In nearly four decades of music making, Foreigner has charted ten multi-platinum albums and 16 Billboard Top 30 singles.

Imagine Dragons have been regular Twin Cities visitors ranging from the Varsity, to a crowd of 27,000 at TCF stadium as part of MLB all star weekend. This time around their chosen venue was the […]

Some shows can’t be put into words. Sometimes the band and the album they are celebrating an anniversary of just means too much to you to put into words. That’s when a concert turns into […]