If you were looking for a way to liven your Saturday evening, Target Center was able to accommodate. Nitro Circus Live made a one night stop in Minneapolis on Saturday for an action-packed event. This year’s tour was all new and featured never before seen tricks and stunts. 17-time gold medalist Travis Pastrana led the team of athletes, which included the best in freestyle motocross, BMX, skate and more. The lineup included decorated BMX riders, and X Games medalists. The show featured 10 world firsts’, each never before seen in the U.S. The entire performance was styled and choreographed as a 1920s circus, complete with animals, trapeze artists, clowns, and flame throwers. The show still included Nitro Circus classics, such as the Nitro Gigant-A-Ramp. 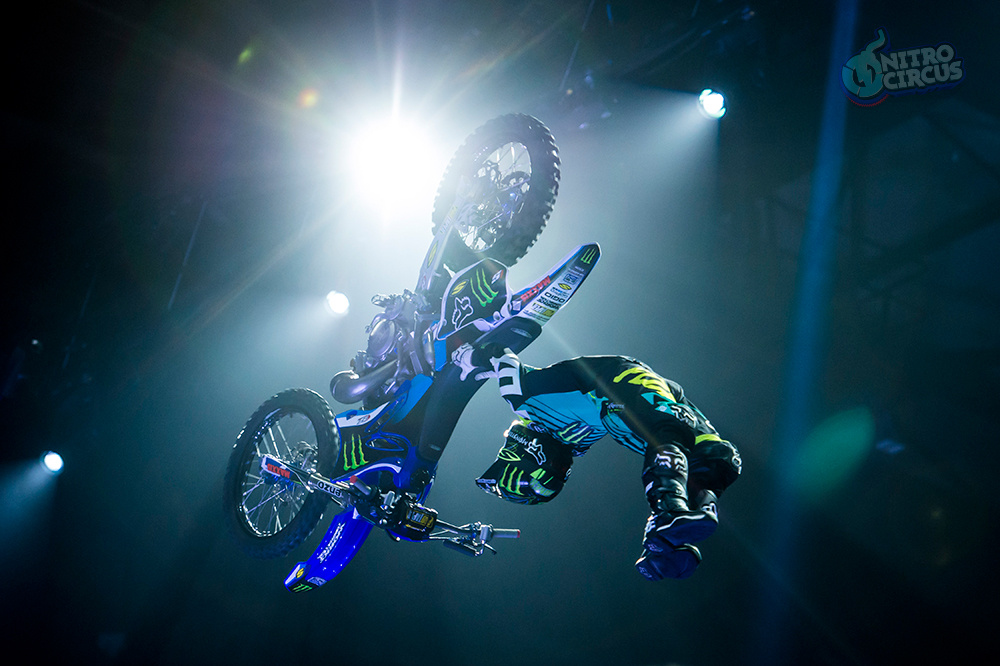 One look around the near capacity Target Center showed the crowd was made up of primarily families and groups of young adults. As the lights dimmed, the crowd roared as things kicked off into high-gear. With each set of stunts and high-flying antics, the cheers continued. One look of onlookers close by, had smiles and a glimmer in their eyes that could easily tell the story of satisfaction. A fun filled evening of action for the young and old.

Nitro Circus Live was created out of the hit TV series in 2010 and has since toured five continents. The TV series started in the Maryland backyard of the star of the show, Travis Pastrana.  Pastrana is a motocross champion, Rally America Series champion, and one of the most accomplished extreme sports athletes of this decade.

As Target Center is a great venue to see event, concerts, and sports, be sure to check out their Calendar for upcoming events

It’s hard to believe it’s been nine years since I last saw Hinder in concert. That was on a hot, August evening at the 2010 Minnesota State Fair, when the band opened for Seether. Since […]

Slayer brought their 2016 Repentless Tour to a SOLD OUT Myth on Friday night. With Carcass and Testament opening the show, the night was assured to be a supreme attack of hardcore, in your face Metal … […]