Decisions, decisions! It was a very busy year of concerts for me. Not quite Langen-esque, but definitely the most shows I’ve ever attended in a year. Between shows I reviewed, photographed, or just attended for fun, I’m sure it was over 50 shows and 150 bands. I don’t recall even one that I didn’t enjoy. For that reason, I feel terrible leaving so many great artists off my list. Many of these are even some of my all-time favorites, like Sammy Hagar, Shinedown, Disturbed, Halestorm, Pop Evil, Papa Roach, Adelitas Way, Hinder, Slash, and Lenny Kravitz.  Plus, many of my current favorites, like Badflower, Catfish and the Bottlemen, Them Evils, The Blue Stones, Ghost, Alex Lahey, K. Flay, and AJR. And so many, many more whose shows I loved this year. Here are my top five sets of 2019.

This young trio from New Zealand destroyed a sold-out Entry with their unique style of heavy metal music. Many of their songs are based on New Zealand history and incorporate the native language, “Te Reo Maori.” I just hope it’s not too long until they release a follow-up to their first album, Tu, and venture back to this side of the planet.  By the way, Tu is short for Tumatauenga, the Maori god of war. 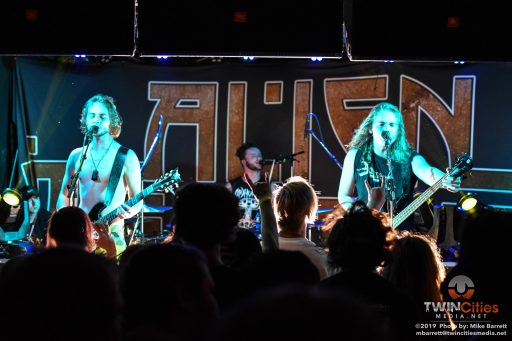 I was lucky enough to catch this rambunctious gang twice in 2019, once at the Entry on the Saturday night Minneapolis hosted the NCAA basketball semifinals. Next, an even longer set in St. Paul when they opened for The Score as part of the 96.3 Go Show. Both times I was able to visit and get a photo with out-of-control frontman Kyle Morris. He is a sweaty, roaming, teetering mess, but so awesome in concert.  Watch for a new album to be released very soon and don’t miss their chaotic live show next time they are in town. 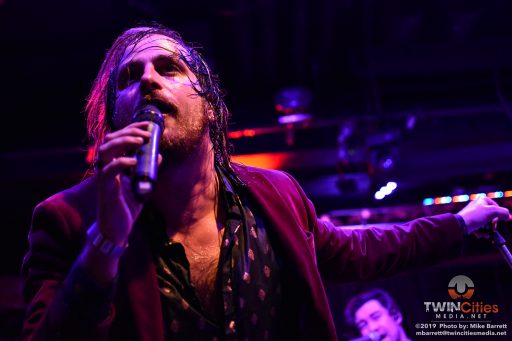 All right, call it a band crush. These female-led California punk rockers caught me off-guard with their catchy upbeat music that I can’t stop listening to. Even before taking the stage, young frontwoman, Lydia Night, who celebrated her 19th birthday that night, impressed me by hanging out in the crowd and dancing and cheering on the opening band. Night and her crew are the real deal and their enthusiasm is contagious. Check out their new album, How Do You Love? How do you not love The Regrettes. 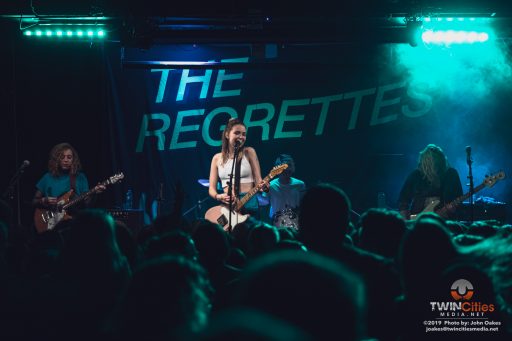 These Danish rockers have an unfair advantage in cracking my top-five since they are my all-time favorite band. Their powerful opening set for Godsmack at a jam-packed Armory won the second spot fair and square. That night frontman Michael Poulsen shared more information about their new 16-track album, Rewind, Rebound, Replay that was still a few months from being released at the time. They played their new song, “The Everlasting”, plus we finally heard him sing “Fallen” live in the Twin Cities. Fortunately, Volbeat fans don’t have long to wait as these favorites return on May 8th as part of 93X’s Twin City Takeover at Target Center. 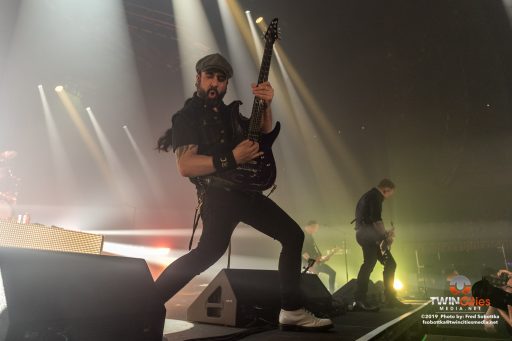 I’m cheating a bit hear in naming this pair as my 2019 co-favorites. But these two bands are truly my favorite live acts. Did anyone else really stand a chance? Canada’s The Glorious Sons helped get me through rotator cuff surgery rehab before their long-standing #1 hit “S.O.S.” hit the radio airwaves.  After their May 2018 show, with The Struts at the First Avenue mainroom, they made the climb from the Entry, to the Turf Club, to now the Palace Theatre. We would hear “Panic Attack” and “The Ongoing Speculation Into the Death of Rock and Roll” from their later released new album, A War on Everything. Their wild-eyed frontman, Brett Emmons was blown away by the appreciative crowd. Next, when The Struts took over and flamboyant frontman, Luke Spiller, asked, “Are you ready for the greatest show on Earth?,” he was not exaggerating. No one puts on a rock show like The Struts, and no one works a crowd, and keeps them involved, like Spiller. He had everyone clapping along all night and later announced this show was the British band’s largest headlining show yet. What a show it was!  Number 1.

As any of my fellow TCMers will tell you, “There is nothing like live music.” I especially love the shows at the smaller venues and most often there is room for more of you.  Get out and enjoy the abundance of live shows we are blessed with in the Twin Cities. 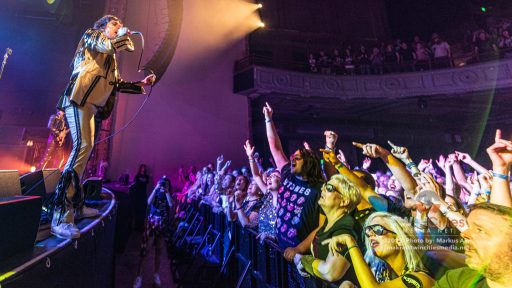 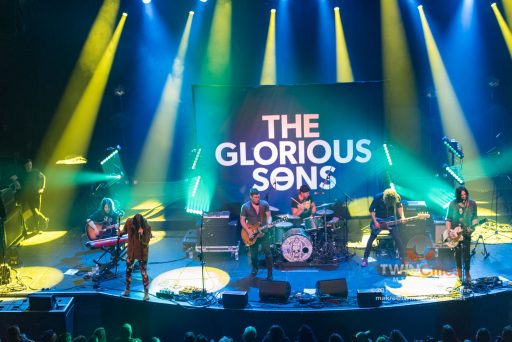 I leave for California in just a couple of hours which means I’ve been a ball of stress for days. I took a couple nights off from shows just so I could get ready for […]

Coachella At The Fine Line With Wild Belle

I had well laid out plans before descending into 5 days of NCAA madness. Take in a ska show (The Interrupters at the Varsity) and since it’s an early show, catch up on my sleep. […]