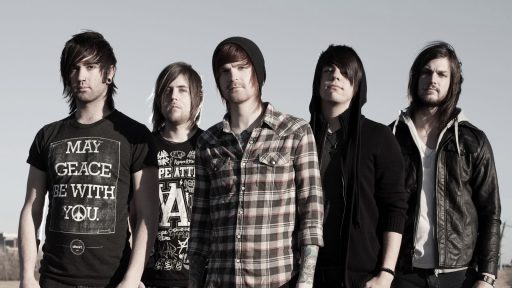 Memphis May Fire will bring their March of Madness tour to the Skyway 3/8.  May Fire is an American Metalcore band currently based in Dallas,Texas. Memphis May Fire Since its formation, the band has released two EPs and four full-length albums, the latest being “Unconditional” which was released March 2014. Their music has been compared to band “Underoath” and band “He Is Legend”. The band was formed in December 2006, but it was not until February 2007 that the group decided on the name Memphis May Fire having previously gone by O Captain, My Captain!
In early 2007, the band recorded and self-released an EP, and began creating a local following. Shortly thereafter, Memphis May Fire caught the attention of Josh Grabelle, the president of Trustkill Records. In September 2007 the band had officially signed to Trustkill, and their self-titled EP (Memphis May Fire)was reissued through the label in December 2007.
Their debut full-length studio album, Sleepwalking, was released on July 21, 2009 through Trustkill Records. Memphis May Fire has described the album as “a new breed of rock n’ roll” and musically it has “more aggressive guitar work and noticeably more melodic, but still retains that southern swagger.” Their song “Ghost in the Mirror” was used on the soundtrack for the movie Saw VI. Few general admission tickets remain. Get yours HERE

Arriving at First Ave a little into the opener, Ken Yates’ set, I was very impressed by the turn out for the show on Thursday evening. I had found myself growing more and more eager […]