While a lot of people are spending time at the Minnesota State Fair, especially for taking in a concert in the evenings, a visit to the Turf Club on Wednesday evening was a perfect choice to catch four local bands rock their socks off. The line-up included Mötel Sixx, Therapy, The Modern Era, and Jett Fetish. 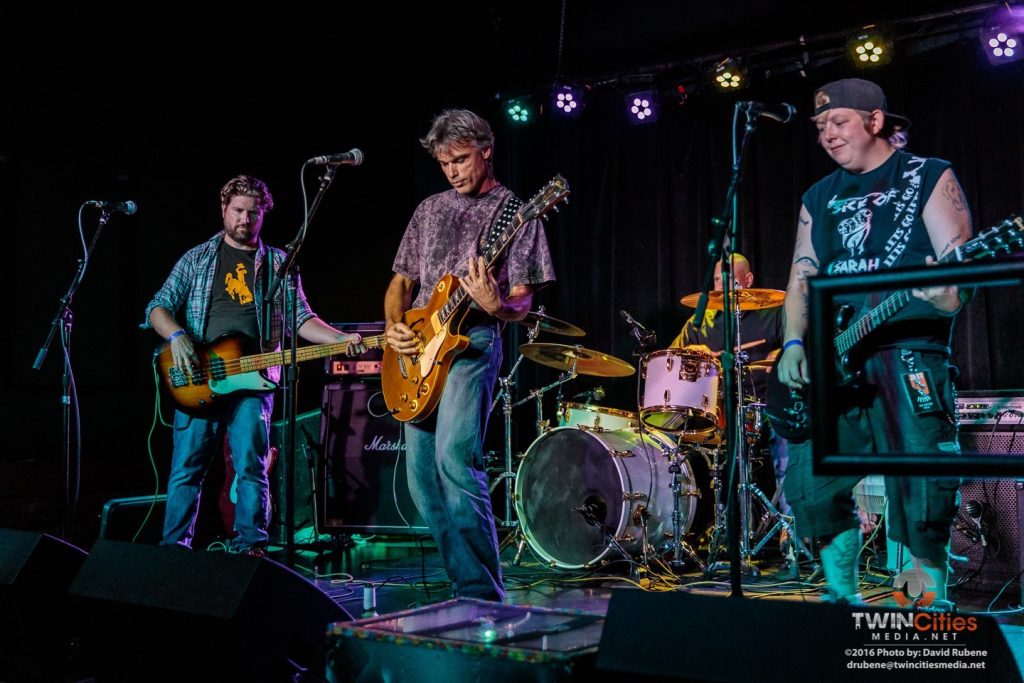 Mötel Sixx, who is well known as a go-to Mötley Crue tribute band, kicked off the evening with a crazy performance. Though I had never seen them perform live, from the first note to the last, they nailed all the classic Crue sounds.

Lead vocalist, Jason Rivers rocked the Vince Neil-sounding voice … so close, you would swear Vince was on stage (watch out Vince). In addition, Michelle Olson (vocalist) offered great backing and sometimes lead vocals. The band never held back as their set included all the Crue popular classics, along with a great mix of played songs.

Next, Therapy took the stage. Though the band in very new, you would have never been able to tell. The three members seem the have something a bit unique in their driving sound with loads of energy. I can easily see that in the coming months, we will be talking about Therapy and their new alternative sound … classic, yet unique. The band’s set was high-energy and filled with non-stop motion.

Taking the stage next was The Modern Era. This is where the level of energy at the Turf Club started to rise. The Modern Era have been making the rounds within the local Minneapolis music scene with their Alternative/Punk style and sound. These guys pack a solid set with a hard-driving sound. It was great to see how The Modern Era is keeping the music in Minneapolis fresh and definitely keeping it real.

To put ‘the icing on the cake, Jett Fetish took the stage with loads of gusto. The band has been together since 2011 and play on heavy influence from music artist Joan Jett. The band’s set drew from several of Joan Jett’s most well known songs. The band even threw in a Ramones song which definitely complimented the set. Guitar work and vocals rocked the house with several in the club moving about in front of the stage. Combined with a solid bass and drum backing, Jett Fetish finished off Wednesday night at the Turf Club in style.

If you have a chance to catch any of these bands live, don’t think twice about it. Be sure to check out the bands online at:

Thursday night was one of those shows where I knew nothing about the bands prior to stepping foot inside First Avenue. I love those kinds of nights. You have no expectations other than to witness […]

Booker T. Jones and his Hammond B3 bring unmistakable ‘Stax’ sound to The Dakota

“A bedrock of American music”. I could not have put it any better than the MC at the Dakota did last night. No one, save for perhaps blues guitarist Robert Johnson, has had a more […]

PREVIEW: Zombies Are Invading The Warehouse District In Minneapolis

The Zombie Pub Crawl is ready to unleash itself in downtown Minneapolis on October 17. Within the ‘Quarantine Zone’, the World Brain Eating Championship will go down amid the gagging in the crowd, flowing fake […]