Kicking off 93X’s Brotherhood Ball, Havok took the stage at the near capacity Myth in Maplewood bringing their hardcore thrash sound straight straight out of Denver, Colorado. I’ve said it before and I’ll say it again, I absolutely love synchronized headbanging. I don’t know whether it’s because it simply looks cool or because it gives the band a more pro presence, but this is an easy way to win me over … and the crowd ate it up. Havok killed it with their energetic presence and (yes of course) their coordinated head banging. They opened up with Point of No Return and with an edgy tone to their thrash metal. With hundreds of screaming fans already present, they pretty much said “fuck this” and pulled out all the stops. 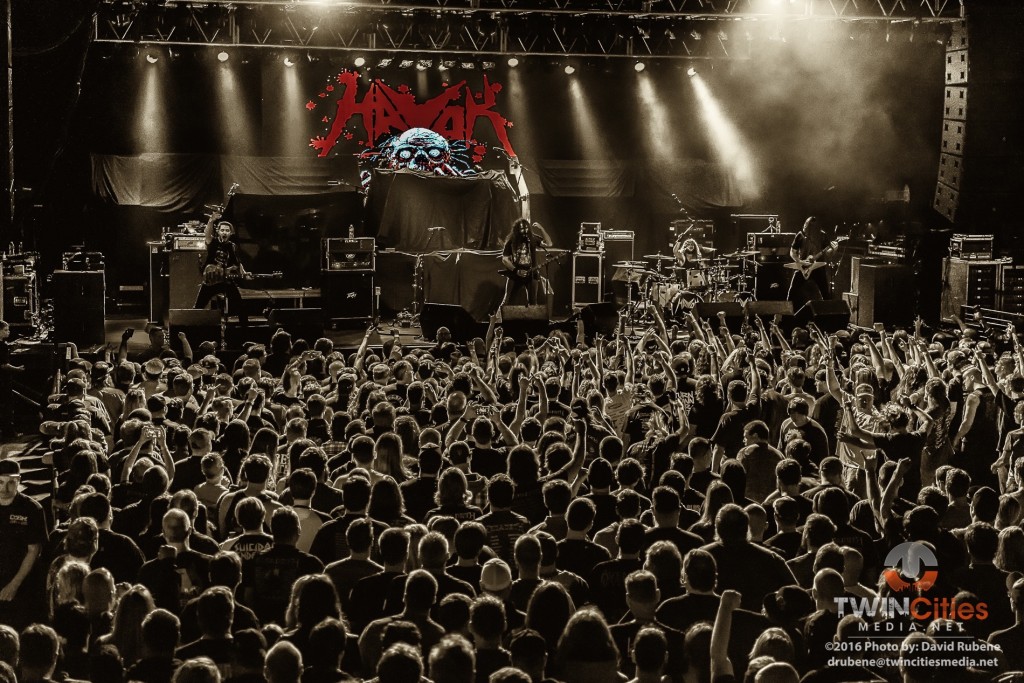 Apart from their coordinated movements on stage, Havok has a way of acting out their songs that helps fans new to Havok really get into their music. Whether guitarist Reece Scruggs is raising his claw hand for emphasis or basis Michael Leon is taking a long drag on a pretend doob, there was always something going on. The drums were ridiculously fast, leading the pace for each song and making me feel like drummer Pete Webber was going to drum himself right off the stage. Webber was sporting some nifty looking drumming gloves, the likes of which I have never seen before. But seeing how fast he was playing, I’m sure he needed the extra grip. 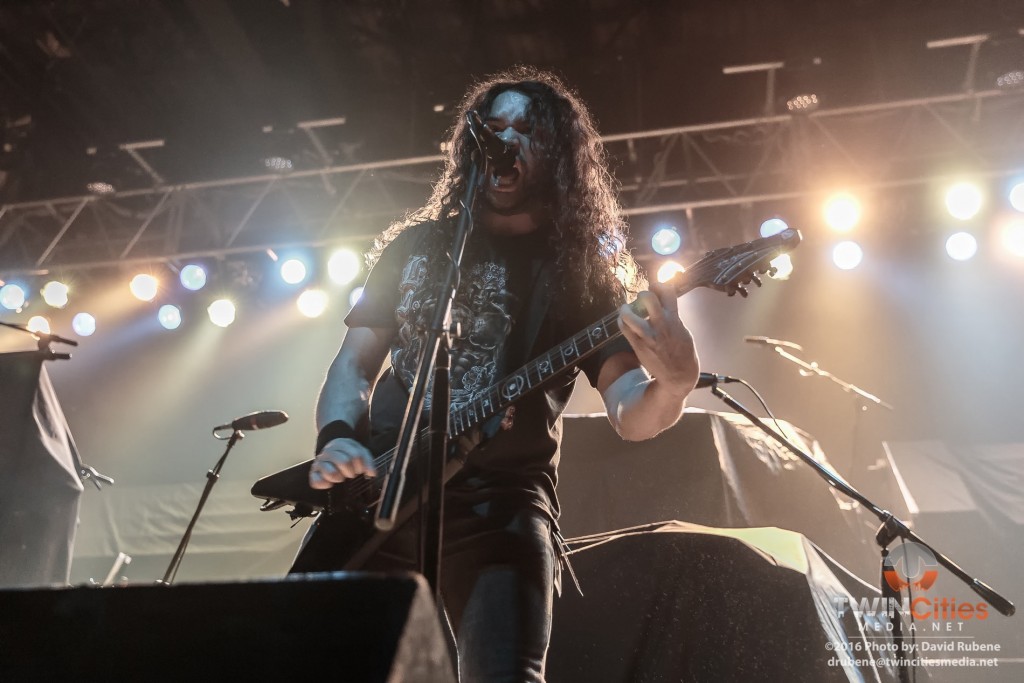 Havok definitely knows their shit. Young faced Scruggs played the crowd like a seasoned musician while bassist Leon popped and slapped to thrash songs like a pro. Vocalist David Sanchez topped off the songs with “fight the power” type lyrics in a powerful voice and encouraging the crowd to chant along with him to No Amnesty, From the Cradle to the Grave, and the huge crowd pleaser Give Me Liberty, Or Give Me Death. 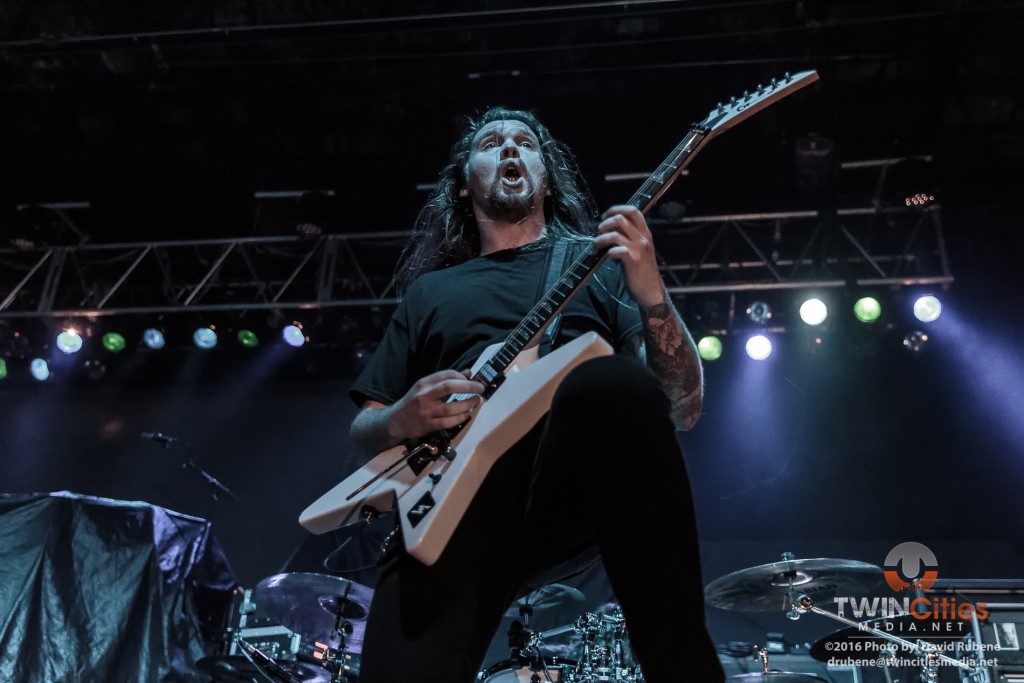 Havok is currently touring with Megadeth. For all the latest info, check them out online at:

On cool Fall Wednesday evening, the synthesis of southern rock, soul, blues, rock, punk, and country from Memphis, Lucero, performed to a capacity crowd at First Avenue. Lucero was started in 1998 by founder and […]

Violet Nines At The Icehouse: The Best Easter Egg Find Of The Decade

This year’s Rock the Garden Festival a joint venture by The Current and the Walker Art Center was forced to Boom Island due to construction at the Walker. The extra space allowed for two stages […]