I arrived at the Fine Line Music Cafe around 7:15 and walked straight up to the doors and inside. If you’ve never been to Fine Line before imagine your local neighborhood bar decided to take out all of the tables and chairs and in their place put a stage and a dance floor. It’s not a big place but that’s one of my favorite things about it. The size means that the place is filled with people who really know and appreciate the artists playing.

Glades was set to take the stage first and as the minutes to showtime decreased the number of people excitedly chatting amongst themselves in the venue continually increased. When Glades took to the stage around eight the venue was pretty full, and the fans seemed genuinely excited for some music.

Glades, if you’ve never heard of them, is an Australian electronica, indie pop band that’s been around since 2015. Their music is the kind that makes me wanna drive with the top down in the convertible I don’t own.

Their live performance was nothing short of amazing, their sound was just as good live as it is on Spotify. Plus, their lead vocalist put an energetic and happy vibe out into the crowd who gave it right back, singing along and waving their hands back and forth as the Australian trio played crowd favorites like “Drive” and “Eyes Wide Shut.”

Glades also played a yet to be released single for the good people of Fineline. The new song broke from most of their vibey stuff and moved to what this writer would describe as an anti-pop sound that myself and the crowd absolutely loved.

The hour seemed to fly by and before I knew it Glades was saying goodbye to a packed Fineline. It was their first time in Minnesota and the crowd showed them all the love they could, filling the venue with applause and cheers as Glades exited the stage. The smiles on the Trio’s faces throughout the night showed their appreciation for being where they were and it only made me like them more than I already did. 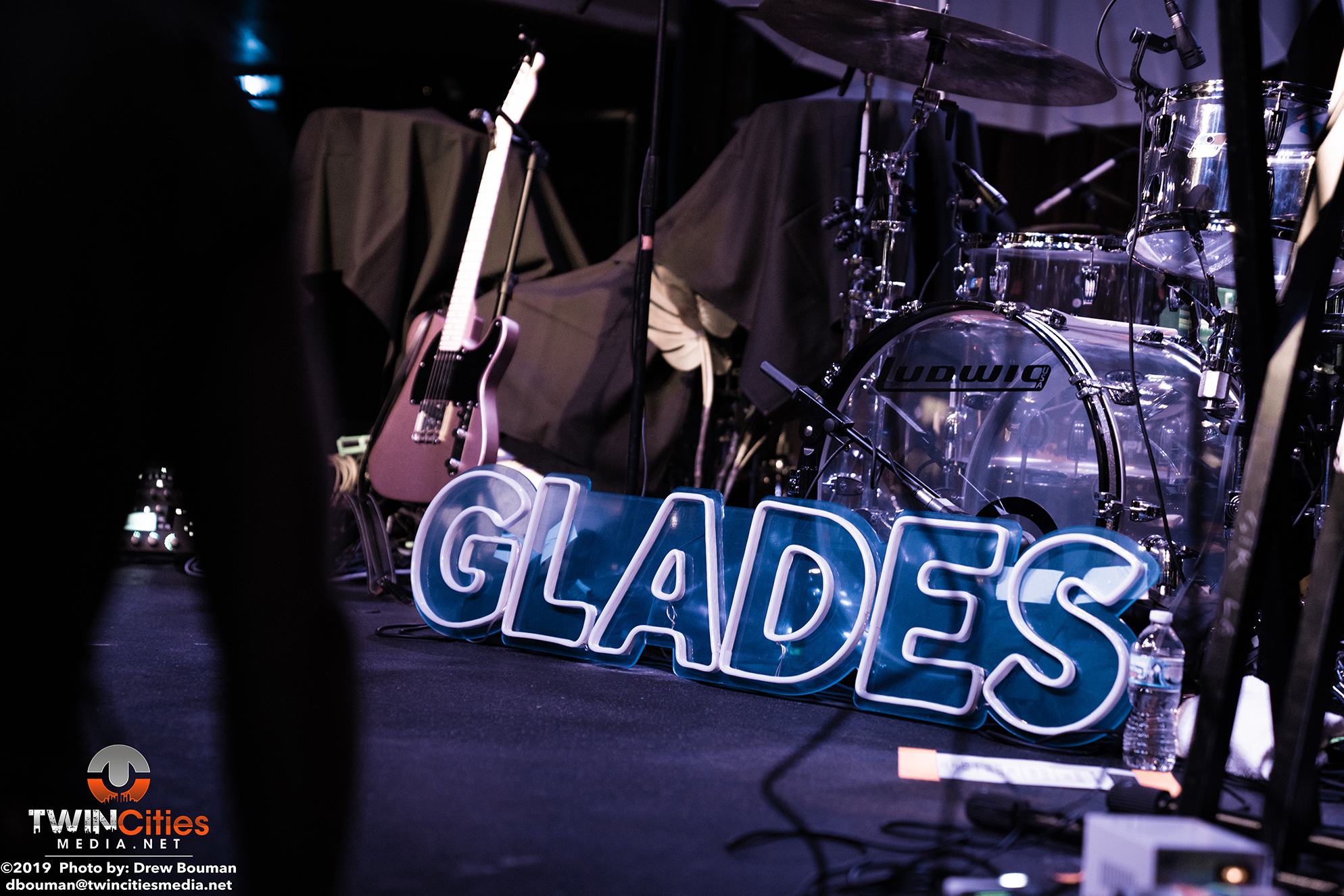 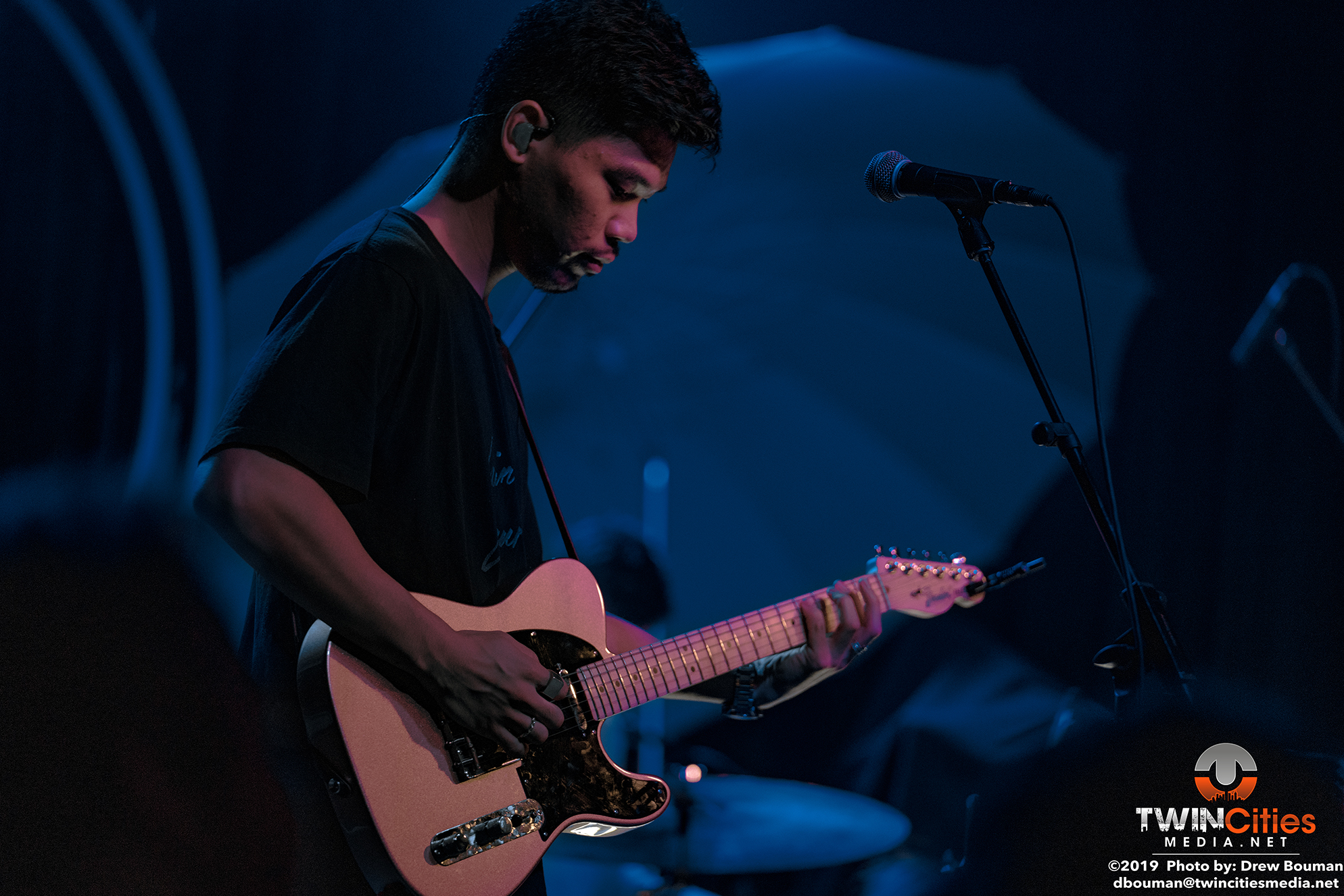 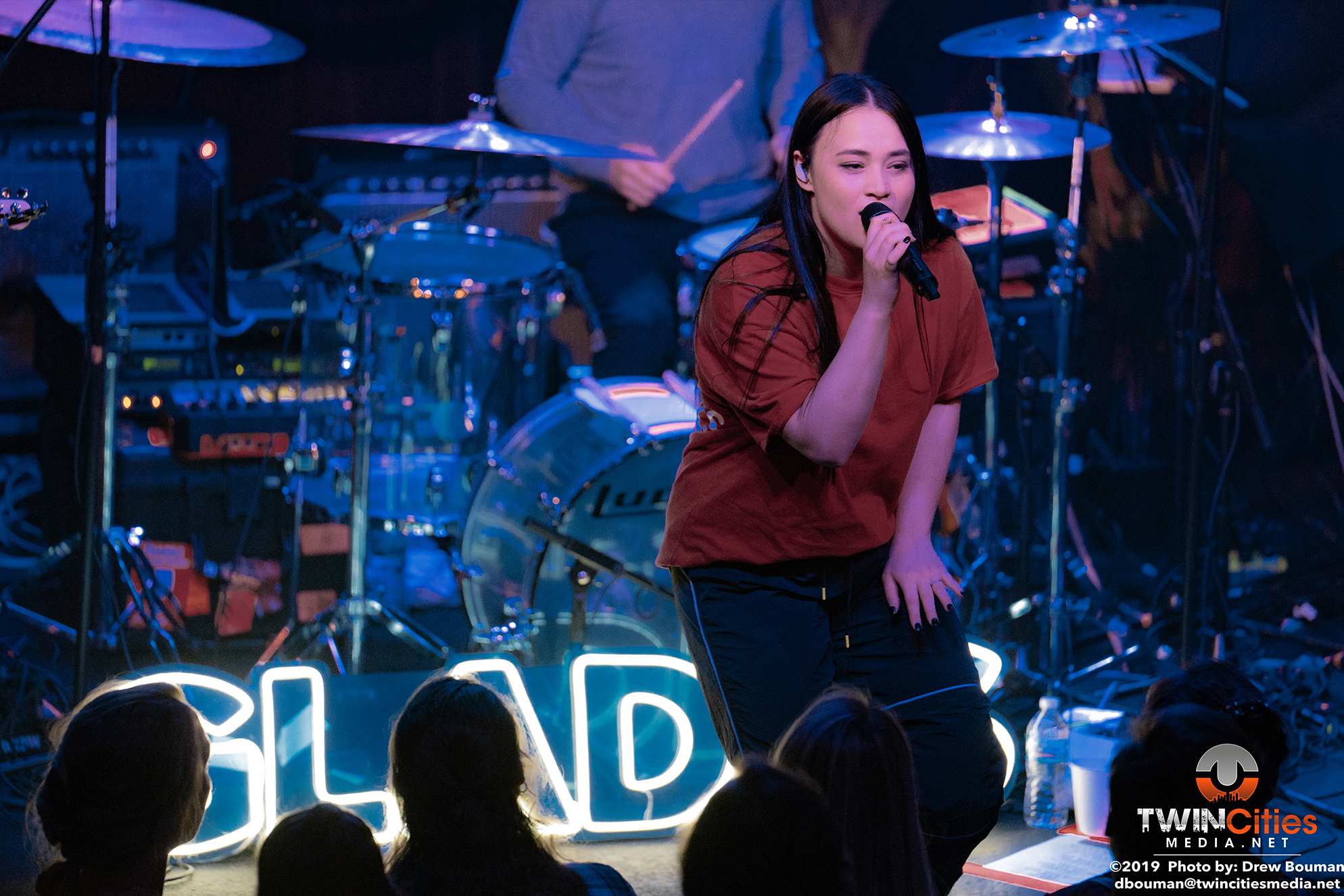 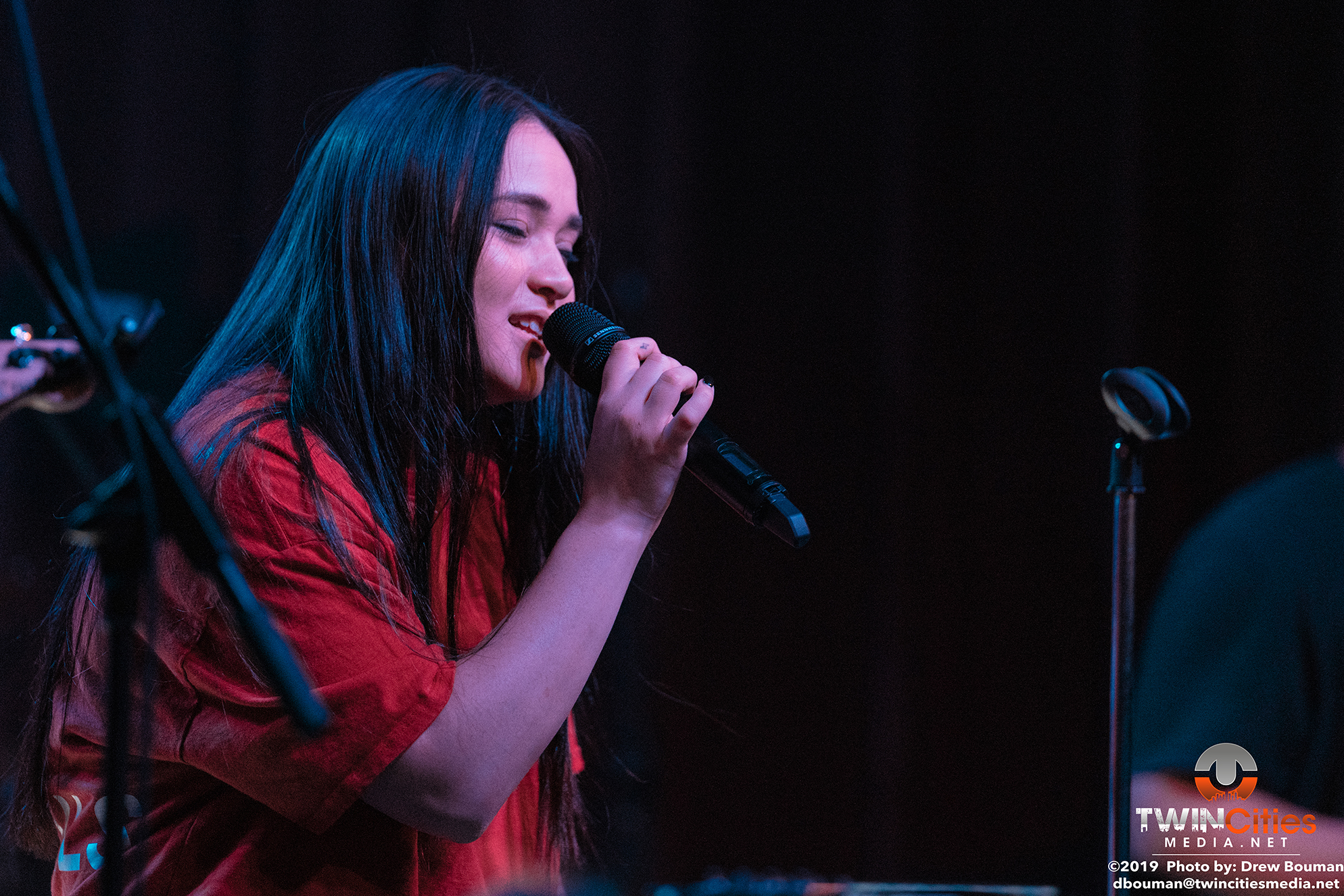 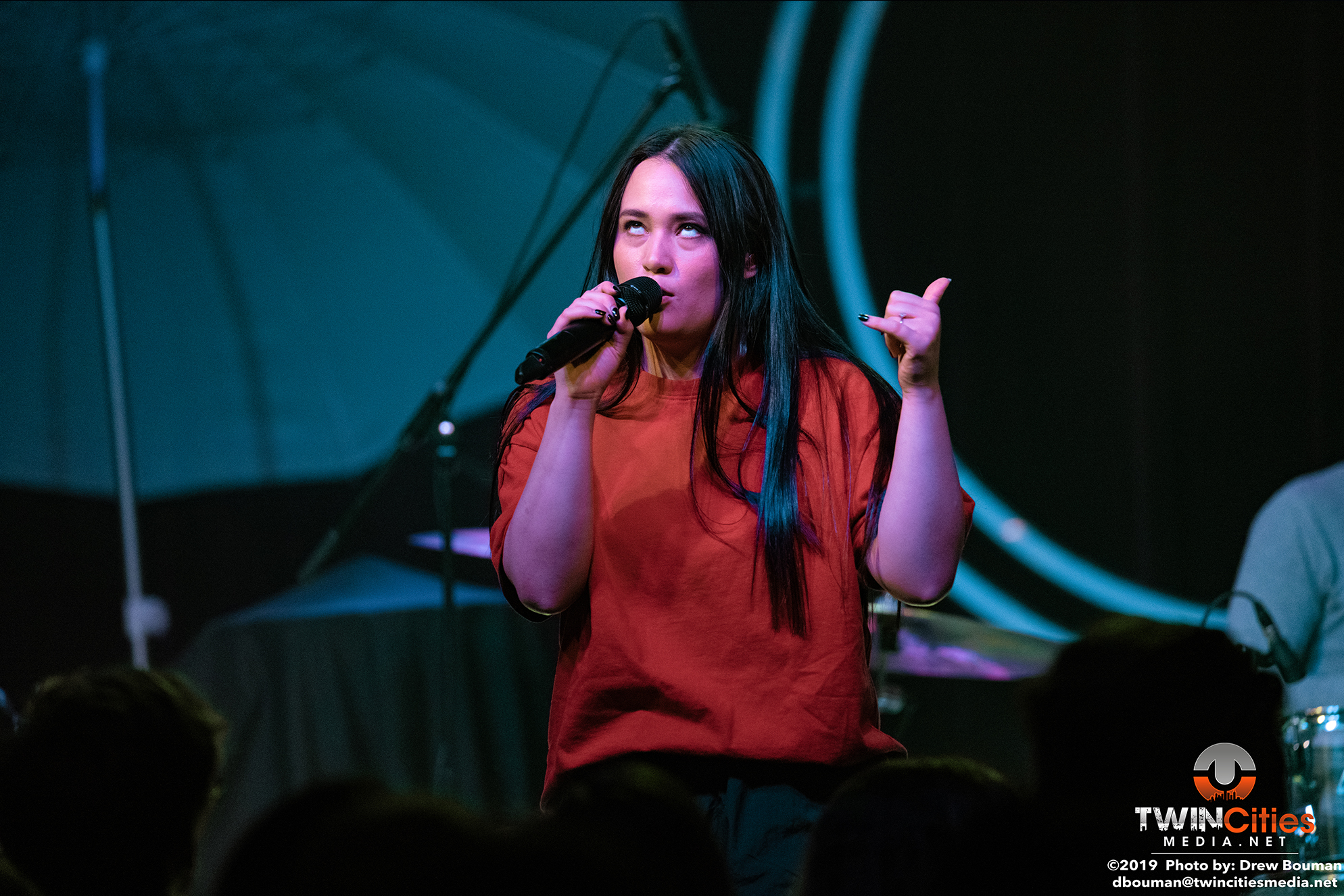 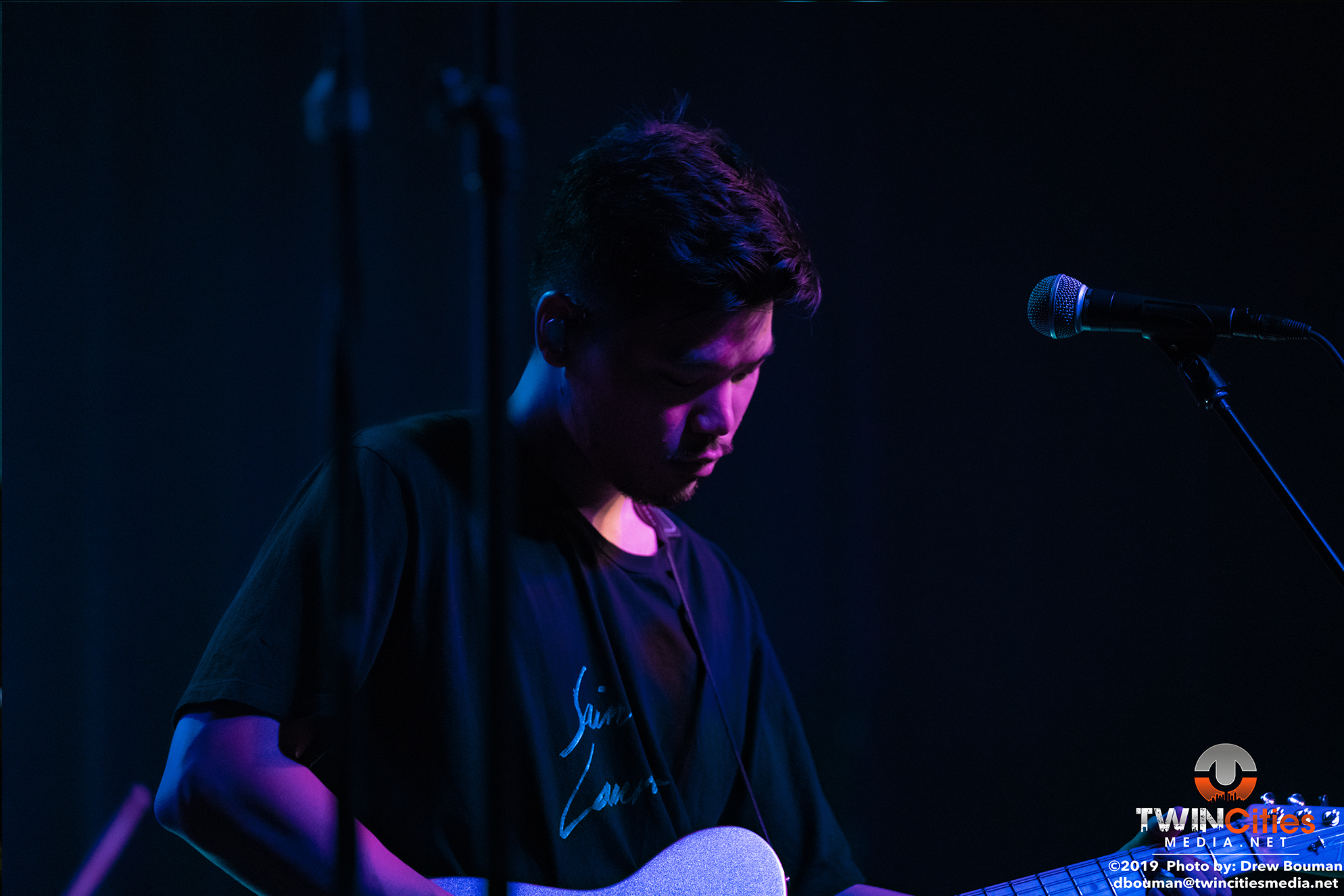 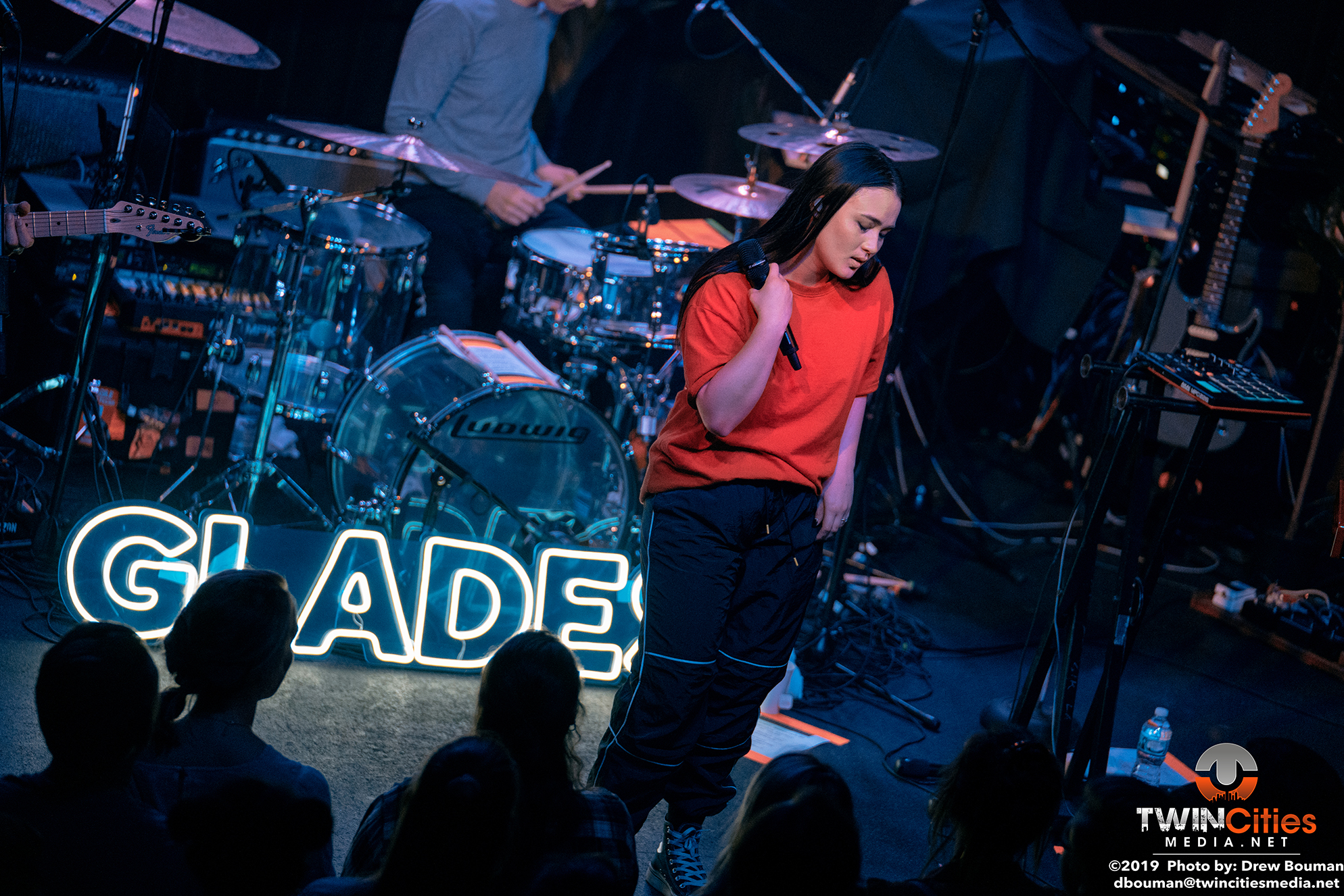 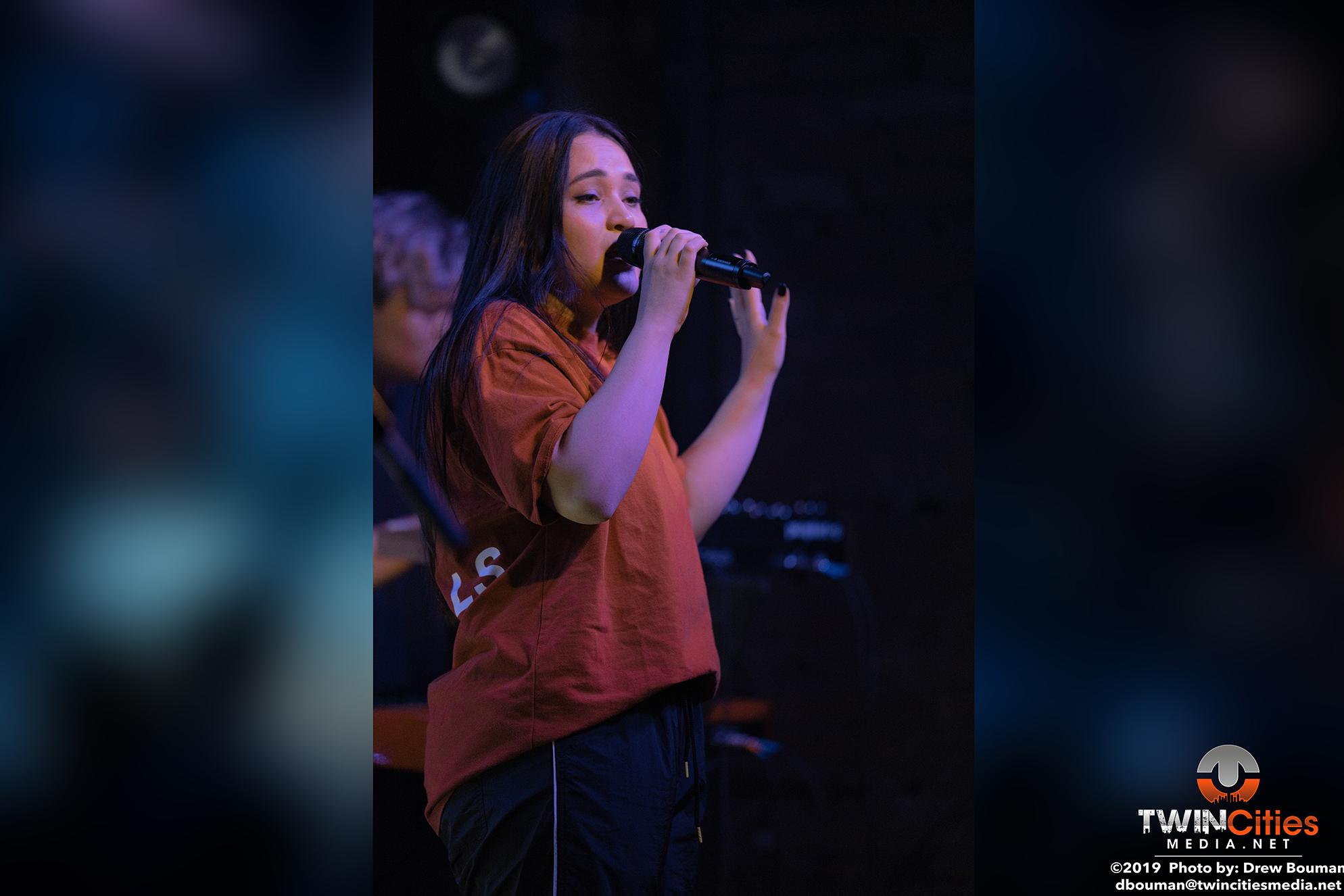 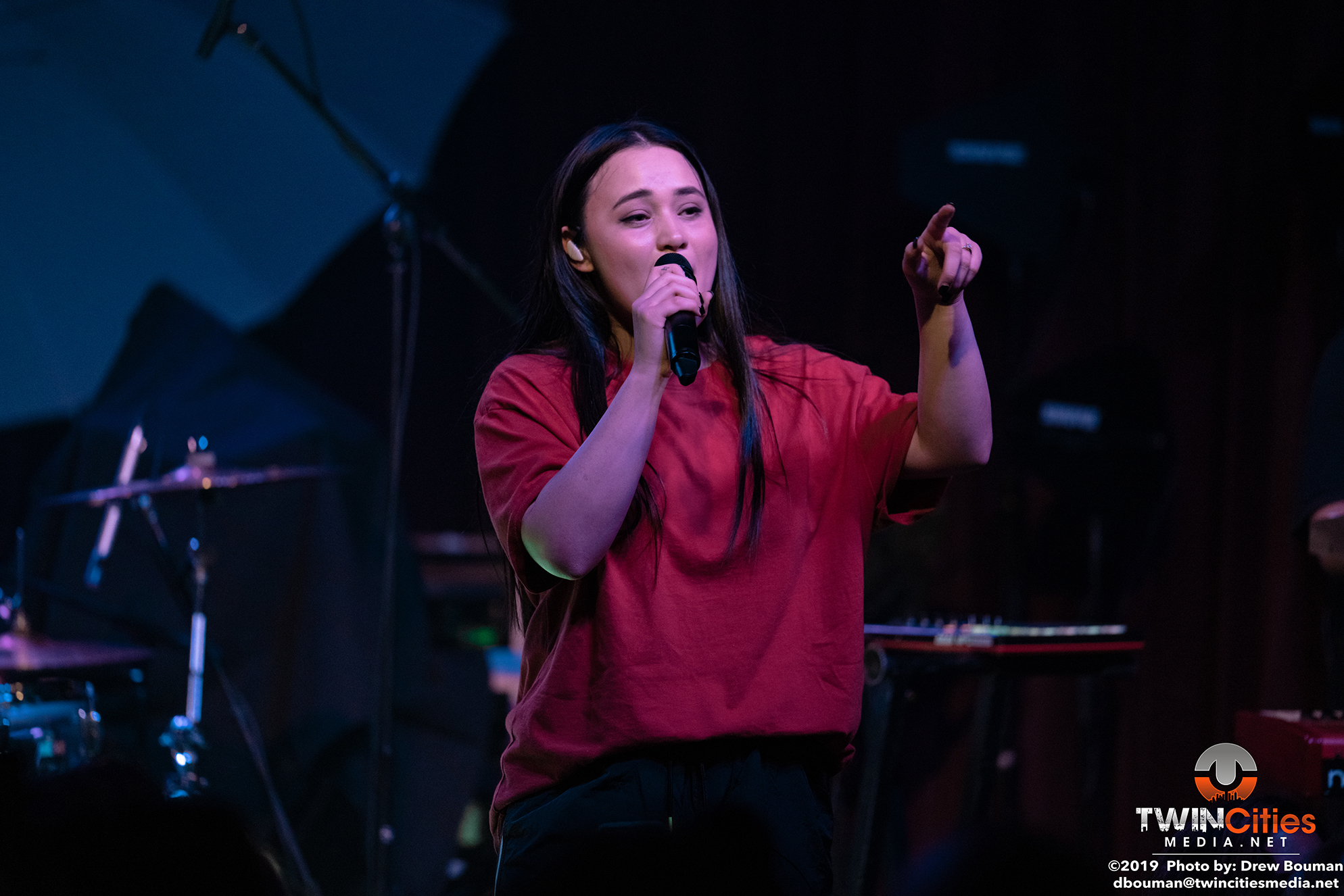 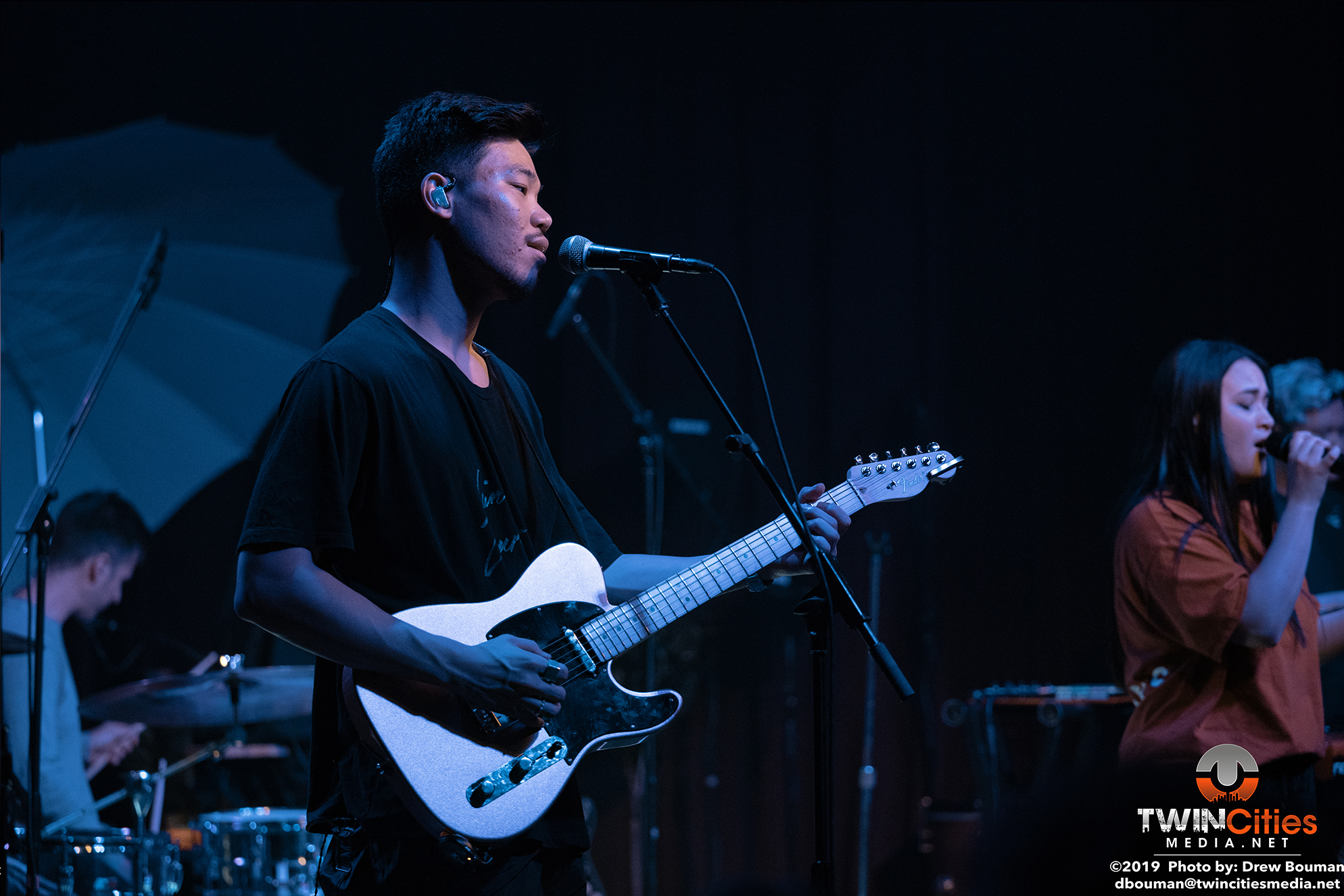 Up next was the main event, FRENSHIP. The lights came up in Fine Line revealing a very vacation feeling stage. Perfect for the vacation tour, the stage had beach umbrellas and plants from one end to the other centered with a signature light up ring logo. Minnesota was stop five on their eighteen-stop tour, and fans were excited to see classic FRENSHIP favorites alongside songs off their new album that released just ten days prior.

The duo brought along a drummer and a do it all musician who sang, played the keys and mixed instrumental tracks. FRENSHIP brought a very casual and comfortable vibe, interacting with the crowd in a way that made it seem like your friends were playing not platinum-selling artists who you look up to.

As expected from a Fine Line show every member of the audience seemed to know every word to the songs as James Sunderland and Brett Hite danced around each other playing guitar and bass while filling the small venue with their melodic vocals and iconic sound. The duo brought the audience on a trip through the nuances of relationships and the idea of happiness and hope that their new album aimed to convey. 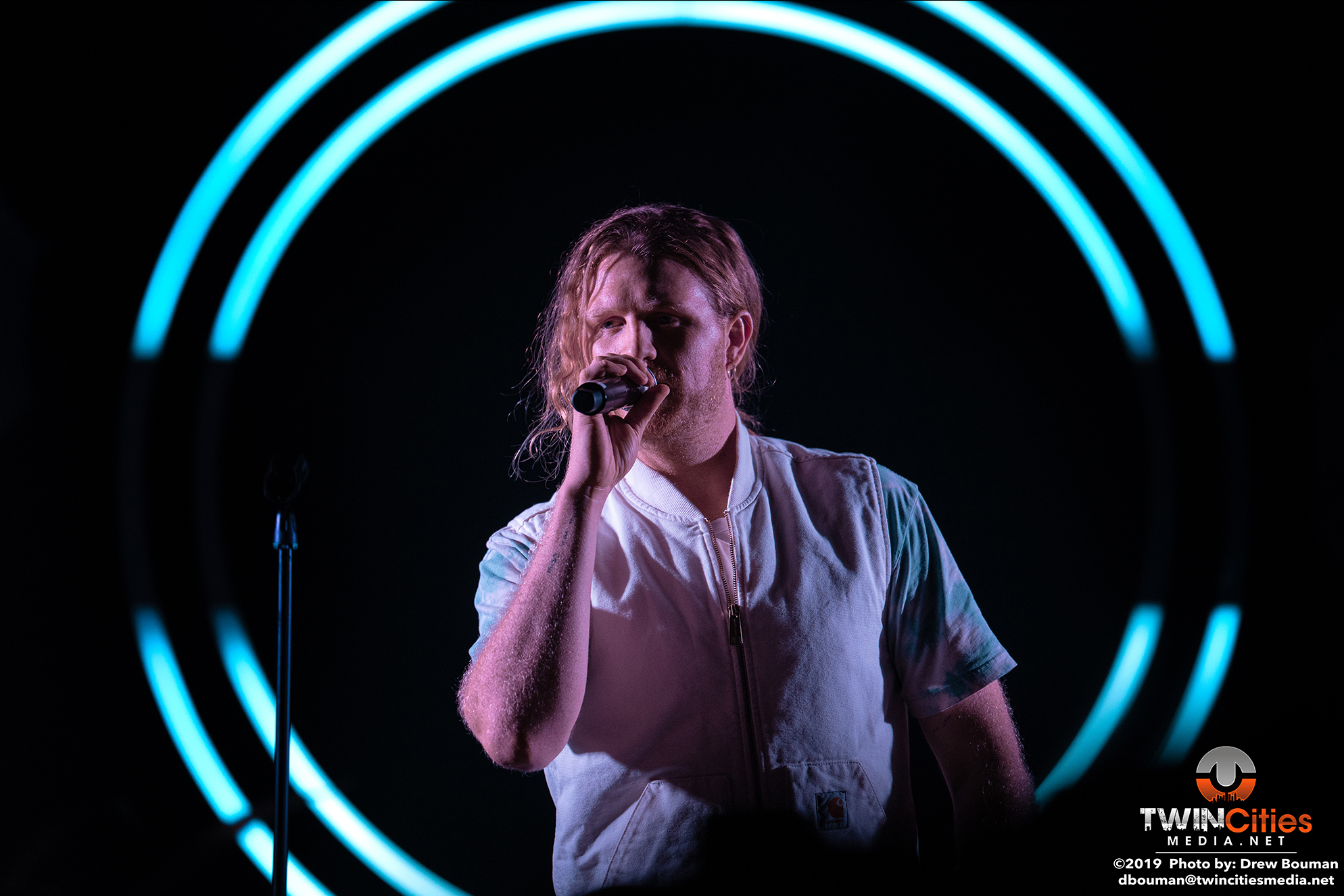 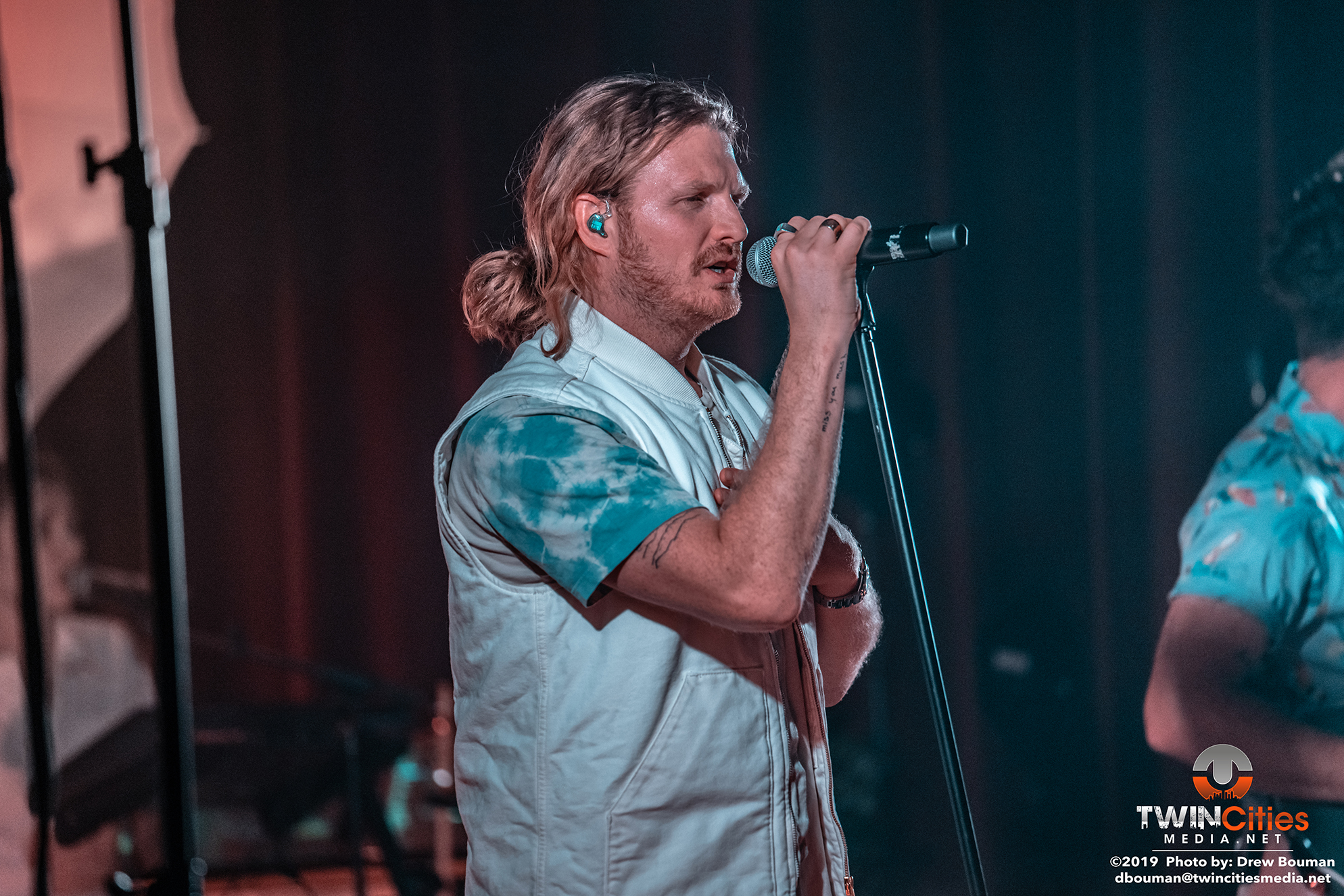 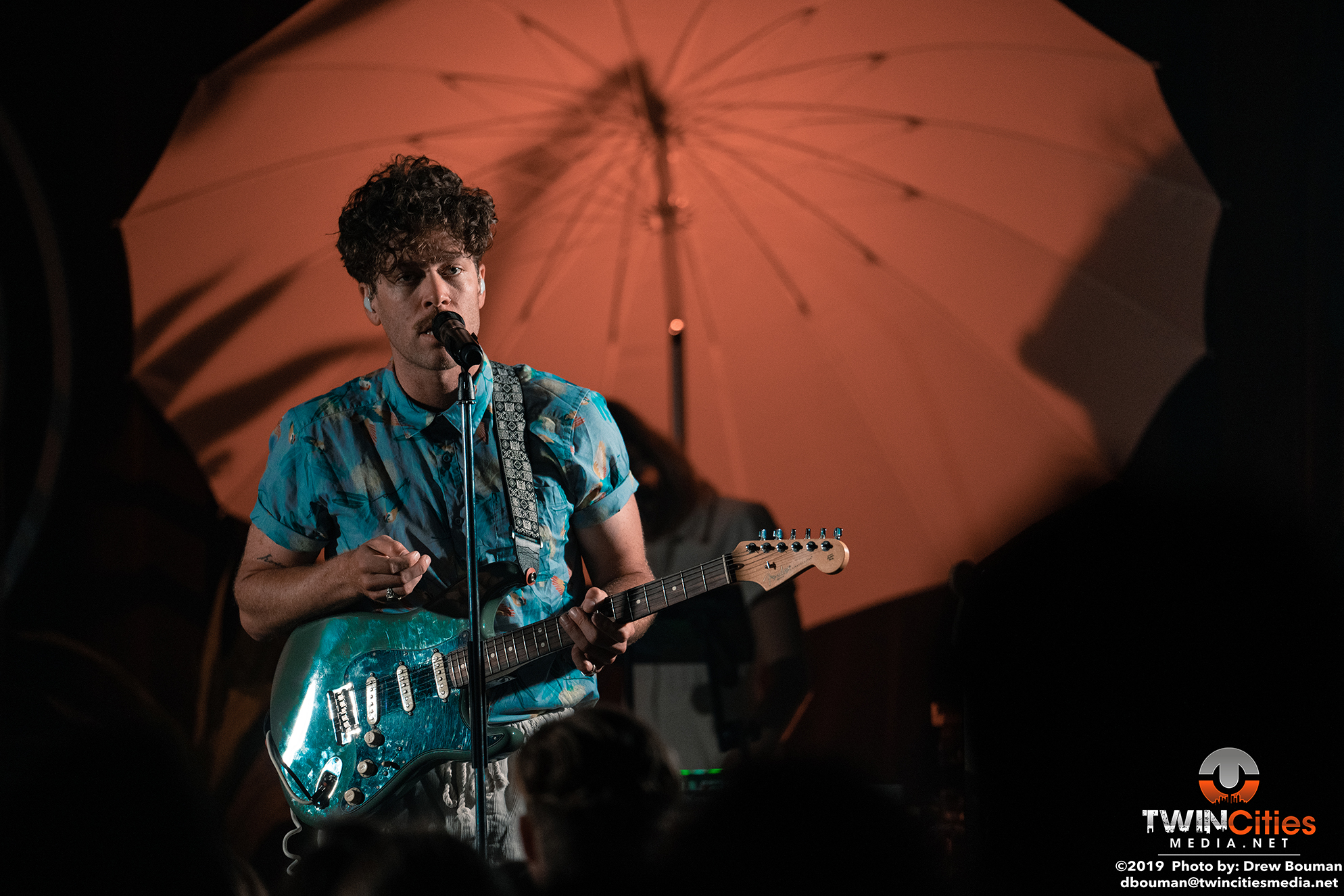 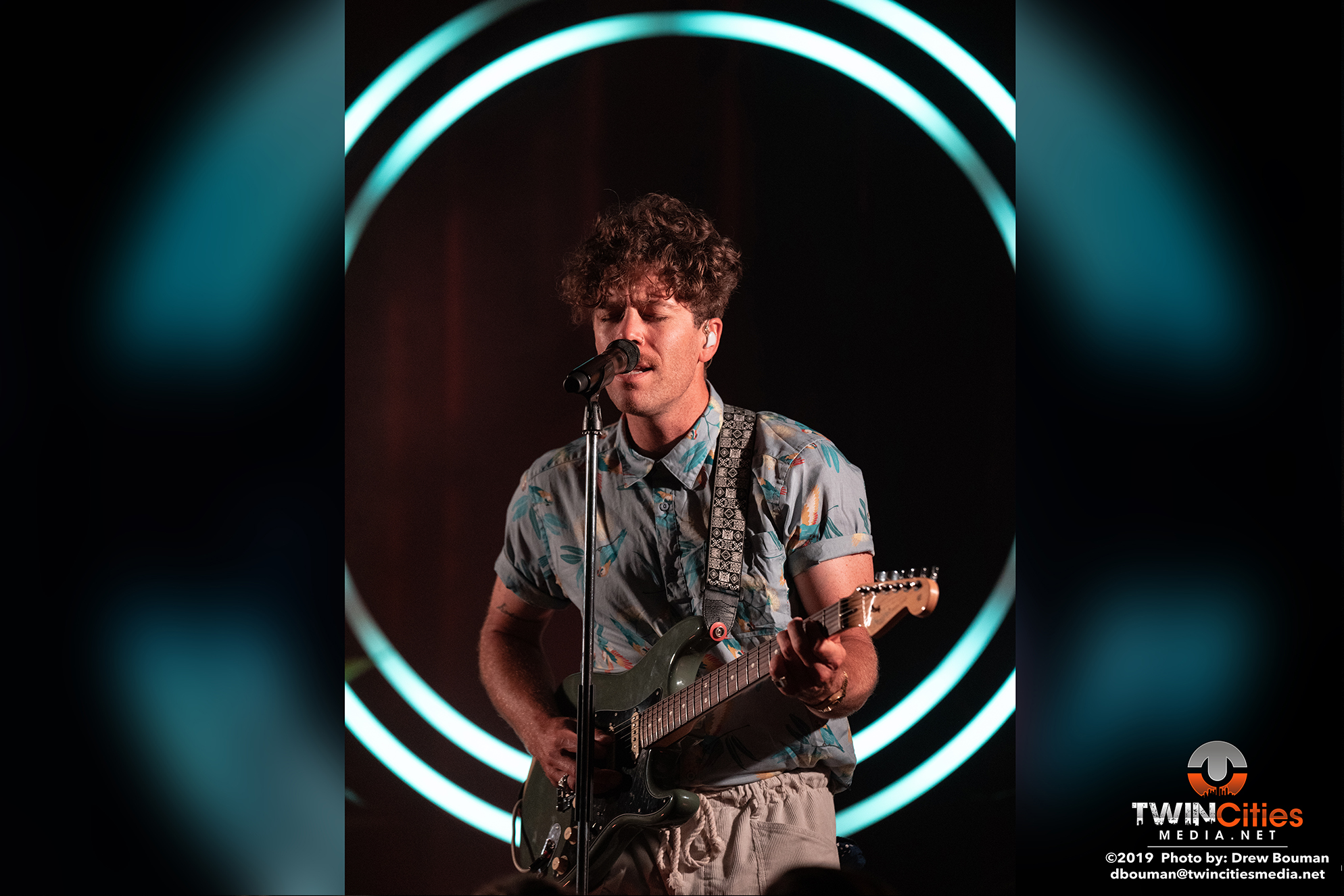 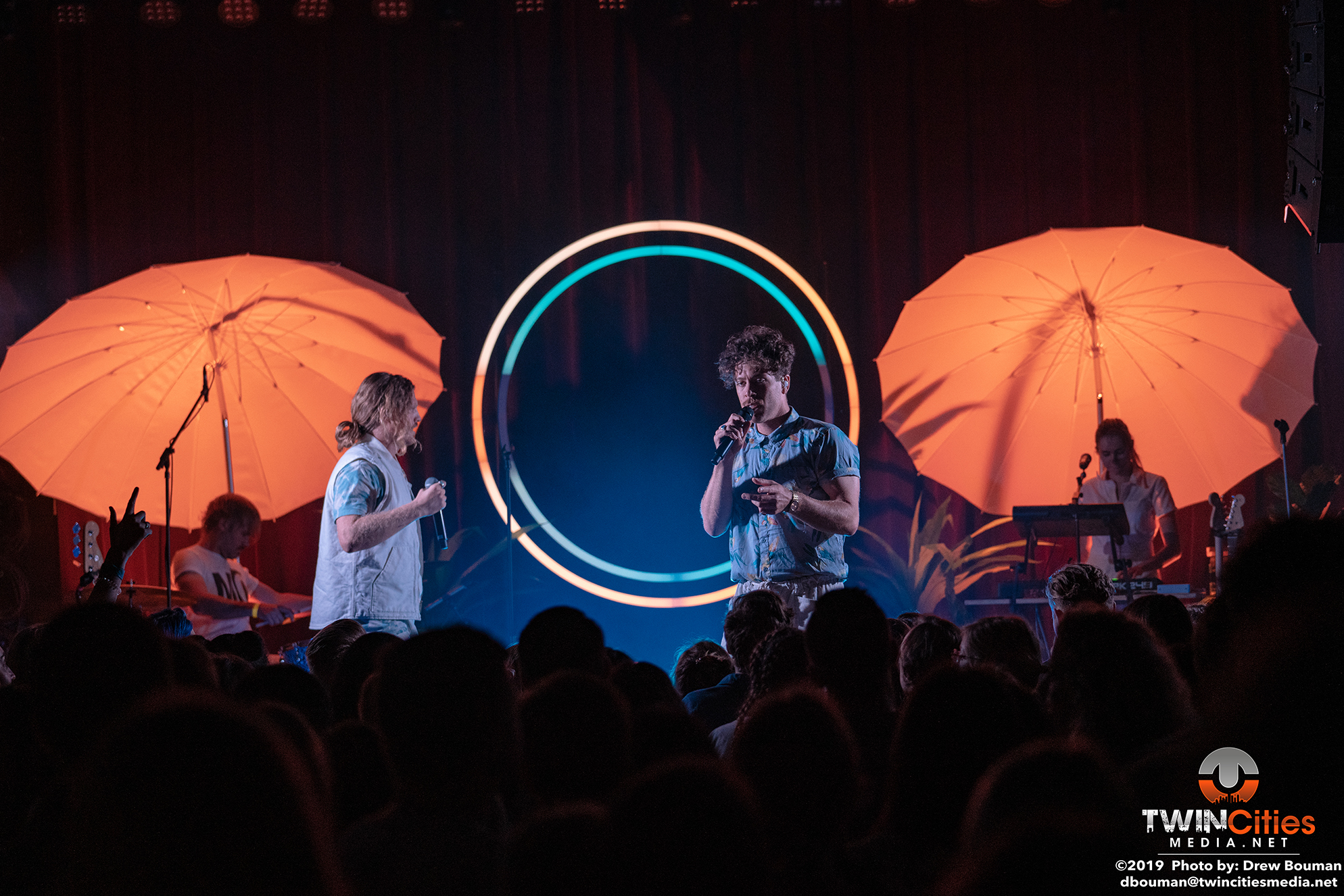 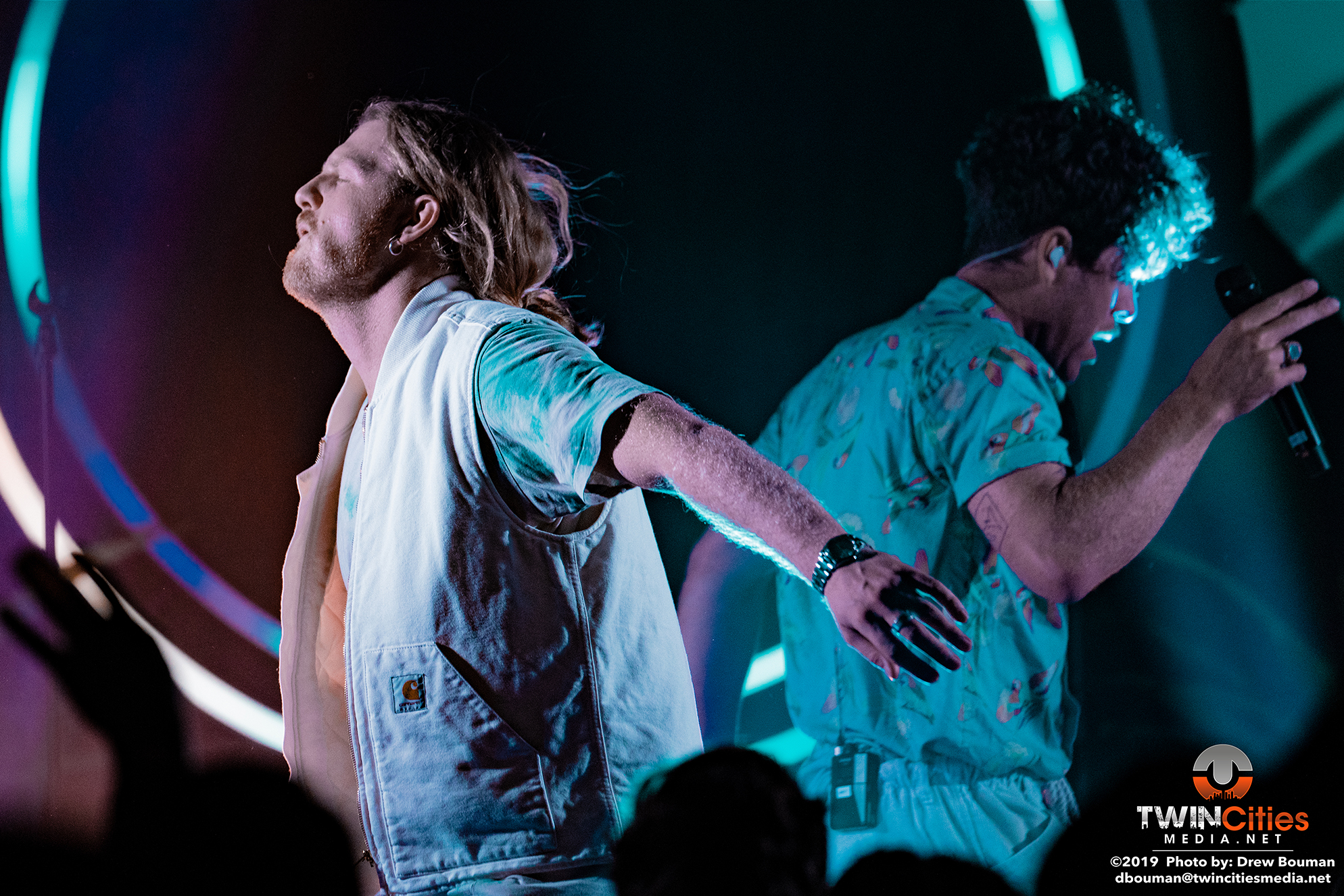 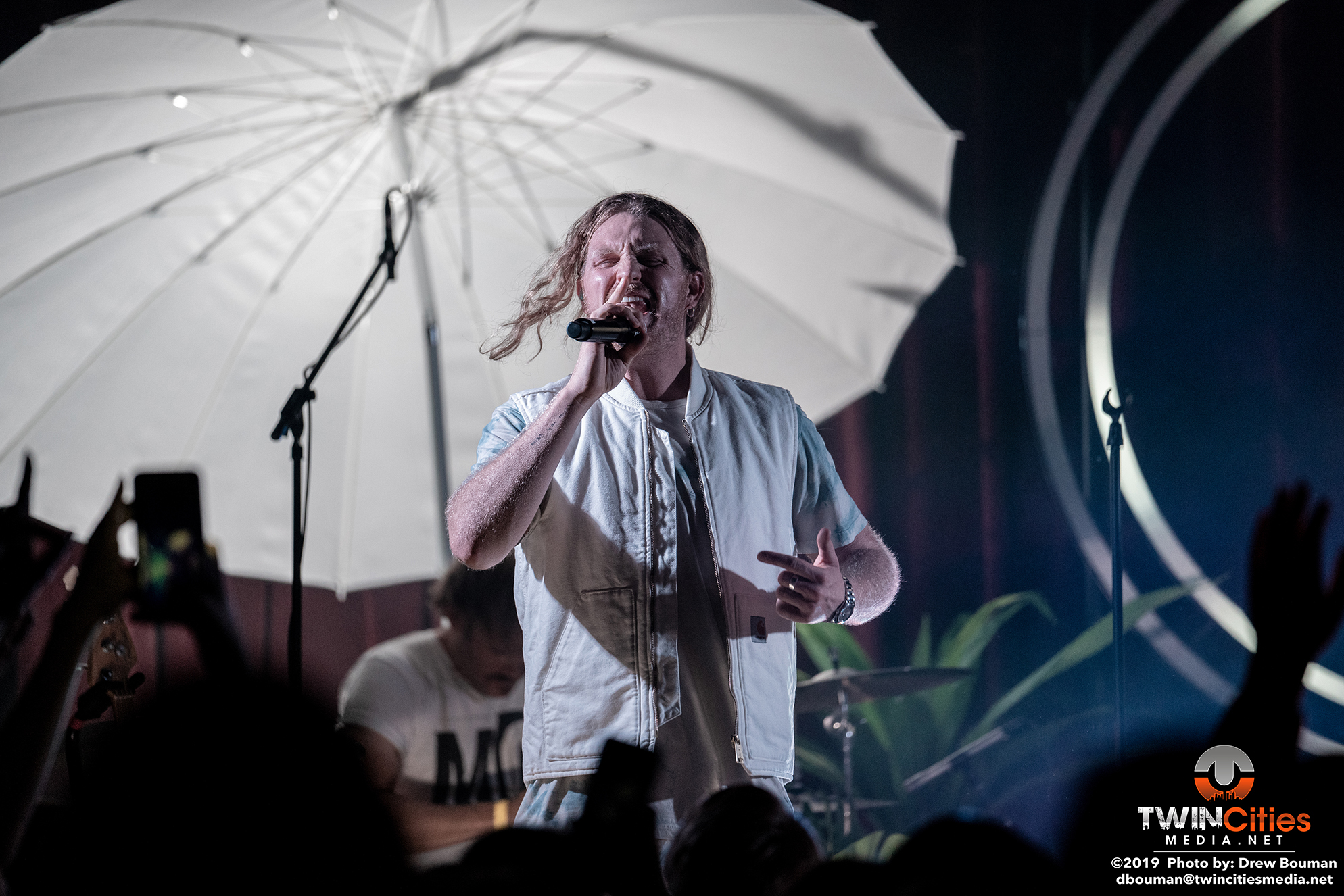 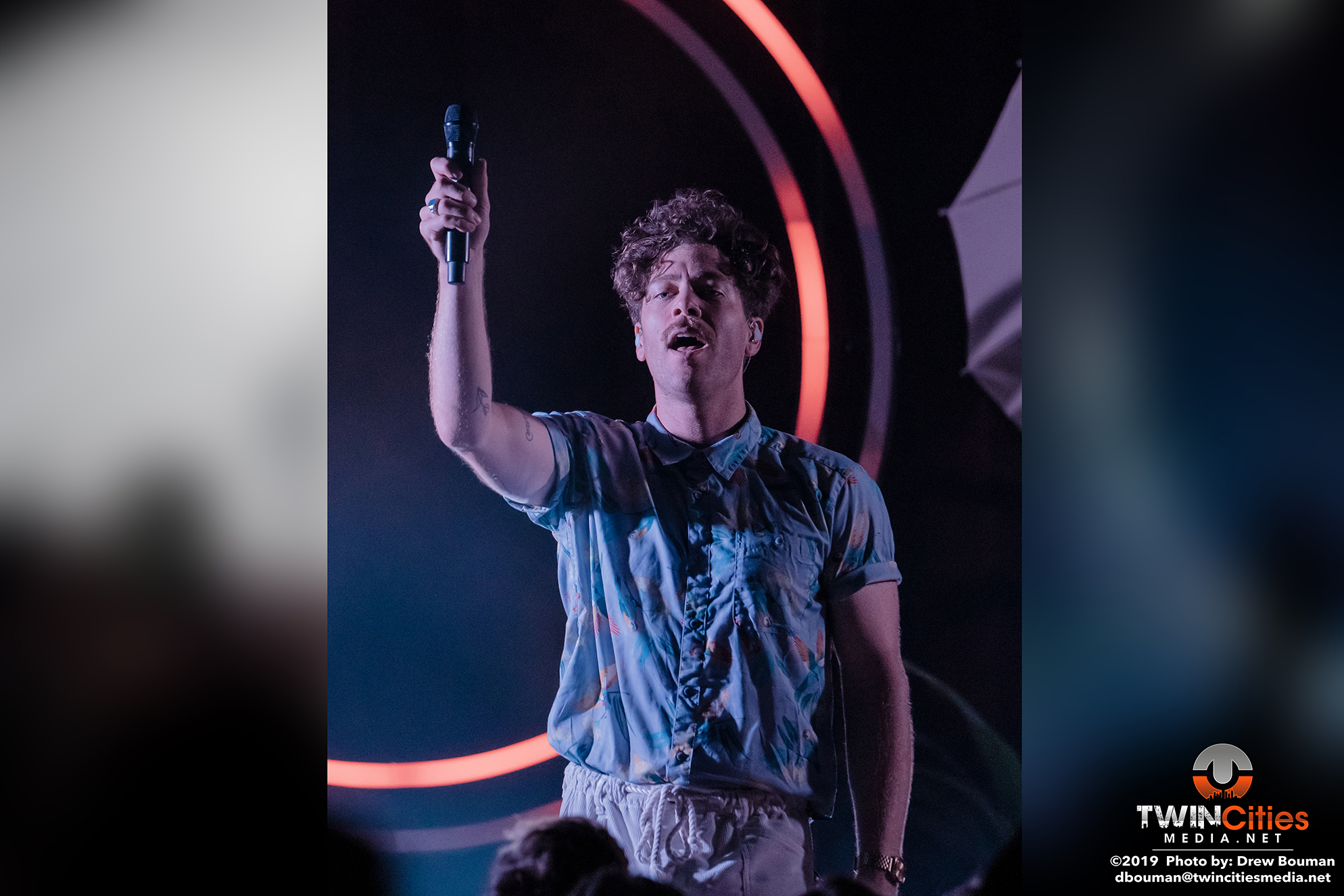 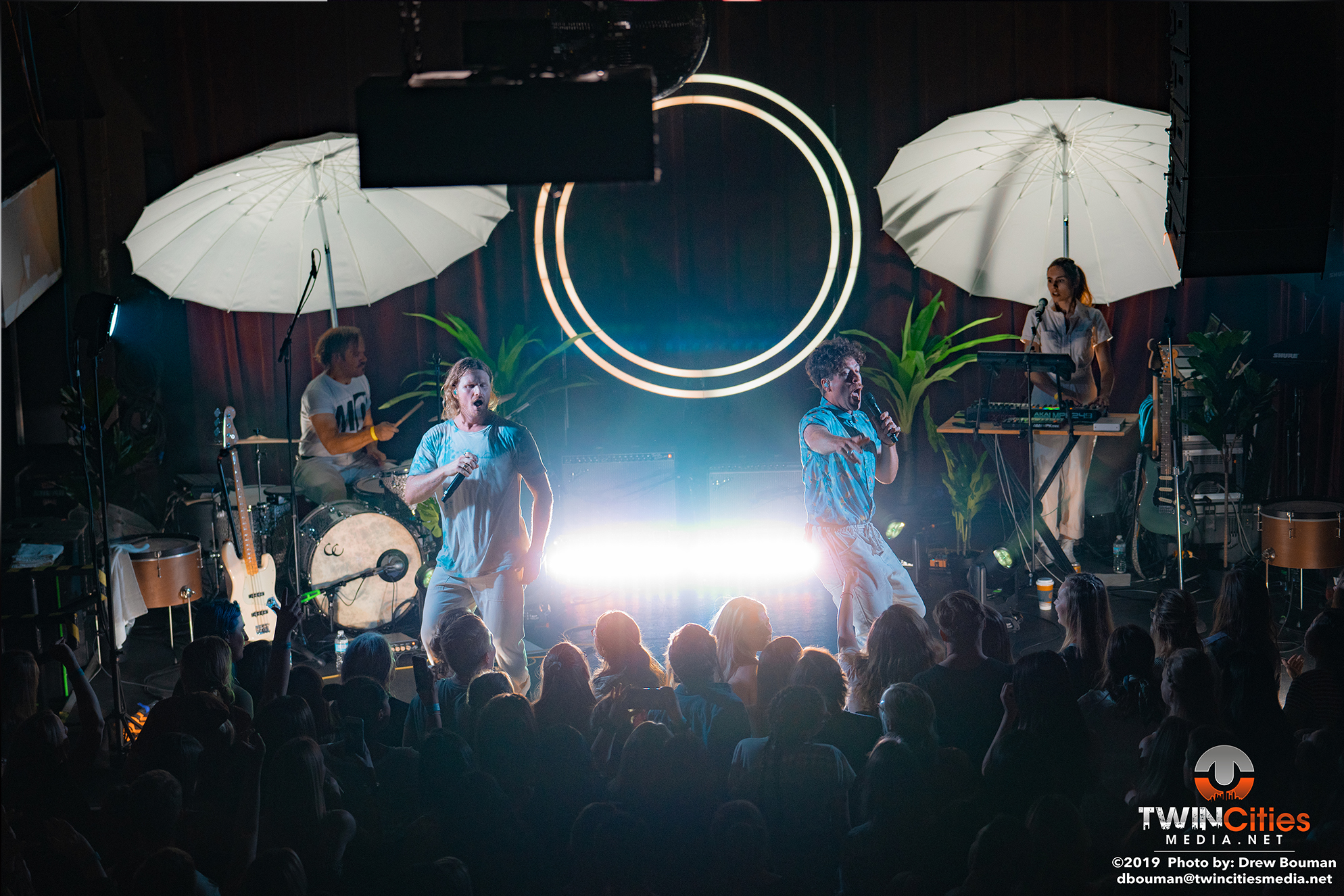 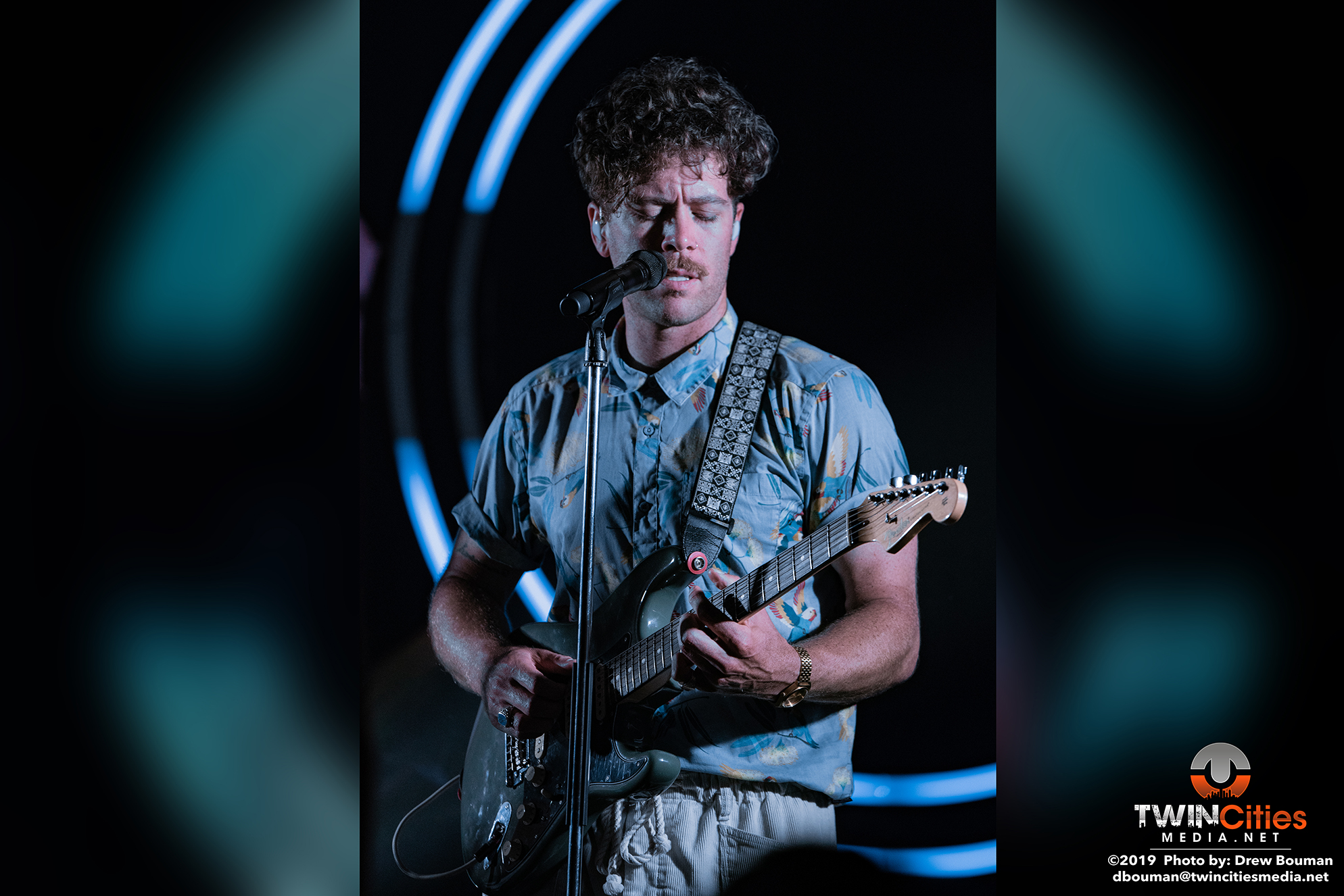 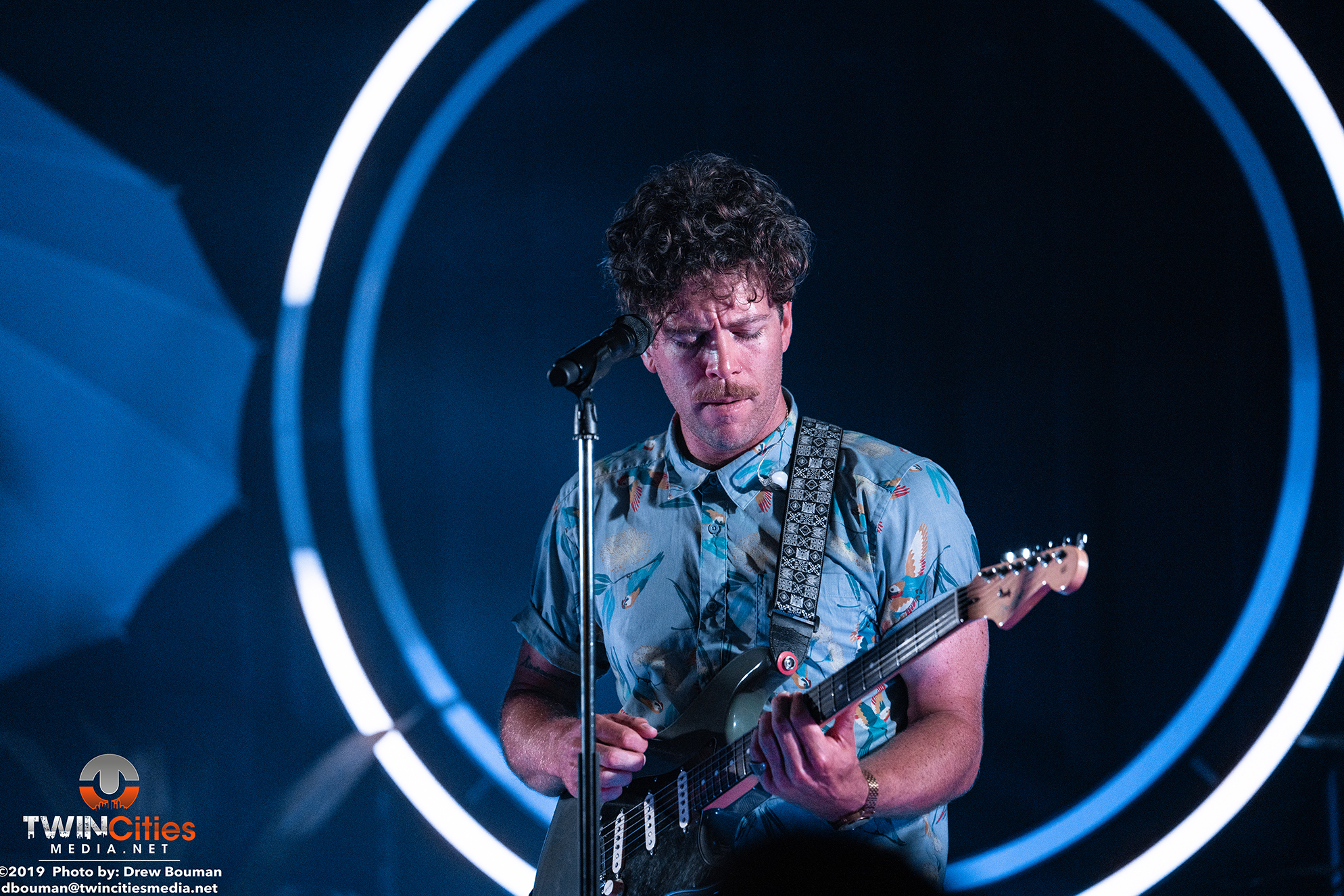 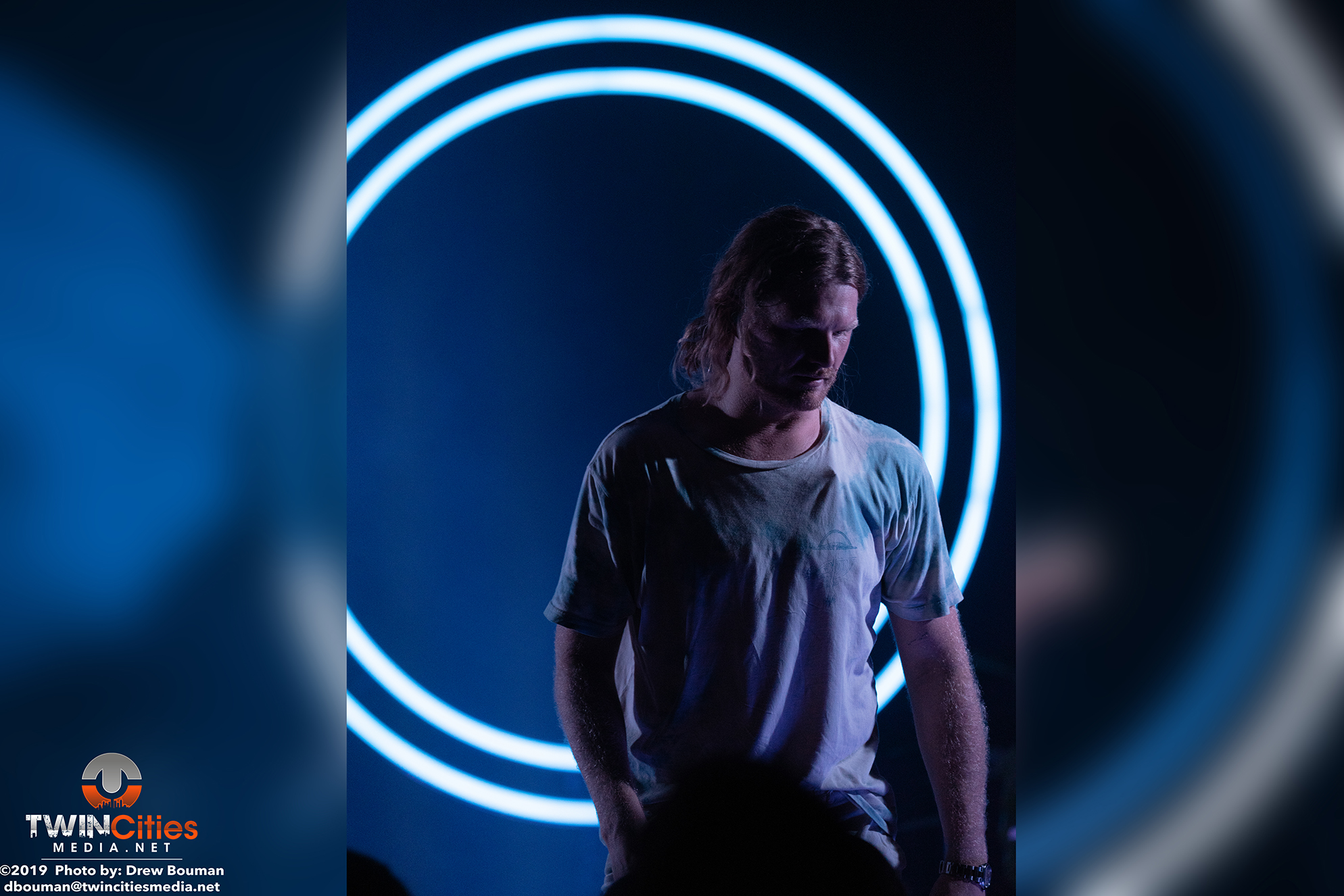 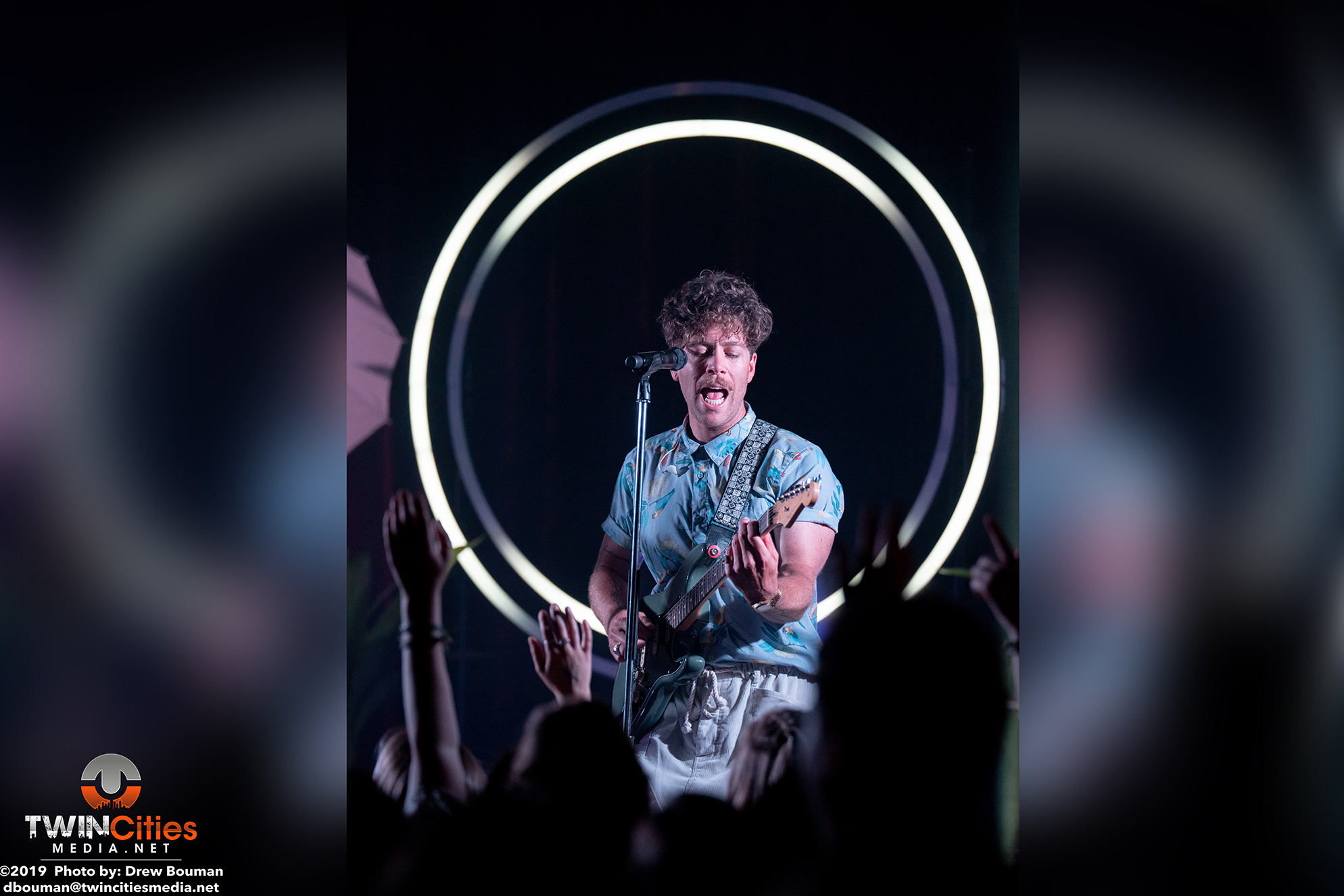 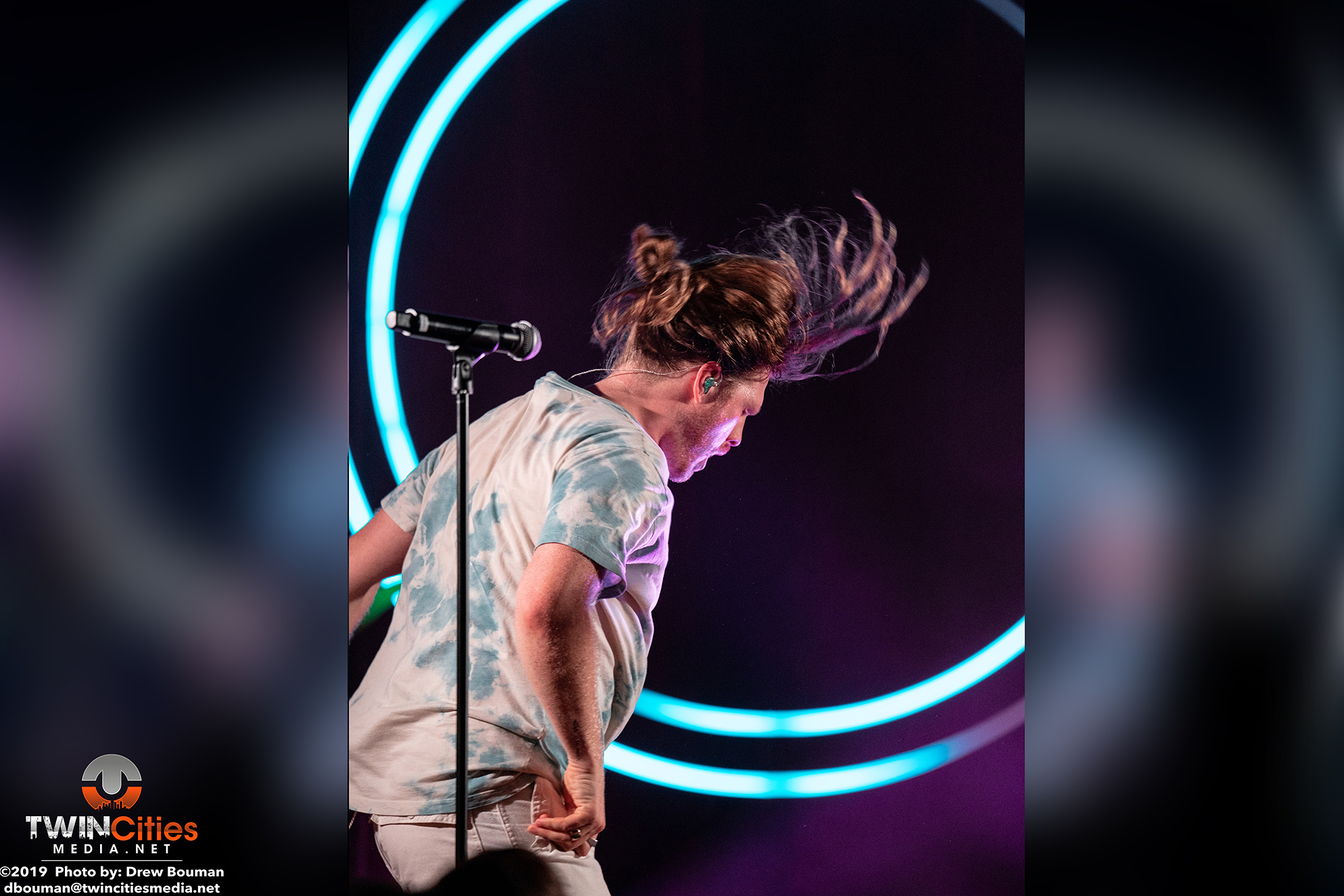 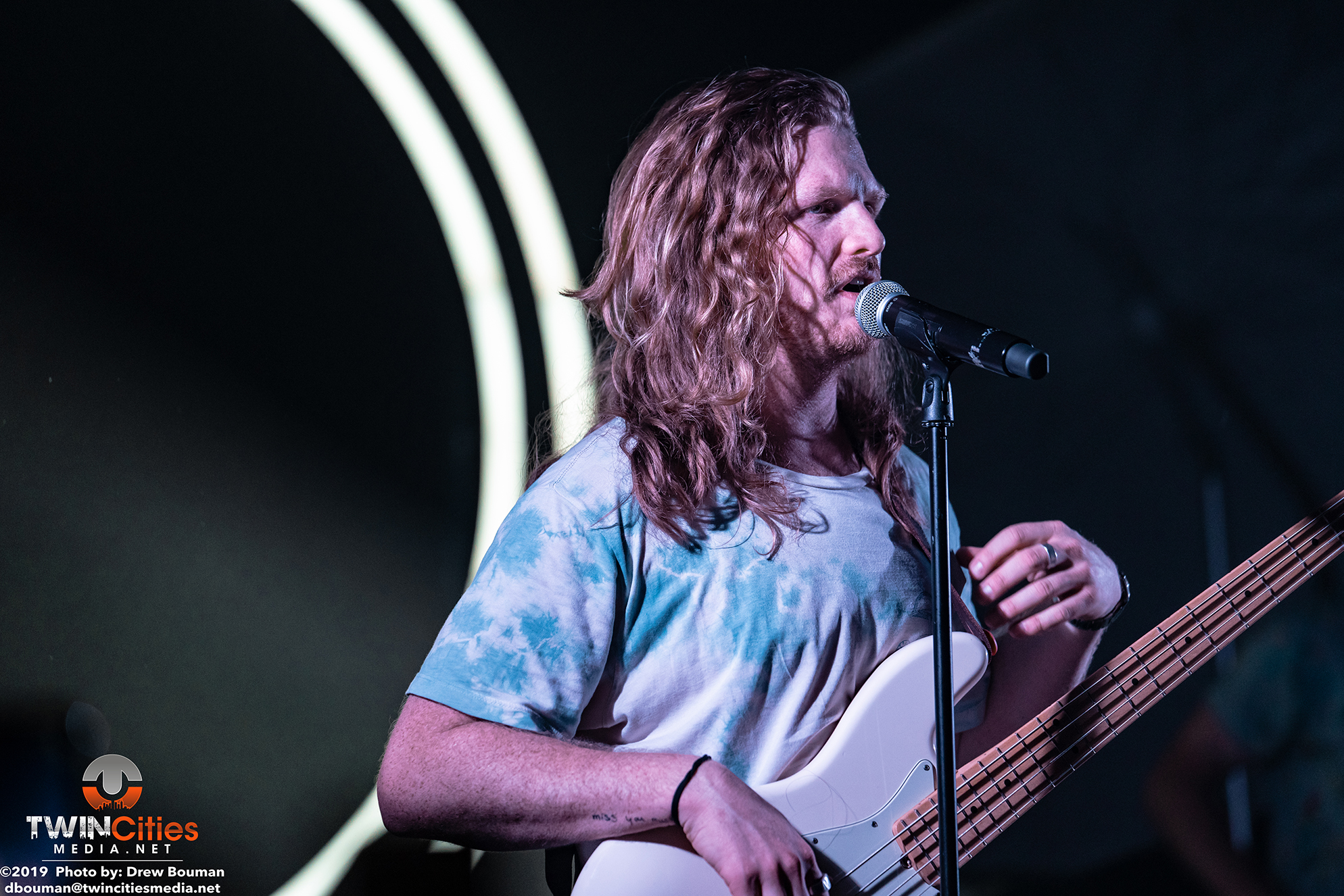 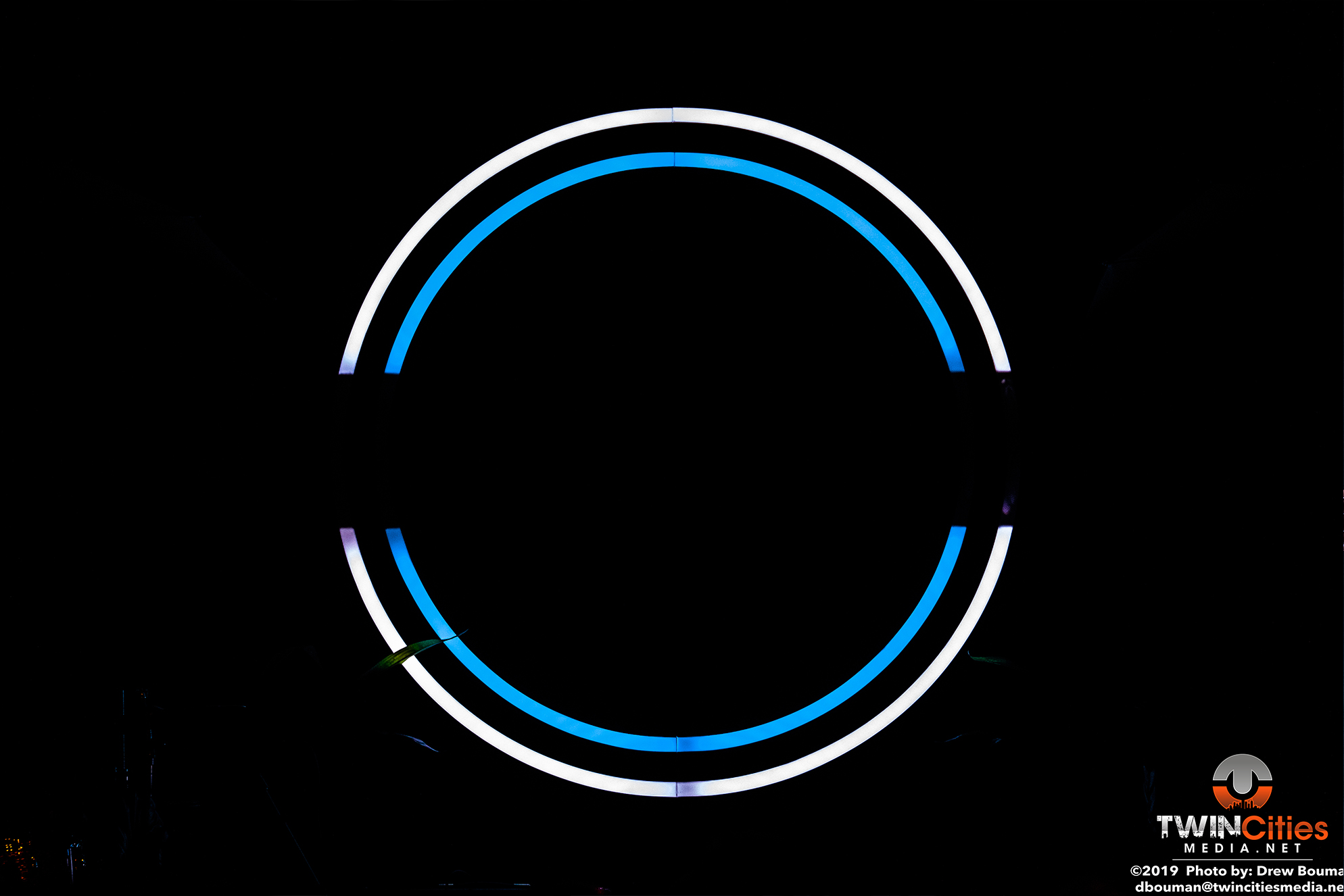 [Show thumbnails]
About halfway through the show a small group in the back must have started feeling their drinks a bit more as they started their own little dance party, they chanted “Greatest song ever” after about every song and the FRENSHIP duo laughed along at their harmless antics. The energy spread through the crowd and eventually, the whole venue was dancing along to hit songs like “1000 Nights” and “Kids”

The time of the night came when FRENSHIP thanked us for their support and told the audience that their favorite thing was getting to see people who their music has had an effect on enjoying what the two have made. The venue went black and the artists left the stage to deafening cheers. It wasn’t long before the audience was chanting “FRENSHIP” in unison asking for an encore.

Before long the band retook the stage and the audience was no less than ecstatic. They finished out the night to their hit song “Capsize.” There wasn’t a person in the place sitting down not at the high tops in the back or the reserved tables upstairs, everyone was on their feet singing along as the platinum-selling duo finished their show on a high note.

After the show, the band walked straight back to the merch table to meet and greet fans. People lined up excited to meet both Glades and FRENSHIP expressing their love and taking pictures with the artists long after the show’s end.

In my last “1000 Nights” this one proved to be one that I am not soon to forget. (See what I did there?) The Vacation Tour was one heck of a way to start off my summer vacation.

Photos by Matthew Weber There are oftentimes one finds themselves deeply impressed. For me, it comes during those moments when I see or hear of a local band making it into the limelight. I believe […]

What do you get when you mix classic Steampunk attire and fast moving Irish music? You can really only get one result … The Langer’s Ball. With their home base in St. Paul Minnesota, The […]

Growing up, I had all of Styx’s albums, including their first 2 albums and their first Greatest Hits album, which didn’t include a lot of their more famous songs. They were one of my favorite […]