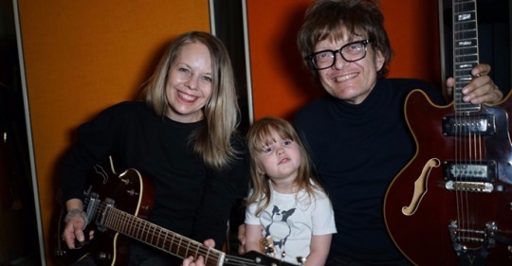 For those who knew him, Ed Ackerson was one of the shining lights of the Twin Cities music scene for over three decades.  A world class rock and roller with bands like Polara and BNLX behind him.  He was the driving force behind renowned Susstone Records.  He founded and ran nationally regarded Flowers Studio.  The number of bands he worked with as a producer are beyond mention.

We lost Ed to cancer in late 2019.  A Celebration Of Life is scheduled February 15 in First Avenue’s Mainroom.  A venue synonymous with Ed and his rich musical legacy.  Tickets and details can be found HERE.

The evening begins with a service and remembrance from many of his closest friends.  Then the night will morph into exactly what he always stood for.  A rock and roll extravaganza.  Expect performances from those who knew him best.  The Jayhawks, Keith Jarret Johnson, Mark Mallman, Two Harbors, as well as resurrections of his two most beloved bands Polara and BNLX.

This list most likely just scratches the surface.  Expect any number of musical guests to participate and to pay their respects.  The evening will be hosted by The Current’s Jim McGuinn.  DJ Jake Rudh will be spinning vinyl between the sets.

Ed Ackerson worked hard right up to the very end of his remarkable life.  He left us with what may well be his greatest work.  A new album titled Capricorn 1 which incorporates so many of the influences that made him the artist he was.  So on top of everything else, this is an album release party.  Somehow those who knew him know he’ll be looking down and be pleased at the gathering.  Even as he would have tried to deflect the accolades to others.

If you love the local music scene, this show is HIGHLY RECOMMENDED.  Emotions will run high.  There will be laughter and stories. Surely, a few tears.  Most of all it will be a night of remarkable music.

An Evening with Dawes at the State Theatre

Los Angeles based Dawes rolled through Minneapolis on Friday night to a nearly full house at the State Theater downtown. Minneapolis was just one of the many stops on their tour, but there was no […]

The Mavericks Bring 30 Years Of Parties To The State, Oct 11

The Mavericks bring their irrepressible mix of Tex-Mex Rockabilly to the State Theater.  Tickets and details can be found HERE. It’s been 30 years since The Mavericks jumped from Miami and steeped their Latino roots […]

I only signed up to cover last night’s Chad Valley show because my friend and fellow blogger was excited about it and, with her taking photos and me writing, it was sure to be a […]