The fourth year of the festival, being referred to simply as “IV” has been wrapped in an air of mystery to say the least. Festival founders Justin Vernon (of Bon Iver, Volcano Choir, and more) and Aaron Dessner (The National) and the entire team over at Eaux Claires have been keeping extremely tight lipped about this years line-up.

On the festival’s official site they state, “Eaux Claires was never meant to be fully understood or easily delineated. We know it has a spirit; we know it has a feel. We know we can light up the marquee with certain names and that will precipitate solid mathematics. We’re excited about the names. But we’re gonna drib and drab it out, let it flow like smoke, because we want this festival to fly or fall on feel. It’s not about the bands, it’s about the collection of art and artists reacting with the collection of you. We’re less interested in telling you what it is than you making it what it becomes.”

When it was announced that well, there would be no announcement about lineup (they’ve locked the lineup link on the site and included the below image as the festival flyer) the internet naturally went into a frenzy. Rumors began swirling over Twitter and message boards (Kanye, did someone say Kayne)? And though some are spiraling over the decision of the festival to not announce a lineup, you have to admit this move brings the magic and excitement back to the era of festivals. The major festival of the world (the Coachella’s, Lollapalooza and even the Twin Cities’ own Basilica Block Party or Rock The Garden) have become such corporate spectacles it’s refreshing to see Eaux Claires get back to what so many festivals were born out of – a love of music, art and the outdoors. 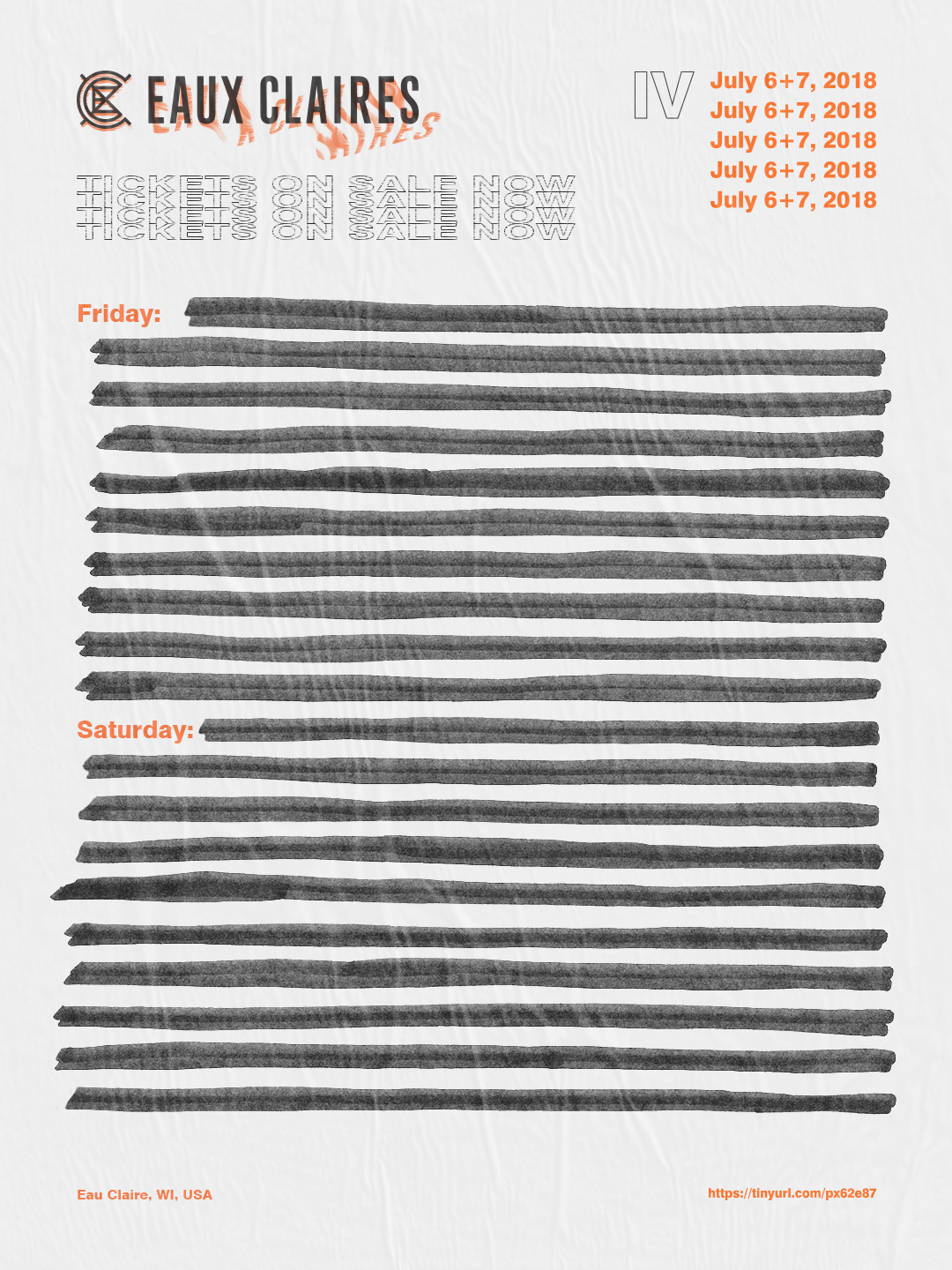 Though there’s no lineup a few artists have announced they will be attending the festival. Explicitly confirmed acts via the artists’ website or socials include The National, Big Red Machine (Vernon/Dessner), Wye Oak, Phoebe Bridgers, Gordi, Moses Sumney, Noname and more. But there’s really only one way to find out – come experience the magic of Eaux Claires yourself.