I truly believe that music is the universal language. We all live it, breath it, experience it, and understand it in different ways. The beautiful thing about music is that it comes in all shapes and sizes. There’s something for everyone. Whether you’re a heavy metal headbanger, pop princess or hip-hop head, music is something that is very personal and communal. It is also very regional. Let’s admit it — some towns just have something very special about their local music scene.

Growing up, I listened to a lot of heavy music. And it didn’t take me long to catch on that there is something very special about the music that hails from the town of Richmond, VA. Richmond is a city that boasts an incredibly impressive repertoire of one of my favorite genres of music — American heavy metal. I first became acquainted with the music of Richmond after I became Lamb of God fan many years ago. However, there is plenty of other talent lurking in the streets of Richmond past the goliath powerhouse that is Lamb of God. GWAR, Municipal Waste, and Windhand are also well known metal bands hailing from Richmond.

There’s also a special, marijuana themed death metal band hailing from Richmond called Cannabis Corpse. Named tongue-in-cheek as a playoff of legendary metal band Cannibal Corpse, Cannabis Corpse have been bringing the brutality of stoner metal to fans since 2006. The band is comprised of Phil “LandPhil” Hall from Municipal Waste, his twin brother Josh “Hallhammer” Hall, as well as guitarists Ray Suhy from Six Feet Under and Brandon Ellis from The Black Dahlia Murder.

Last night, I had the opportunity to see heavy metal bands Cannabis Corpse and Psycroptic light up Lee’s Liquor Lounge in Minneapolis along with Micawber, who opened up the evening’s event along with Phlegethon. Unfortunately, I did not get to see Phlegethon, but I made it just in time for Micawber’s set.

Hailing from Green Bay, Wisconsin, Micawber were on their game, bringing the brutality of death metal at its finest. I was particularly impressed with their masterful guitar playing and rhythm work. They were loud, tight, and fierce. Headbanging immediately ensued as Micawber masterfully powered through their set. Not only was I in awe of how intricate their guitar playing was, I was also captivated by how ferociously commanding the vocals were. Being a semi-local band (Wisconsin counts, right?), I look forward to keeping these guys on my radar. 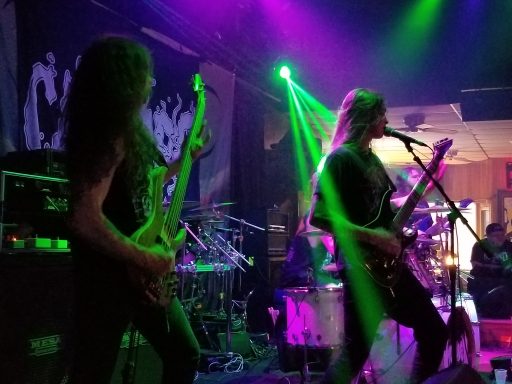 Stoner metal legends Cannabis Corpse took the stage shortly after Micawber wrapped up. Starting out as a heartfelt tribute to smoking pot and crushing death metal, Cannabis Corpse has been carving their path to well-known, stoner brutality ever since their debut. Their most recent album Left Hand Pass came out in 2017 and has been circulating around the death metal scene among both cannabis lovers and overall metal fans.

Their set at Lee’s Liquor Lounge was one of intensity, power and fun. They were heavy, aggressive, and overall incredibly entertaining. Cannabis Corpse delivered a high impact punch to the face. While they were brutal, they also appeared to be likable, and I found myself smiling a few times during their set because I was having such a good time watching them perform. Lead singer Phil Hall was full of pot puns and jokes, keeping the crowd on their toes. The audience seemed to really be digging their set as well as there was headbanging and moshing the whole way through — oh yeah, and some guy dressed up as a marijuana nug dancing around the pit. It was really cool to see a couple of guys doing what they love and enjoying their craft. I mean, getting to tour the country with your stoner metal band bringing heavy music to the masses? That ain’t a bad gig. 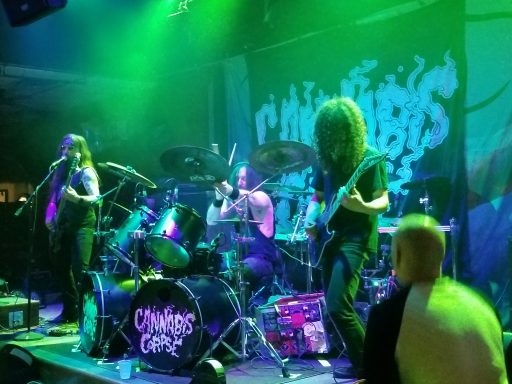 The last band of the night was Australian technical death metal band Psycroptic. Formed in Hobart in 1999, Psycroptic has been pushing the boundaries of technical death metal for the last two decades. They took the stage at Lee’s and immediately dominated the room with their aggressive, yet complex style of music and playing. Technical metal is a unique and skillful genre to conquer, focusing on challenging, demanding instrumental skill and complex songwriting — and Psycroptic absolutely killed it. While I am familiar with Psycroptic’s music, I have never had the opportunity to see them live. What I saw, I really enjoyed and look forward to catching these guys again. 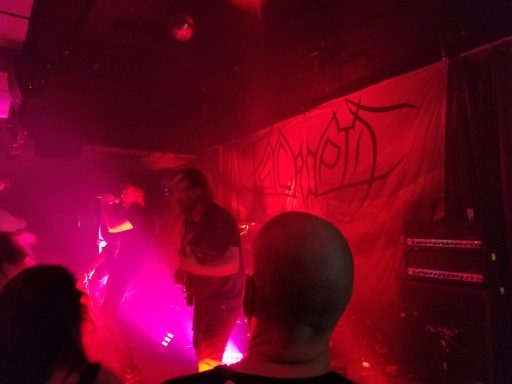 After catching Micawber, Cannabis Corpse, and Psycroptic, it’s safe to say death metal is alive and here to stay. It was such a treat being able to see three amazing bands perform at Lee’s Liquor Lounge. And as always, the Minnesota metalheads were out in force, there to make sure that the bands rolling through had an attentive and supportive audience. Until next time, keep those horns up!

Ted Nugent first hit the music scene with Amboy Dukes. Soon after that, he decided to start his own solo band, and that turned out to be a good thing for him. He has been […]

Last night at the historic First Avenue The Young Wild kicked the evening off in spectacular fashion.  The San Diego based group has a refreshingly clean sound. Many live shows have become over saturated with […]

Anastasia Whisks Audience Away With Dazzling Performance At The Orpheum Theatre

The past few nights spent at metal shows have been amazing. The energy, the thrill– it was seriously exactly what I needed to bring me back down to earth after living in what seems like […]