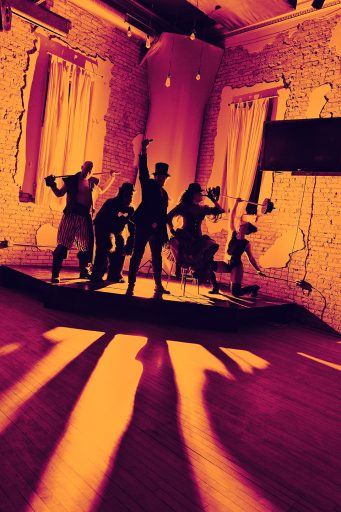 Theatre Coup d’Etat welcomes one and all to our annual fundraiser, Coup de Carnivale! Bottom line: we love to throw a great party.

Featuring over 20 local acts from notable burlesque and drag performers, professional LED hoops and fans, Tarot readers, amazing aerialists, singers, dancers, and sliding-scale donations for entry starting at $20 ($16 for groups of four or more if you purchase online)! You’re officially out of reasons to not join the mayhem. 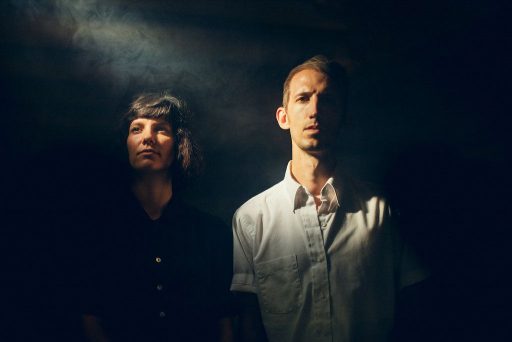 It’s 5:15 in the morning in an historic apartment building in downtown Charlottesville called The Pink Warehouse. Lauren and Daniel Goans, who you will know as the married, world-traveling, singer/songwriting folk duo Lowland Hum, are making their fourth full-length record, Glyphonic, in their studio apartment on the top floor. On top of a bookshelf above the window, there’s a plastic bin collecting black water that drips through a crack in the roof. The reason the Goanses are awake so early is to track guitars for their new album before the rest of Charlottesville rises. They’ll continue to track throughout the day, taking breaks only by force of noise intrusions: construction, trucks, and the quaking of the entire building as trains pass on the tracks within an arm’s reach of the back stoop. These early morning hours will prove dramatically valuable for the quiet they afford.

As the world has continued to grow louder around them, Lowland Hum have spent their career refining the particular power of their self-imposed restraint. Glyphonic is the purest distillation of this thesis to date, setting about the difficult work of finding stillness and meaning in the midst of chaos: a collection of quietudes created and savored among all this present noisiness.

Glyphonic is Lowland Hum’s fourth full-length record of original material following 2017’s Thin. The band has spent the last two years on the road in both the US and Europe with the likes of Josh Ritter, Penny and Sparrow, and The Oh Hellos. Over an expansive career they’ve earned critical praise from NPR, Paste, Huffington Post, American Songwriter, The Washington Post and more. 2019 will bring a headlining tour in support of the new album.

Red Baraat at the Cedar – TICKETS 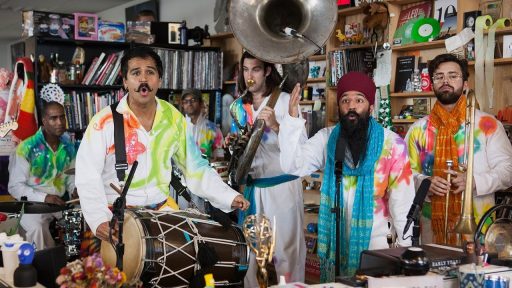 Red Baraat is a pioneering band from Brooklyn, New York. Conceived by dhol player Sunny Jain, the group has drawn worldwide praise for its singular sound, a merging of hard driving North Indian bhangra with elements of hip-hop, jazz and raw punk energy. Created with no less a purposeful agenda than manifesting joy and unity in all people, Red Baraat’s spirit is worn brightly on its sweaty and hard-worked sleeve.

Red Baraat’s June 2018 album release, Sound The People, hit the top 10 on the World Music Charts Europe and was heralded in the US as the anthem soundtrack for the South Asian diaspora by US hipster, indie-rock magazine, Stereogum: “The album is full of moments that hit with the force of a spiritual awakening… The funk, ska-punk, and other American forms that make their way into the music are layered intricately within the same threadwork as the ragas on which these songs are pulled from. Each piece is a gesture of cultural harmony, rendering not only genre irrelevant, but the geographic placement of those sounds.”

2018 also saw the band touring Kazakhstan, Abu Dabhi, US, Canada and Europe. They headlined the renowned WOMAD Festival in Cáceres, Spain in front of 10,000 people, performed the Vienna Konzerthaus (Philharmonie) in Austria and had the crowd jumping at Rudolstadt Festival in Germany.

Amenra at the Fine Line – TICKETS 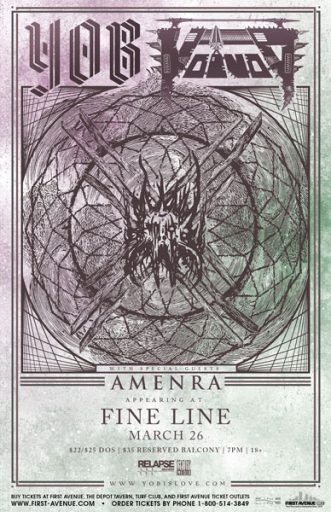 Contrasts have always been deep, and at the very heart of AMENRA’s music, ever since they started uttering their Prayers and holding their Masses, eighteen years ago. Tormented darkness has always coexisted alongside luminous beauty, thunderous impacts instantly followed by frail, delicate subtleties. Songs that seem to engulf everyone in the world at once suddenly feel like they are being whispered to you inside the isolation of your solitary womb. Mass VI (2017) is here, and more than any other album in AMENRA’s past, it highlights those contrasts in a deeply affecting way.

The eerie quietness of the first couple of minutes of Children Of The Eye announces the coming storm, and the nine explosive, cathartic minutes of this opening song hold in themselves all the strikingly disparate emotions that we have come to expect from Amenra. Mass VI is an emotional rollercoaster until its very last second, until Diaken is abruptly ended at its very climax, as the last breath of an expiring life. Every band member is seemingly being stretched to their physical limits throughout.

Colin puts in the performance of a lifetime, but he is inextricably intertwined to the guitarwork of Mathieu J. Vandekerckhove and Lennart Bossu is able to express unimaginable weight, both physical and spiritual, as well as weaving melodies of the utmost delicacy, while the rhythm section of Levy Seynaeve and Bjorn J. Lebon can either rumble like a consuming thunderstorm or retreat to the shadows with the same flowing spontaneity as the atmosphere dictates.

Smino at the Varsity Theater – TICKETS 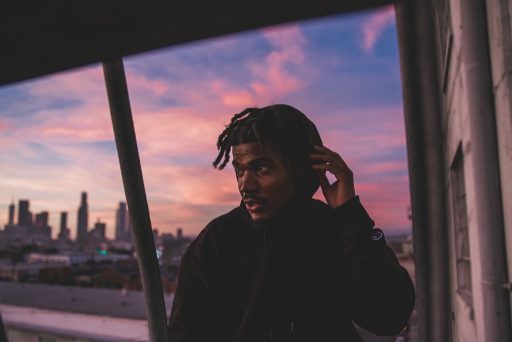 After a year and a half on the road traversing the globe in support of his groundbreaking and critically acclaimed debut album, blkswn, Smino, the multihyphenate artist, is ready to embark on something new.

Noir is a record about the present, about life now, he says, an experience that is far more complex and challenging. He’s still writing songs every day, but now his songs reflect a changing Smino, one dealing with “adult shit.” Exponential growth is the reward. “I guess growth for me means understanding shit and being able to make music intentionally,” he says.

Music runs through his veins; it’s genetically embedded. Smino’s grandfather, father, and mother were musicians, and the rapper and singer began playing drums in his native St. Louis at an early age. After a brief stint at Columbia College and a move back to his hometown, he returned to Chicago where he connected with Classick Studios and released his first two EPs, S!ck S!ck S!ck and blkjptr. In 2017, he dropped blkswn, which Rolling Stone hailed as one of the 40 best rap albums of the year.

Noir is about intentional fun. Smino once again collaborated with trusted producers like LBoogie, Sango, and Zero Fatigue member Monte Booker. And songs—with titles like “Klink” and “Tequila Mockingbird”—offer a lighter contrast to blkswn. “If sometimes it felt like I was going off a little too much on my tangent shit, I probably didn’t pick those songs,” Smino says. That brightness permeates the record and inspires Smino’s current outlook. “Just have fun with your fucking life,” he says. “That’s really what I was doing when I was making the record: just having fun and living off my own confidence.”

Honesty gets at the heart of Smino’s new music. If blkswn saw the musician tackling the issues of the day, Noir sees him pull directly from his personal everyday truth. “I’m not trying to be like anyone else’s art,” Smino says. “I’m just trying to be the art that’s coming out of me. It’s just honest.”

Hayes Carll at the Cedar – TICKETS

The chorus to the title track on the new Hayes Carll album, What It Is, is a manifesto.

What it was is gone forever

What it could be God only knows.

What it is is right here in front of me

and I’m not letting go.

Known for his pensive songwriting, Carll won the won the Americana Music Association Award’s “Song of the Year” award for his single “She Left Me for Jesus” and garnered a Grammy nomination in 2016 for “Best Country Song” for writing “Chances Are”, performed by Lee Ann Womack. His music has been revered by critics at The New York Times, NPR, Entertainment Weekly, and Rolling Stone, but to understand the true depth of Carll’s music, it’s pertinent to hear him in person. He’s one of the rare artists who can pack a dancehall one night and captivate a listening room the next; holding the full attention of listeners in both circumstances. It’s truly an experience to feel the weight and impact of the feelings behind his lyrics, and a testament to his unparalled capability to put those feelings into words.

Carll recently released his sixth album and some of his most nuanced work yet, What It Is, on February 15 via Dualtone. What It Is finds Carll in a new phase of life — wiser, bolder, and looking at life from a big-picture perspective. The album’s 12 tracks span from heartfelt ballads to tap-your-foot-along Texas stomps and is the perfect listen for people who enjoy smart music. Between his well-executed sarcasm, sly political commentary, and witty eloquence, What It Is is both thought-provoking and relatable. 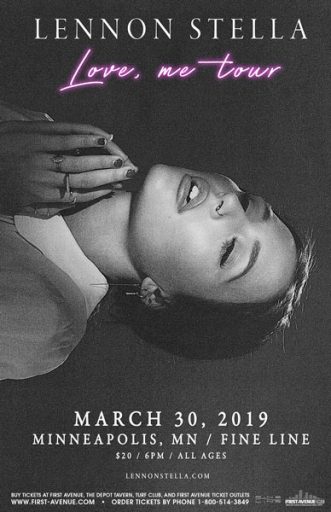 The 19 year-old Ontario, Canada native Lennon Stella first gained national attention in 2012 when her and sister Maisy’s cover of Robyn’s “Call your Girlfriend” went viral (their YouTube channel has over 100 million views and nearly 800,000 subscribers.) That same year, Lennon landed her starring role in the hit television show Nashville as Maddie Conrad. 2018 was an exciting year for Lennon as she signed her first label deal with RECORDS LLC. / Columbia Records. She released her debut solo EP Love, me in November, which debuted in the top 5 of Billboard’s Heatseekers Album Chart. Lennon has been featured in various year end lists and was recently named a VEVO DSCVR Artist, Radio Disney’s Next Big Thing, one of Teen Vogue’s ‘16 Young Musicians You need to Be Listening to in 2019,’ and one of Refinery29’s ‘Young Celebrities to Watch in 2019.’

Ten Fé at the Entry – TICKETS 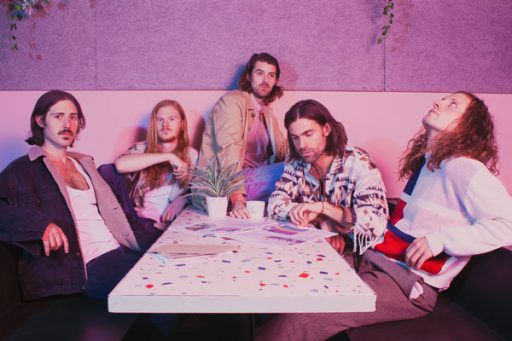 The story of Ten Fé is a love story, of sorts. For the songwriters at the centre of it – Ben Moorhouse and Leo Duncan – the band is the eventual realisation of two respective careers spent navigating the bumpy terrain of the music industry. Both have been in bands before, some successful, some less so, until in each-other they finally found a musical partnership built on a deeper understanding.

Leo Duncan is from the Black country – the ‘armpit of England’, he jokes – raised in an Irish household, steeped in a tradition of folk singing. Ben Moorhouse is from East London and found his musical feet at school  – picking up a guitar, and moving through Britpop into psychedelia and then jazz as he progressed through his teenage years and onto a Royal Academy music degree. They met around the time Ben was enjoying success playing bass in indie outfit Golden Silvers and the pair began working together on the side-lines.

Between busking on the London underground, they wrote songs in each-other’s bedrooms, and eventually in 2015 started releasing music in their own right. Ten Fé was formed. Their debut album Hit the Light arrived in early-2017 and received widespread acclaim, with comparisons to Britain’s Madchester scene of the late ’80s and early ’90s and Springsteen-esque Americana. It struck a chord, enjoying in excess of 30 million streams on Spotify and inspiring sold out shows in the UK, America, and Europe.

They felt a renewed sense of confidence when it came to writing the ever-daunting follow up. They set up shop in a vacant driving licence office in Walthamstow where the majority of the writing has been done. As they neared the end of the process, they took their collection of songs and the rest of the expanded Ten Fé band – Rob Shipley, Johnny Drain and Alex Hammond – to Oslo where they tracked the record before returning to London to finish it off with producer Luke Smith (Foals, Depeche Mode, Petite Noir, Anna of the North) and have it mixed by Craig Silvey (Arcade Fire, Florence & The Machine, Amen Dunes). Finding a sweet spot somewhere between the woozy drawl of War on Drugs and the taut melodrama of Fleetwood Mac, they focused their sound into something distinctively Ten Fé.