Back to the snow banks of the Great White North.  After a week, a part of me is glad to be home.  But part of me was left in Austin.  SXSW is a unique experience.  Not for the feint of heart or casual music fan.  For artists and music nerds it’s Mecca.

My overall takeaway from my first experience is that it’s huge.  I learned some valuable lessons about trying to eat the whole thing.  It worked so much better when I simply let it come to me as opposed to trying to analyze the schedule and put together a to do list.  In that latter world, you scramble between venues, racing the clock to catch a 40 minute set.  When you get there, who knows if you’ll get in? 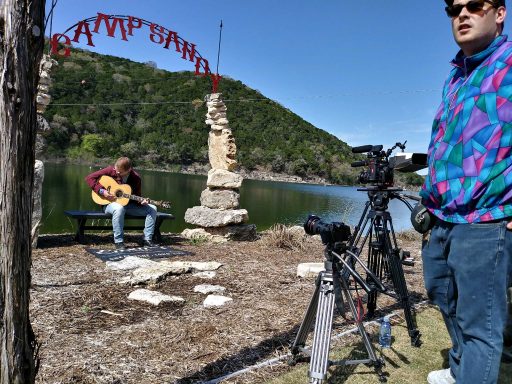 So I learned to trust.  If a band was good enough to get in that showcase, it’s worth checking out.  Some may not be your cup of tea.  But that’s ok.  Either you wait 40 minutes for another one more to your taste.  Or you do a bit of research ahead of time and simply hang out at a label showcase more up your alley.

If you want to also take in movie premiers, the future technology exhibits, the comedy festival, the art work… good luck to you.  SXSW is expensive so it sometimes it feels like you need to really get your money’s worth.  But trying too hard will leave you on the pavement like a smashed armadillo.

Here’s what I take away.  This is music lovers paradise in a really funky city.  There are areas I came to love.  Others, not so much.  Much of what happens is along Sixth Street and nearby environs.  Head well east or west on Sixth and the place is jumping.  It feels really safe and has a happy vibe.  It’s all about the bands.  The center section right downtown is full of venues.  But the street is packed with people simply milling.  Somehow trying to be where the action is without participating or paying much attention to the bands.  There is a very heavy police presence and it feels it bit like a tinderbox.

South Congress just below downtown is also a fantastic area.  There are some iconic Austin music venues along this strip, mixed with funky shops and restaurants.  The Continental Club, C-Boys, The Hotel San Jose (Jo’s).  To get there you need to grab one of the ubiquitous scooters or electric bikes.  There’s no more room for cars and it can be a long walk.

I was so impressed by the Minnesota presence at the festival.  The Current is high profile and runs one of the highest demand day parties of the entire week.  Despite showing up early, the line for this one stretched a couple blocks.  As much as I’d planned to just make a day of it hanging with local people, I gave up trying to get in.  That’s ok since there were plenty of other things to do.

Without looking back at the schedule, the following MN related bands come to mind:  JS Ondara, Lizzo, The Shackletons, Sleeping Jesus, Products, Maudlin, Bully, Gaelynn Lea, Bad Bad Hats.  We were well represented.  I suspect each of them connected with other bands and made some new friends.  Some home and home gigs were negotiated.  That’s so important to artists because you can’t roll into a new city and expect people to show up.  But if you can ride the coattails of someone established, it’s possible to fast forward the process.

Most of the bands at SXSW are there looking for a break.  Some are big names there to provide name appeal and they often play multiple gigs.  Low Cut Connie was everywhere.  Carseat Headrest, Ben Kweller, Jimmy Vaughan, De La Soul all come to mind.  I caught a couple of these and they were just great.  However, part of me feels like it was an easy way out.  Those bands will come to us before long.  They always do.  Time could be better spent in discovery.

In the discovery category, there were some great surprises.  I think my favorite band of the festival was Glasgow band Lucia; a hard rocking bunch with great pop sensibilities.  If you want to check them out, here you go.  If and when they come to the Twin Cities, it’s a show not to be missed.  .

Initially, I tried looking them up on The Current, thinking that if anybody was already on them it would be music director David Safire.  However, if you type Lucia into the site’s search bar, you’ll get years worth of DJ Mary.

Another night, I traveled east down Sixth to The Hotel Vegas venue to see a particular band.  Couldn’t find a scooter, my feet were toast and I finally shelled out $20 to have somebody pedal me there.  Bit grumpy about that.  Bit grumpier when I realized I’d misread the app schedule (note, that’s very easy to do and all of us managed to do it once or twice).  Instead I got legendary New Zealand rockers The Chill.  Somewhere between Big Country and Crowded House.  How did I not know them? It couldn’t have turned out better.

And those crazy Canadians.  It’s much more than just Neal Young and The Tragically Hip.  The next time The Dirty Nil comes to town, go get your face melted.

Along the way I took in bands from Italy and Israel.  Mexico and Morocco.  A Japanese buzz band and a Tex Mex meets Irish Trad bunch.  There are no rules and all music is embraced and shared.  It’s a special place for any serious music lover.  You go to discover, not to be spoon fed.

Fellow TCM reviewer Amanda Hefner already mentioned how much she loved Sunday hanging with The Shackletons at JamintheVan.  This YouTube channel, with its state of the art, solar powered mobile tour bus/recording studio, was parked at a private little beach resort called Camp Sandy.  Aside from taping sessions from about a half dozen bands, it was set up as an artist retreat for those doing sessions.  It was a privilege to be included.  Great food, drink, gear and conversation.  Celebrity chef Paul Qui was on hand to tape a session with two of The Shacks teaching some of the worst cooks on the planet how to throw down a delicious chicken satay.  What a sublime way to unwind and catch your breath.

As the day drew to a close, every inch of the band van was stuffed and the vehicle was pointed north.  A short stop for some sleep at a sister’s home in Dallas before a long cannonball run all the way back to the Twin Cities.  No weather.  No mechanical issues. No disputes over the music selections.  While I’m a good 35 years beyond the effective age of “road trip!”, I made it and enjoyed it.

Thanks, SXSW.  I’ll be back.  A bit wiser.  A bit more efficient.  A bit less of a tourist.  Looking forward to it! 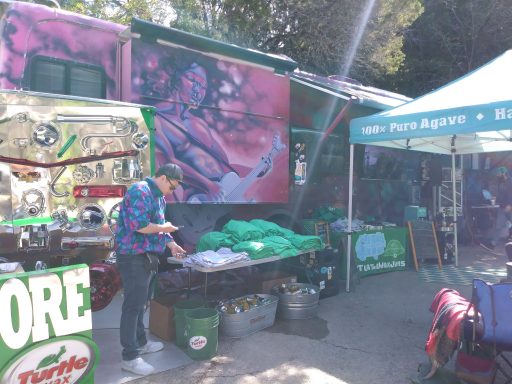 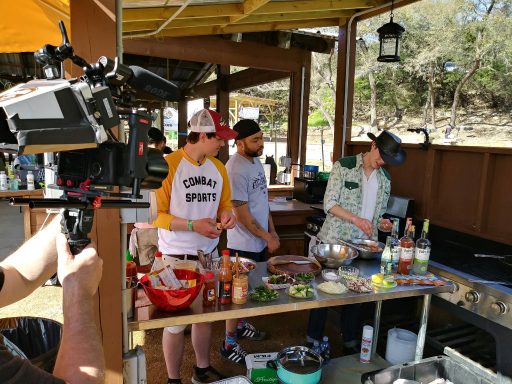 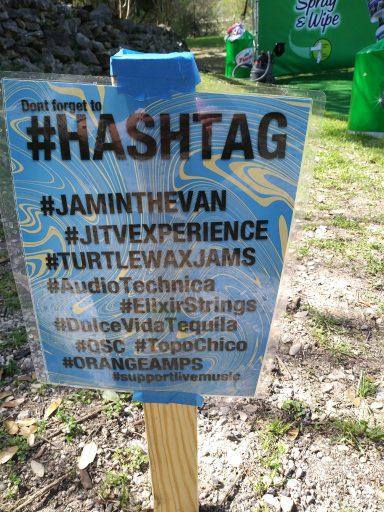 The ‘La Musique room’ located in St Michael Mn was transformed into Folsom State Prison and the Johnny Cash Tribute Drama came to reenact a concert for the inmates! All audience members knew they were […]

Some nights at First Avenue simply stand out from the rest; yesterday’s Useful Jenkins show certainly did. The self-described “Acoustic Jamgrass” band from Mankato is currently on their summer tour. White Iron Band may call […]

Jared & The Mill Spread The Love At Turf Club Show

I can usually roll with the punches. I’m not one of those people who is afraid of change in fact, I typically embrace it. That being said, I was a bit shocked when I walked […]