He’s big, he’s mean, and he’s here to make a scene. This year, Frankenstein celebrates its 200th anniversary at the Guthrie Theater with daily performances of the play all month long. Frankenstein’s famous monster will have residency at the Guthrie up until October 27th, so if you are interesting in attending this unique adaptation of Frankenstein – Playing With Fire, tickets for the show are available HERE.

As the author of Frankenstein, Mary Shelley is often credited as being the first pioneer of the science fiction genre. While Frankenstein has always been pegged as one of Halloween’s most famous monsters, the audience has always been encouraged to look beyond the exterior of the creature and decide who exactly is the monster.

The underlying themes of Frankenstein will be examined in further depth by playwright Barbara Field and director Rob Melrose, who bring Frankenstein back to life with their new theatrical adaptation of Shelley’s iconic horror novel. Their play – Frankenstein – Playing With Fire, has been pegged as a “riveting ethical argument” that is sure to dabble in some of the stories main themes and curiosities while leaving attendees entertained and satisfied. 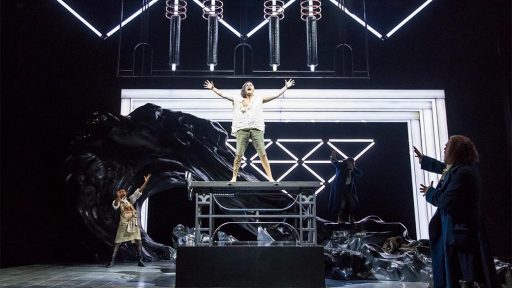 Here is a brief description of the show: “Adapted by Minnesota playwright Barbara Field from Mary Shelley’s Frankenstein (celebrating its 200th anniversary this year), this captivating retelling of the classic tale imagines a meeting between a dying Frankenstein and his creation in the Arctic Circle. As Frankenstein prepares to right his greatest wrong by confronting the Creature, scenes from their past are replayed and the line between good and evil is debated, revealing a powerful and agonizing question that interrogates the ethical limits of science and human imagination.” – The Guthrie Theater.

The cast features a wide range of talented actors and actresses, with Zachary Fine as Frankenstein, Ryan Colbert as Victor, Elijah Alexander as the Creature, Robert Dorfman as Krempe, Amelia Pedlow as Elizabeth and Jason Rojas as Adam.

If you are feeling spooky this October or are just looking for a night of entertainment, come and treat yourself to a night at the theater. 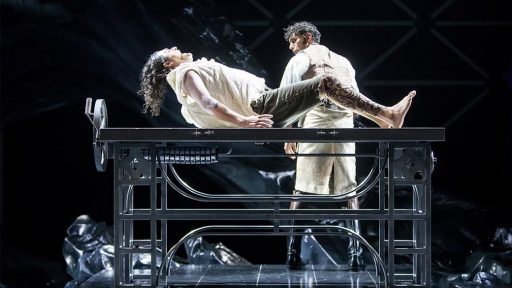 Ever since I was a small child, I’ve always wanted to attend a ball! Here’s our chance with Bad Bad Hats at First Avenue this December 21st. Bad Bad Hats are native to Minneapolis and […]

The frigid weather couldn’t keep the faithful away as funk/rock/jam masters Spafford kicked off their “For Amusement Only” tour in the sold out 7th Street Entry on Thursday night. These Arizona boys took the arctic […]

If you have been looking for a good metal show to come to town, then you got your wish on Tuesday, October 4th!  Megadeth came to town for the second appearance in 2016.  This time, […]