The crowd was buzzing at The Skyway Theater on Saturday and it wasn’t just the liquid refreshments. The crowd had no idea what was about to unfold before them. As the lights dropped, the energy started to multiply. The crowd of concert-goers edged closer and closer to the front of the stage and began to chant “Otep! Otep! Otep!” Metal horns and fists hit the air high and strong as Otep took the stage. As the first guitar chord rang out, vocalist, Otep Shamaya took to the stage with a burst of fire and broke into the iconic song Battle Ready. Otep’s strong presence are simply mesmerizing. She immediately connects with the crowd as they seem to unite into one human sea of energy. 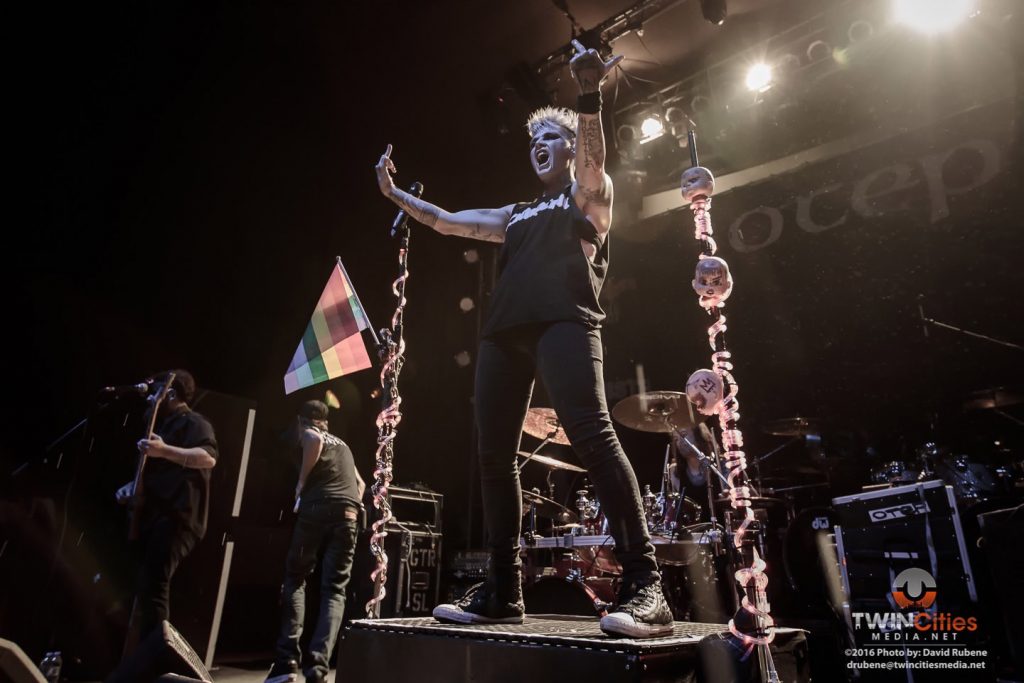 With a vocal range from soft and pure to guttural, bone shaking aggressive sounding, Otep has crafted a new take on all things metal. Occasionally, exhibiting a bouncing rhythm similar to raw hip hop styling and powerful guitar heavy grooves, Otep Shamaya is an innovator and masterful artist. Many of the songs that have made Otep a household name were played, but the set list was really heavy on songs from the current album, Generation Doom. 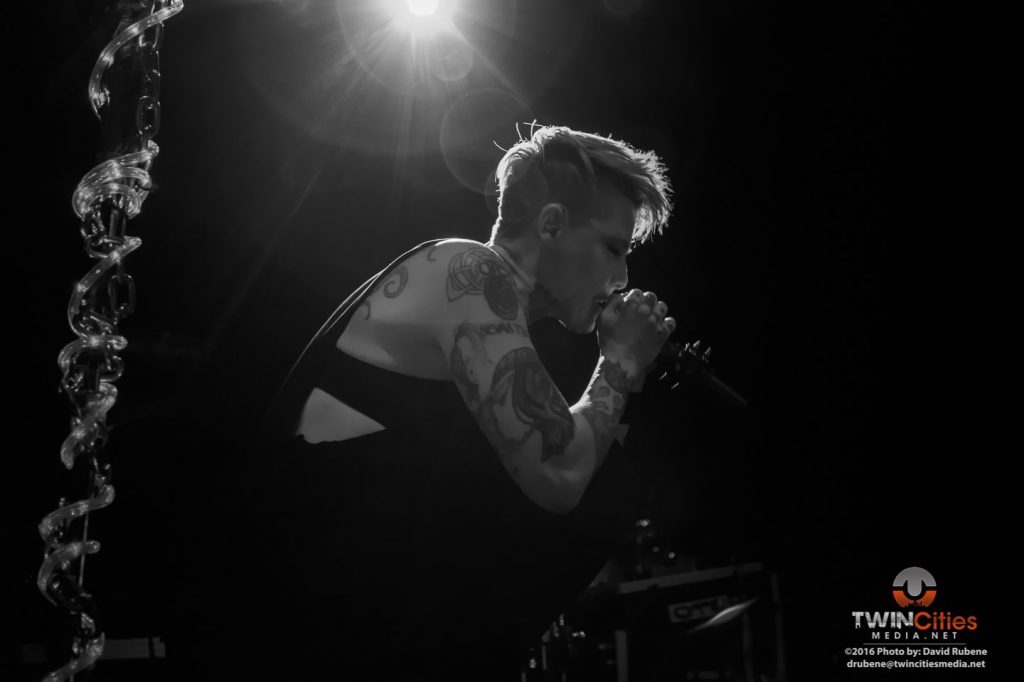 With six albums of material released prior to Generation Doom, there was plenty to choose from. The new album, Generation Doom, may be the best of her career so far. Hearing and seeing these songs performed live for the first time, you get a real sense of what a great artist Otep is. With a look that’s similar to characters in the futuristic Mad Max films, Otep not only sounds great, but also brings an element of performance art and theater to the show. With interesting props ranging from fire at her finger tips to a decapitated boar’s head, the show is a spectacle to behold. 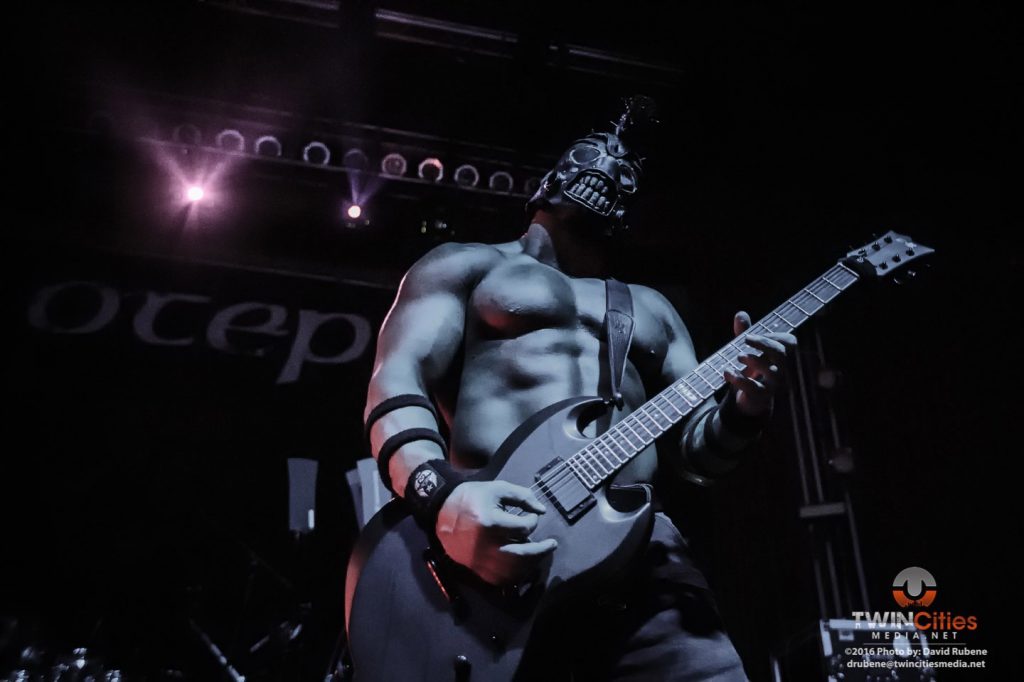 She is uniquely genuine and wears her heart on her sleeve when it comes to making her thoughts known about society and in particular, those who would hold back, deny or repress those who wish to live their lives freely. She shows strong support for the LGBT community and encourages everyone to be proud of their true selves. These sentiments ring true in her lyrics as well, as songs like Equal Rights, Equal Lefts and Zero, both of which were performed live, speak loudly about social injustice and equality for all. I can’t count the times that I’ve been to metal concerts, only to see the band look bored and simply go through the motions. If you go see Otep, on her current Generation Doom tour, you will get every dollars worth of your ticket price and then some.

Ska music has always been a love of mine but I don’t seem to catch it live as much as I would like. I’m not sure if it’s because it’s a bit of dying genre […]

Portugal. The Man brought their Spring 2017 tour to Minneapolis last night to a nearly sold out First Ave Mainroom. It might have been a Wednesday night, but Portugal, The Man fans turned up in […]

Deer Tick kept it exciting at the Cedar Cultural Center

What do you get when an alt-rock band from New England and a musical comedian join forces during a Minnesota autumn? A sold out, fun as hell, Friday night. The Cedar Cultural Center was filled […]