2018 was a busy year for me in which presented many great photographic moments. However, all of those opportunities unfortunately meant the balance had to shift somehow and that meant for a quieter concert year. It was also great to have a reprieve from the chaos and take in a show now and then even though I wasn’t able to attend all the concerts I would normally want to show up for. There also always seems to be those bands were our schedules just don’t seem to align. Hopefully in 2019 things will pan out better and some of those dormant bands will also return to the road again too. The following selections for my favorite sets all impacted me in some unique way and that is why they stood out for me. 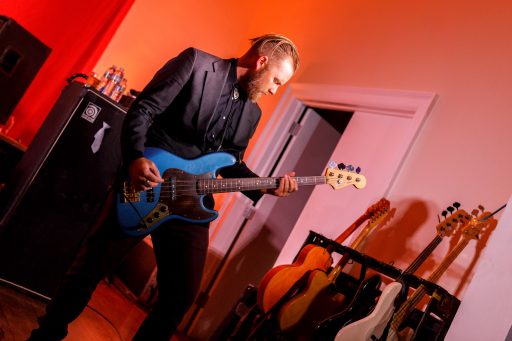 The mountains are one of my favorite locales and every January since 2014 we have made a trip to the doorstep of the Rocky Mountain National Park in Estes Park, Colorado. Murder By Death has made it customary to do these type of destination concerts and the shows at the Stanley Hotel are what started it all. This fifth year just felt different, perhaps it was the notion that this is a fully developed tradition and it has been ingrained into my head that come January this is where I will always find myself. Wandering around the mountains searching for wildlife, down at one the local breweries enjoying some pints, hanging out at our “home” away from home along a little river and pressed up to the stage taking in a longer set by one of my favorite bands. I’m very fond of isolation so it is fitting that this concert always takes place where Stephen King gained the inspiration and wrote the novel The Shining. Come winter, the town becomes quite sleepy as the tourism season slows down and the skiing community gathers in other mountain towns so I can get lost in this one with minimal distractions. 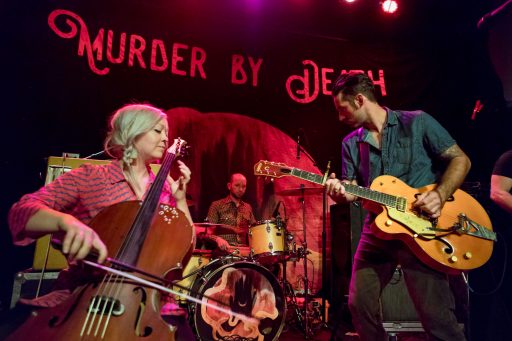 What an aptly named venue for Murder By Death to play in. I’ve made the trek down to the High Noon Saloon a few times for concerts and they always have great bands coming through this venue. MBD was touring in support of their latest album, The Other Shore. After giving it a number of spins I was eager to hear some of my favorites out of this new batch of songs in a live setting. Thankfully 4 of my 5 new favorites were played out from that stage, including some long standing classics and some other favorites that I’ve rarely heard live. After seeing this band play a number of times over the last 15 years it was nice to see a large banner draped behind the stage with their name across it. I like seeing those added stage props as it adds a bit more to the show, especially to the photos. 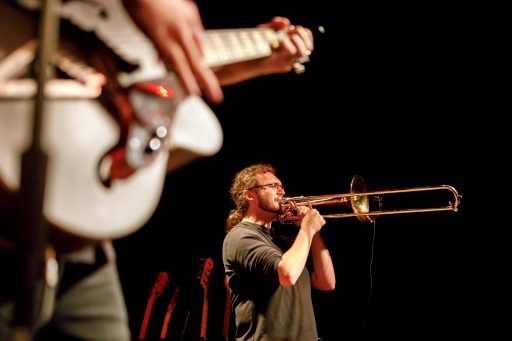 It is always a welcome experience to have an opener that makes an impression on me. This was the night I was introduced to another great local band, Marah In The Mainsail.  They were a late addition to the bill and I am very glad they were.  The energy from this 5 piece was invigorating and the instrumentation was enjoyable. The interconnecting themes and story lines that spread out over a number of songs was a nice way to bring it all together. I eagerly await them to release a new album and to catch them on a few more occasions in the upcoming year. 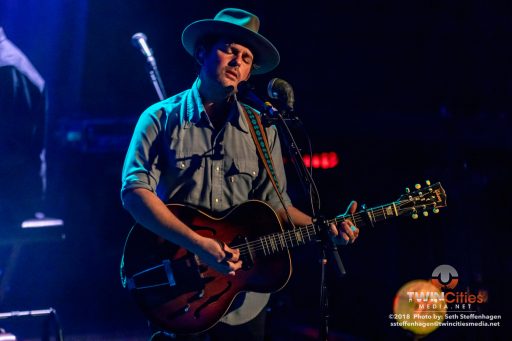 When I first joined up with Twin Cities Media in October I was thrilled to see this one was still open to shoot. Gregory Alan Isakov has a certain sound and vibe that I really gravitate towards. To top it all off I got to shoot my first concert for TCM at the iconic First Avenue, what a great culmination of events.  Everything that transpired that night was amazing and I am thankful for the opportunity and how it all befell in such a memorable fashion.  The venue, the artist, the lighting, the backdrop, the moments I was able to drift off to the music as I moved about to other shooting positions. It was a great way to kickoff my association with the TCM community. 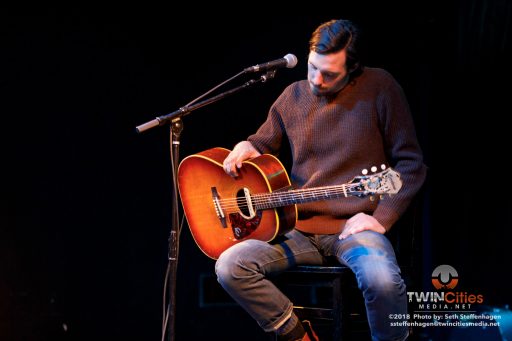 The stories that Sam Cassidy presented in his lyrics traversed across multiple songs. He kept the audience engaged as he lead us down this road where the songs complimented one another. Towards the end of his final song, he would drop his guitar down onto his lap to add some percussive tones to his final piece. The sullen song came to an end as it was punctuated with him crashing his guitar into his lap one final time as he dropped his head towards the ground. It was a classic example of the silence that fills the room as the musician holds on to the silence as the final notes ring out and the audience is allowed to let it all set in before showing admiration with applause.  That is a moment that will stick with me, especially since I have a photo to go along with it. His performance really struck a chord with me and I’m eager to see what he does next. I am glad that he was added to the lineup and none of us were expecting it.  Fortunately for me, this was the second local act to be a late add on to a show in 2018.  2019 is bound to offer many more great moments that I’ll witness from beneath the stage.

My goal this year was to go to some more unique shows. You know, the ones that are unlike anything you have ever seen before and the ones that make you sit back and just […]

Sure Enough, Shoreline Did It Last Night At First Avenue

5 PM seems a curiously early start to a rap show, even if it was just doors. The Shoreline Mafia show and the fans it drew in last night had the floor of First Avenue […]

Greensky Bluegrass, more than just pickin’ and grinnin’ a the Palace Theatre

Take a cup of bluegrass, sprinkle in a liberal dose of psychedelic rock, throw in a couple of pinches of jazz and funk, and you have Greensky Bluegrass. The Grateful Dead were arguably the architects […]