Last night, Broadway’s Pretty Woman made its Minneapolis debut as part of the 2021-2022 Bank of America Broadway on Hennepin season — and the show was stunning.

Now, I definitely had my doubts on whether or not opening night would be carrying on as planned. Snow flurries and heavy wind overtook much of the Twin Cities metro area Tuesday morning and delivered just shy of a foot of snow throughout the afternoon. For a while, it wasn’t looking promising. I questioned, would I be able to get to this show? Will other theater goers decide to call it quits and forego their tickets if the roads are too dicey? Will opening night be canceled? Well, if there’s anything to say about Broadway, it’s that the show must go on.

Despite the winter weather, Pretty Woman did indeed make its triumphant debut at the Orpheum Theatre. It was obvious many people were delayed by the roads, as a large bulk of the crowd shuffled in right at start time (including myself). But once I was inside the walls of the venue, I forgot all about the turbulent weather conditions that existed outside as did many of the other guests who quickly shed their gloves and coats upon entering as they cozied into their seats.

Before the lights went dim, I quickly thumbed through the playbook to familiarize myself with the production. Admittedly, I knew nothing about Pretty Woman when I picked up the invitation to review this show. But going in blind can sometimes be the best way to do it. There’s no expectations, no biases. For not really knowing what I was getting into, I was feeling pretty excited (no pun intended).

Pretty Woman is based on one of Hollywood’s most beloved romantic stories written by Garry Marshall and J. F. Lawton. The Broadway production features music and lyrics by Bryan Adams and Jim Vallance. A self-proclaimed modern update on Cinderella, the story is about a prostitute and a wealthy businessman fall hard for one another, forming an unlikely pair. Rising star Olivia Valli (Jersey Boys, Wicked) shines as the charming and charismatic Vivian Ward. Broadway superstar and Tony Award-nominee Adam Pascal (Rent, AIDA, Something Rotten).

Right from the start, the show dazzled with splendor, as the illuminated palm trees of Rodeo Drive and Hollywood Boulevard towered over the stage lighting the way for the cast to take the audience on an exciting extravaganza through the city of angels.

Both Valli and Pascal were absolutely stunning on stage, and shared an undeniably excellent chemistry. While the two leading roles were marvelous, supporting actors Jessica Crouch, playing the role of the best friend and roommate, Nico DeJesus, the funny and charismatic bellhop, and Kyle Taylor Parker, the hotel manager, stole the show for me.

These roles were so perfectly cast, as their characters were tremendously likable throughout the show. Crouch perfectly plays the role of a sassy, wisecracking seductress with a hint of a New York accent. She was absolutely excellent and probably my favorite character of the night.

DeJesus offered so much energy and genuineness in his performance of the Dance Captain, his jocularity was infectious. Additionally, Taylor Parker played his characters with such a friendly warmth, it felt like he was bringing the audience right on stage beside him.

In addition to the great casting, I found myself fascinated by the beautiful sets and glamorous costumes. Lights, neon signs, palm trees, and everything that portrays ritz, and riches painted the perfect Hollywood setting on the stage. This show was definitely worth braving the snow for, as Pretty Woman shined a much needed ray of sunshine upon the Twin Cities and was a radiant source of positivity and fun. I strongly recommend catching a show if you are able to.

Pretty Woman is running February 22-27, 2022 at the historic Orpheum Theatre. If you are interested in catching a performance this week, tickets are still available here. Vaccination and mask required. 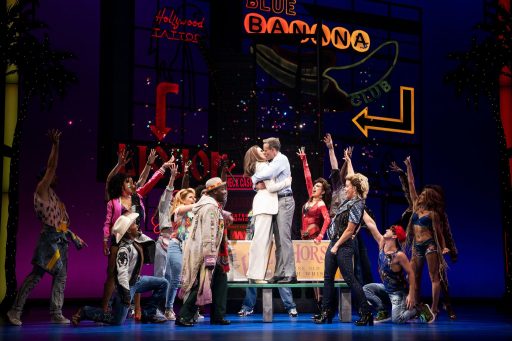 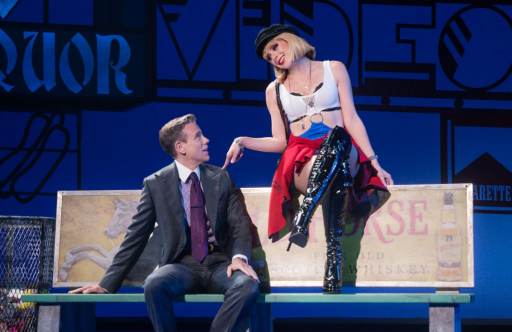 Yesterday was a weird day. From the excitement of seeing the Riot Fest line-up to the sticker shock I was left with after buying a ticket to said Fest because, well, just look at that […]

The sky was looking a bit ominous as I drove from Saint Paul to Minneapolis for last night’s concert. With the weather warnings cutting into the stories I was listening to on Minnesota Public Radio, […]

It has been quite some time since I have been to The Garage for a show, and the feeling of excitement of seeing Real Friends in such a small venue was a complete understatement.  The […]