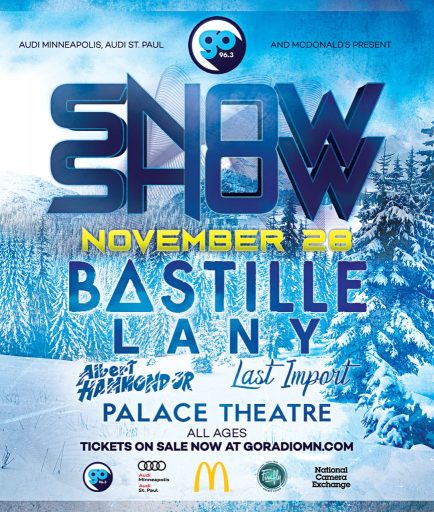 Twin Cities Radio Station Go96MN manages to up their game with each of their annual Snow Shows. 2018’s will take place on Wednesday November 28 and be head lined by Bastille. The London natives will be joined by Lany, Albert Hammond Jr. and local girl group Last Import.

Bastille’s show in Saint Paul has many fans eager, hoping for a sneak peek at their third studio album Doom Days, which is set to release sometime before the new year. With the release of the first single off the new album, “Quarter Past Midnight” the group dropped their newest sing “Happier” back in August. Marshmello and Bastille teamed up to create this end of the summer song that has been pouring out of speakers on repeat.  Wednesday’s show is set to be a night of dancing and a much needed release of stress as the holidays grow closer.