2018 has truly been a magical year for shows. I got to cross off so many bands and artists on my concert bucket list that I have never seen before. From punk, to pop, to metal and back, it was extremely difficult for me to narrow in and pick just five of my favorite shows this year. So many wonderful artists blew me away, so before I dive into my heavily contested top five shows of 2018, here are some honorable mentions: Beck at the Armory, The Vaccines at the Fine Line Music Cafe, The Shackletons at Basilica Block Party, and The Hold Steady at SurlyFest.

That being said, let’s get this list started. Here are my top five shows of 2018:

5 – The Menzingers at the Varsity Theater.

The Menzingers are a band near and dear to my heart, so it’s hard for me not to include them in my list of top five shows. Every time I see them, I feel like I fall a little bit deeper in love with them. The Menzingers have a knack for conveying heartbreak, sentiment and nostalgia through their lyrics and music, making me reminisce about things I may have never even personally experienced. Their show at the Varsity was by far the largest audience I have seen them play in front of and they certainly rose to the occasion. They were loud, vibrant, and overall so much fun. It’s hard not to get a smile on my face when I see guitarist Tom May get into the groove by hopping around with his guitar like a caffeinated bunny rabbit. It’s safe to say that whenever “I’ve been having a horrible time”, The Menzingers are always there to pick me back up with a great live show. 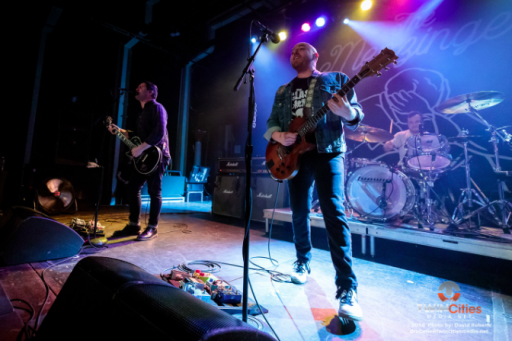 This show was sort of a double-whammy of pleasure for me as one of my favorite hardcore bands, Stick to Your Guns, opened for Architects on this tour. STYG came out and crushed a high energy, powerful set. When Architects came out, I was stunned. I last saw this band in 2014 when they opened for The Ghost Inside in Denver. During that show, I had the opportunity to meet lead singer Sam Carter, to which he sweetly wrote on my ticket, “Thanks for liking our band.” Fast forward to 2018 where they are now larger than life in the metalcore scene. Their entire set, I was sitting at the barricade with a huge smile on my face memorized and in awe of what I was witnessing. The band I last saw 4 years ago had grown up and stepped into some amazing shoes. They absolutely destroyed First Avenue. 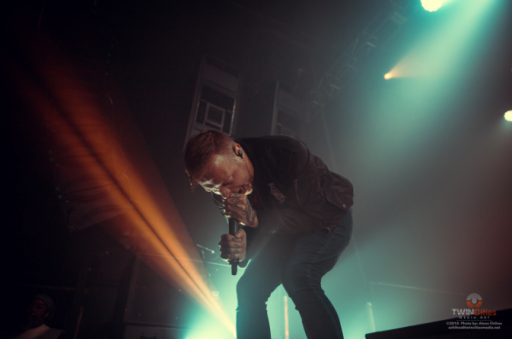 The Dirty Nil may very well be the best band I have ever seen at the Entry. Period. And I certainly don’t say that lightly. For over a year, White Reaper held the spot for my favorite Entry show, but The Dirty Nil came through this past October and knocked my punk rock socks off. When The ‘Nil took the stage at the 7th St. Entry, they blew all my expectations out of the water and delivered an unforgettable set full of high energy and intense crowd participation. They were fast, hard, loud, and overall raw as hell. Ending their encore with a cover of Metallica’s “Hit the Lights” was the perfect cherry on top. I can’t wait to (hopefully) see them tear up the Entry’s stage again. 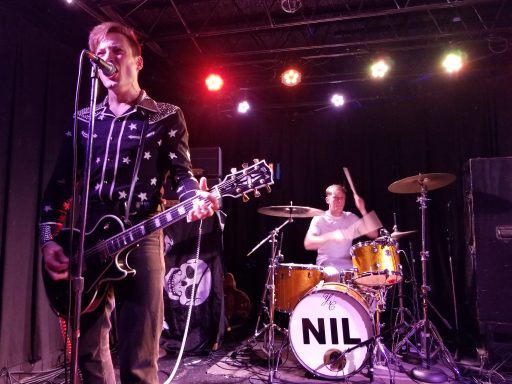 This show happened all the way back in January, but still remains as one of my fondest memories of the year. Part of the pre-Super Bowl festivities included a day of concerts and a stage dedicated to performances by Minnesota artists. Two beloved local acts on the bill included Bob Mould and Soul Asylum. I remember sitting in the crowd wrapped up in four layers of clothes, freezing my butt off at the coldest Super Bowl on record. However, it was all worth it when Hüsker Dü frontman Bob Mould came out and took the stage and played a killer 35 minute set. Later that night (past the point of me being able to feel my fingers) Minnesota magic was in the air as fluffy snow fluttered down upon us during Soul Asylum’s set. Something about this show felt incredibly special and surreal. Just being in a crowd with a bunch of Minnesota music lovers cherishing this unique, once in a lifetime experience was amazing. I don’t think I will ever forget it. 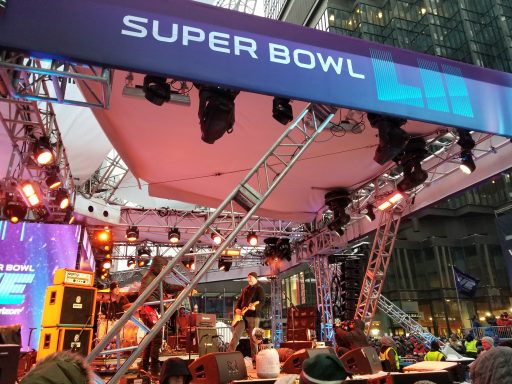 This was my third time seeing the masters of metal and it was by far the best. They played songs that don’t frequently cut the nightly setlist, including “Harvester of Sorrow”, “No Leaf Clover” and Budgie cover “Breadfan.” Metallica are my favorite band of all time, and each time I get to see them is a true treat. Their show at Target Center was incredibly tight, heavy, and proved that while the four horsemen are all nearing sixty-years old, they can still thrash and headbang with the best of them. Of course, they also played their goliath hits, including “Master of Puppets”, “One”, and “Enter Sandman.” I was so enthralled by Metallica’s set, they made an almost 2.5 hour performance feel like 45 minutes. This setlist was my favorite out of all the times I have seen them. I knew they meant business the second Het came out rocking the Black Album era handlebar stache. However, I think I may be biased to this particular show being my #1 pick because I was lucky enough to meet Rob, Kirk and Lars and opening act Jim Breuer before the show. It’s not everyday that you get to meet some of your heroes and then see them absolutely crush the stage. It was an incredibly special night that I will never forget. 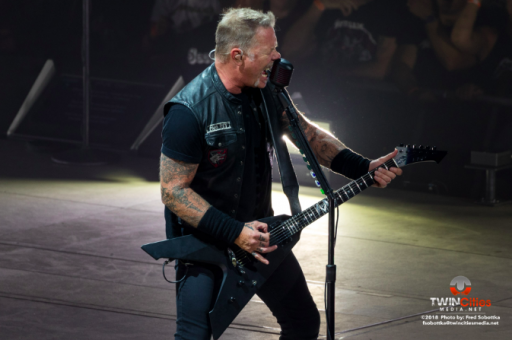 5 Seconds Of Summer to Play The Armory On 9/9

Its been 5 months since the australian pop band 5 Seconds of Summer graced The Varsity Theater with an outstanding performance. Their April show sold out in record time, leaving many fans left out in […]