McNasty Brass Band will be celebrating the release of their first studio album, “King Size Life”, at the Triple Rock Social Club, on Friday, February 10, 2017. They will be supported by their friends Koo Koo Kanga Roo and Jaedyn James and the Hunger. This is an 18+ show with doors at 8:00pm and music starting at 9:00pm. Advance tickets $8.00/ day of show $10.00. 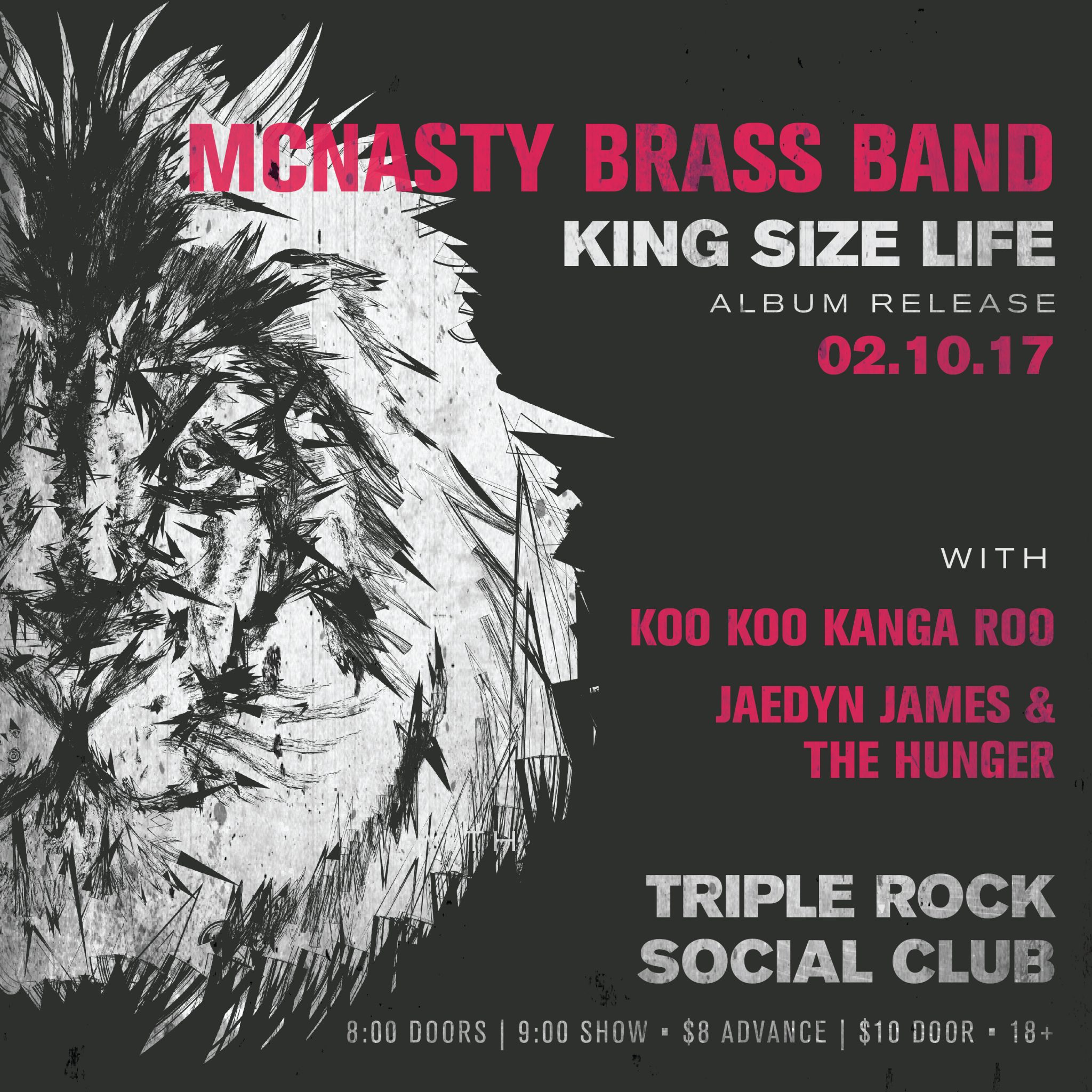 McNasty Brass Band is a collection of Minneapolis/Saint Paul based horn players and percussionists that fuse the Minneapolis sound with the spirit of New Orleans. The outcome of this fusion is hard-hitting dance music and high-energy live shows. Each player works tirelessly outside McNasty Brass Band as a side-man, some with national and international touring acts. That’s what makes McNasty special– these youthful but experienced side-men come together and showcase their compositions, solos, group vocals, and stage presence as front-men. “McNasty Brass Band is a perfect example of why you shouldn’t make fun of the kid who is super into trumpet in 5th grade” (twincitiesmedia.net). “King Size Life,” their first studio album (available January 27, 2017), encapsulates their live energy with exciting compositions, rowdy gang vocals, and rip-roaring solos. The only thing missing is their dance moves! “King Size Life” will be released along with a series of four music videos.

The intimate stage of the Triple Rock is the perfect setting for McNasty to celebrate their new release. They’ll be in the thick of it, neck and neck with their crowd, as they dig into songs, screaming gang vocals and dancing together. Local soul outfit, Jaedyn James and the Hunger, will get the crowd moving and warmed up. Koo Koo Kanga Roo, notorious Minneapolis party-animals, will come out and make sure everyone is having a blast. McNasty Brass Band will then have the pleasure of playing for a ready-to-go crowd with one goal in mind: to leave this king size dance party 100% satisfied.

For more information, be sure to check out the event page online