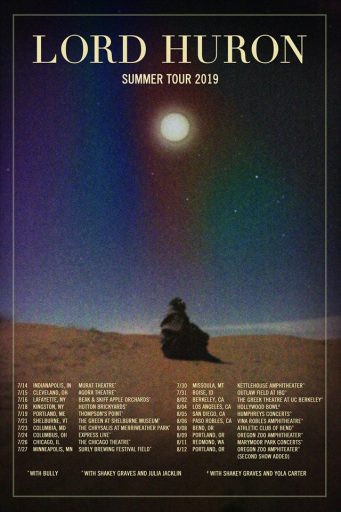 Indie folk band Lord Huron, based out of Los Angeles, will be making their way to Minneapolis while on an extensive US tour. The group made a name for themselves with the release of 2012 album, “Lonesome Dreams.” Since then they have released two additional albums with the most recent release coming out in 2018.

Supporting Lord Huron will be local punk band, Bully. Bully began recording and releasing music in 2013 and have been steadily moving up the charts since.

Tickets for this show can be found here

Supporting them will be the Nashville band with a hometown connection: Bully