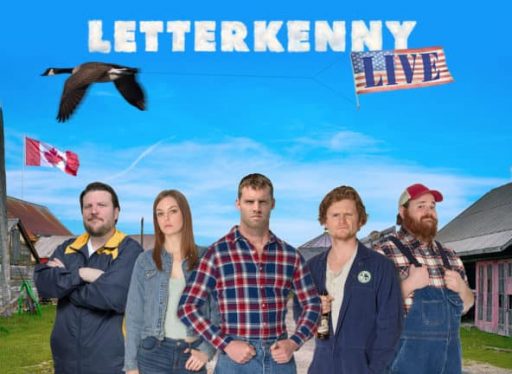 If you haven’t seen the hit Canadian T.V show “Letterkenny” I suggest that you go watch it right away. The witty word play, the clever writing and the incredible alliteration has made this show stand out to viewers all over the world. The show takes place in a small Canadian town where they solve small town disputes and try to find things to do while living there. With their jokes running across the board of a stereotypical Canadian it is easy as a Minnesotan to understand right where they are coming from.

On the tour they will have Jared Keeso (Wayne), Nathan Dales (Daryl), Michelle Mylett (Katy), K. Trevor Wilson (Dan) and Mark Forward (Coach). The show will consist of a bunch of new sketches, some on a screen but of course some live. As far as openers go Wilson and Forward will be warming the crowd up with their stand up comedy acts. The 90 minutes special is sure to make you laugh till you stomach hurts. So grab a Puppers and take a hard right for the comedy show of the summer.