Minnesota-based rock band Kick has been spreading their high-energy performances locally and throughout South Dakota, Iowa, and Wisconsin. Tuesday night at First Avenue 7th Street Entry was no exception. From the first note to the last, their hard driving performance was at its best. There is definitely a circular feeding force that connects the band, their music, and the crowds response into a bundle of a great rock performance with a party atmosphere. 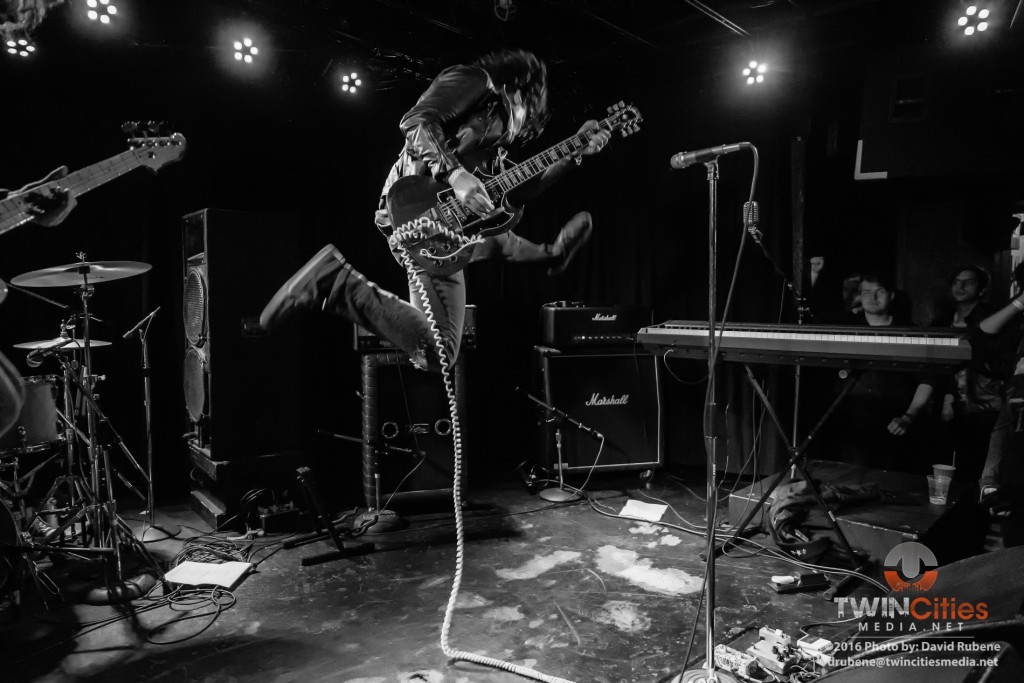 I had a chance to catch up with Kick backstage before their performance on Tuesday night. I spoke to them about their influences, impressive performances, and even their new music (coming in July). Here is the video from the interview:

Their live performance truly draws from so many classic greats such as AC/DC and Led Zeppelin. If you watch front man Jake Kemble (singer/guitar), his actions on stage draw a lot from Angus Young and maybe even a bit of early Pete Townshend. With Jake ‘OJ’ Hall (bass) and Kyle Kennedy (drums) providing a solid driving rhythm, Kick is a band to watch (and listen to) for great things to come. Catch them live … you will have not regrets.

Be sure to check out Kick online at:

On the day First Avenue announced Low Cut Connie’s return to First Avenue, I jumped.  I caught last November’s breathtaking show and spent most of the last year telling my friends LCC was the hottest […]

I’ll admit, I’m a bit of a nerd when it comes to country music.  But not the kind where you sing about your dog and your truck or how your wife won’t let you go […]

Swedish power metal quintet Sabaton will bring their heavy war stories to North America this fall, as the band kicked off their North American Tour with support from fellow Swedish metallers Hammerfall on October 4th […]