I hate my birthday – Absolutely hate it. Don’t get me wrong, I live for attention at proper times as much as the next person, but something about “yay, you survived another year on Earth” seems to fall on immortal ears when you’re just turning the young age of 23. So, I usually don’t let people know when mine is coming up, especially if I planned to spend an evening with Irish Royalty, or should I say international royalty. Our “Row-ten Dow-ten Did-dl-ee ow-ten” friends known as the High Kings were at the Cedar Cultural Center last Thursday night, and admittedly this article has taken more and more time to publish as I am not sure how to find the right words, and give justice to these lads with a proper story, about a memory that I will never lose grasp of.

I walked into the venue and found a spot in the back, which was nearly a birthday-miracle in and of itself as the room was absolutely packed – a sold out show – and that was nothing unexpected; the fans at this event were dedicated and loyal to their Kings, I came to find out as they clapped and sang along with every, every, single song the lads played for us that night. I skipped around the audience that was still pouring in through the doors as I ran to the bar – not a single Irish whiskey was being served, though, so I bought a cider, and then three more – one for each man on stage that night. So this article is no review or story, but a toast to each lad byway of a paragraph (or 3) for each drink I shared with them that night. I am not drinking now, so there won’t be the typos that are all over the notes I was taking after the brews were finished and the lights were back on.

The Kings have left our state of Minnesota, and now are probably on the 3rd or 4th show of their American tour now – updates are being shared HERE and I encourage you to check in with them while they are on their journey… Before another one of them lose their hair line like Finbarr did the last time they had a tour this long (they said that on stage! I’m just reporting – not taking shots at anyone! Ha). Besides the joke about Fin’s newly found clean-shaven scalp, the guys were taking the time between (and sometimes DURING) every song to poke fun at not only each other, but Brian Dunphy’s bright red “runners” and lack of knowledge regarding U.S. geography – he joked that he thought Utah was just across the river from us in Minneapolis… close! Finbarr and Darren joked about how they don’t need anymore kids in their lives, asking each other to loan them out like we see with club football players in the pros at one point. The audience was going back and forth between laughing and crying, allthewhile Paul O’Brien stayed out of the banter and focused on playing several traditional Irish-related string instruments. I was one with Paul, as I was able to stick to the back of the show and away from the witty shots of banter that we all got to witness on stage between songs.

About halfway through the show, I ran to the bathroom and along the way found out from a manager that I was the only press reporting the wonders we witnessed that night. “You should definitely stick around after and meet the guys for a picture and questions.” This meant something more to me than it sounds, which I will explain in just a few moments, but the story before that is that I looked at my phone to see how I was flirting with a “low battery” sign and 19% left until a charge was needed – with my charger about 3 miles away. I tapped around and switched to “airplane” and “battery saving mode” to preserve the remaining power for pictures and notes of the guys and got back to reporting before the next song was underway.

Before I start crying and or making you cry, I want to give a kind shout-out to stage help Tanner and audio guru Blake that are on tour with the guys – if either Tanner or Blake lay eyes on this, please email me at cdobin  at twincitiesmedia.net – let’s get that social spotlight for the spotlights you make possible for the band!

After the first slow song or two came on, and silenced the sobbing crowd, I leaned over to a women that was taking a night off work to watch the show with me; she had no idea we were now friends, as I told her “I apologize in advance for my singing along, and absolutely apologizing in advance for when I start crying.” She looked shocked and asked – “tears of sadness of tears of joy?” I paused, to shake my head back and forth – almost to shake the words out of it – “a little bit of both, Karen, but tears of absolute joy, I promise.” She smiled and turned back to watch the show with us all at the Cedar that night.

We clapped, danced, cried, laughed, and drank a few Strong Bows – Strong Bows are quite literally STRONG, though, so I was just making a pleasuring night even more pleasurable with each sip and cheers to the band between songs. They played so many hits, and most of them are on their album “Decade” that is so affordable and quality that I found myself buying three for my family and got them all signed by the guys – because this wasn’t my night anymore – this was the Dobin’s and Bob Malone’s.

We made it to the finale – and I tapped Karen with a warning in hand – “Karen, heads up, the cans behind me might be dry, but my face is about to get pretty wet, pretty fast here.” She almost had her hand on my shoulder as a song came on that let me know I was about to – well, how do I make this funny quick(?) – I was about to lose my shit.

“Parting Glass” came on. I was immediately flashed back to holding my sister’s hand in that church. Following the burning bursts of a kilted bagpiper, walking in procession with tears that I didn’t fully appreciate or understand at the wee age of 8. “Amazing Grace” was the song we played for my self-proclaimed Irish grandfather, now resting in ashes on the altar. One of the only things he wouldn’t let me lose sight of as a child was his heritage that I didn’t really believe in, as he was not biologically related to us, but I started to agree with him once Irish Whiskey replaced water most nights after turning 21, about 2 years ago – I might not be Irish, but my liver definitely seems to be. But, was this what grandpa was trying to tell me about? That I could drink a lot or that we were all Irish if we wanted to be? I was a about to smile my way into a sob when I felt a set of eyes begin to comfort me.

“Was that the song?” She asked with tears in her eyes to give me some company. A smile broke on our faces;

“Absolutely, Karen” I said as I let the tears stay on my face and freely paint Celtic patterns around the euphoric grin I now had. I had seen the glow of Kings and my family’s lost Irish Angel; I couldn’t help but think anything else:

What other song could Grandpa have wanted me to hear before I went to the closest pub soon after, for a toast of Whiskey to what I now was doing for him, for my family, for my writing career, and for the High Kings.

“So fair thee well, my own true love – I’ll think of you every night and day… Farewell to old Ireland… Until I can make it back someday to Paddy’s green shamrock shore” 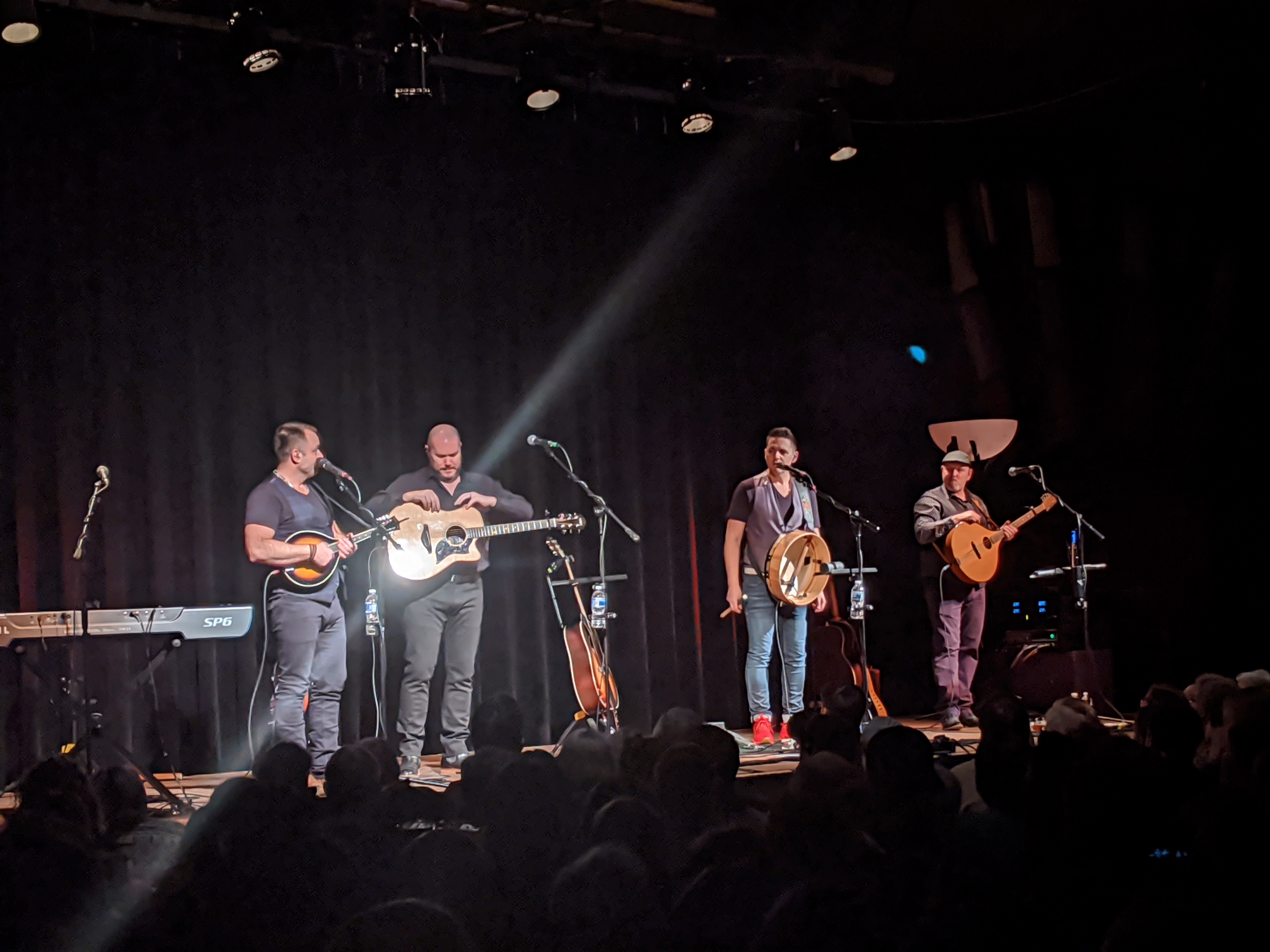 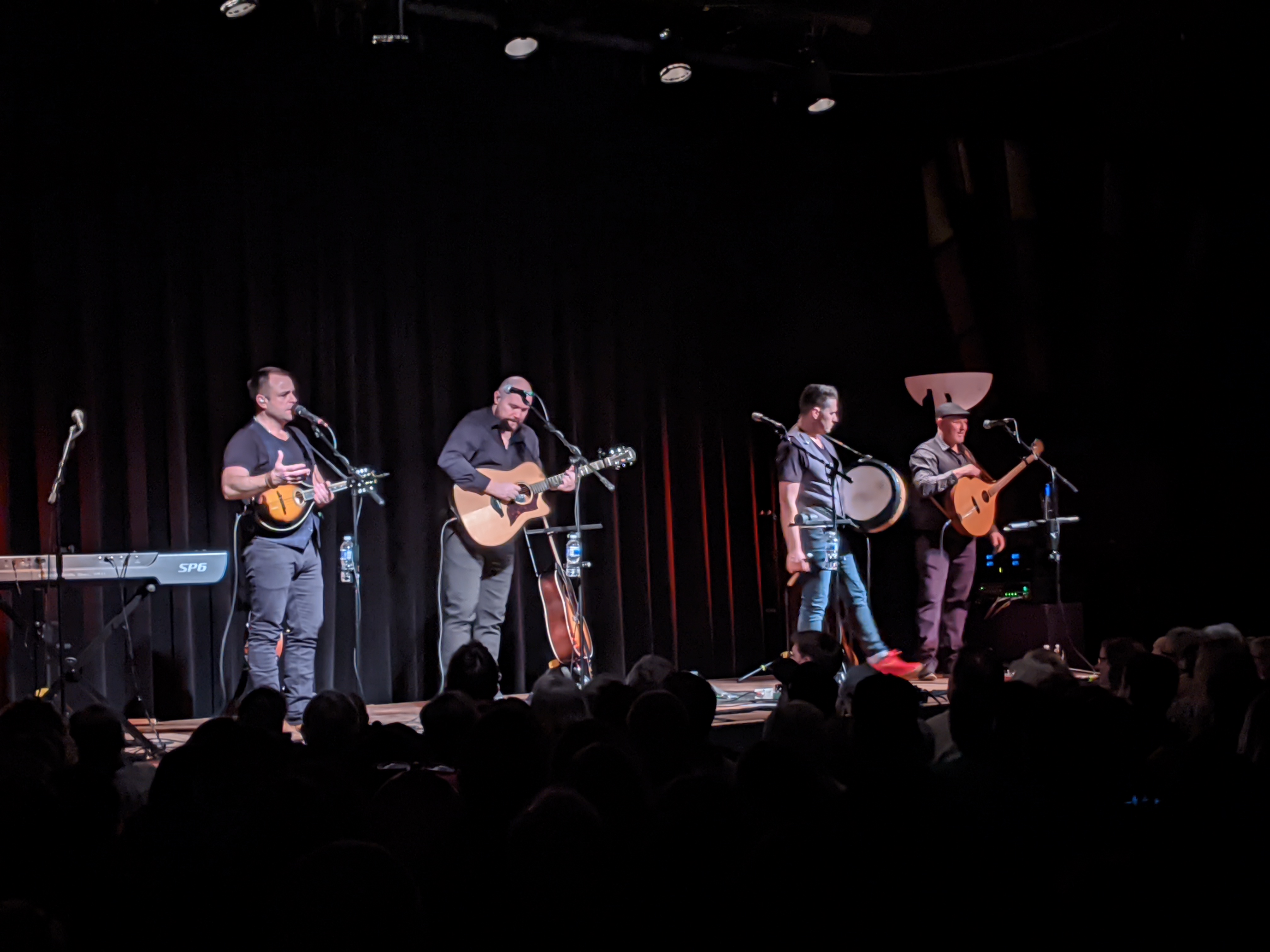 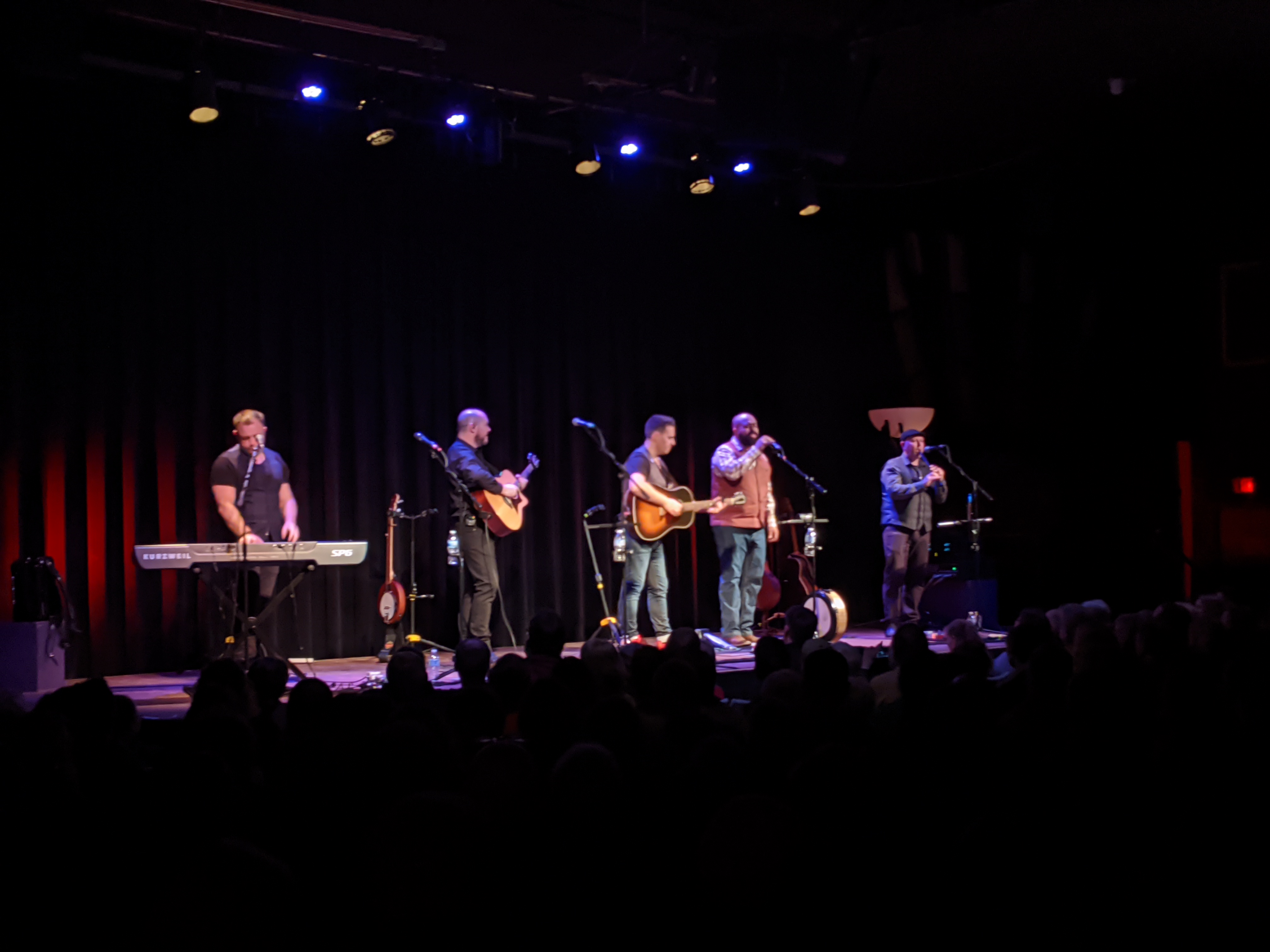 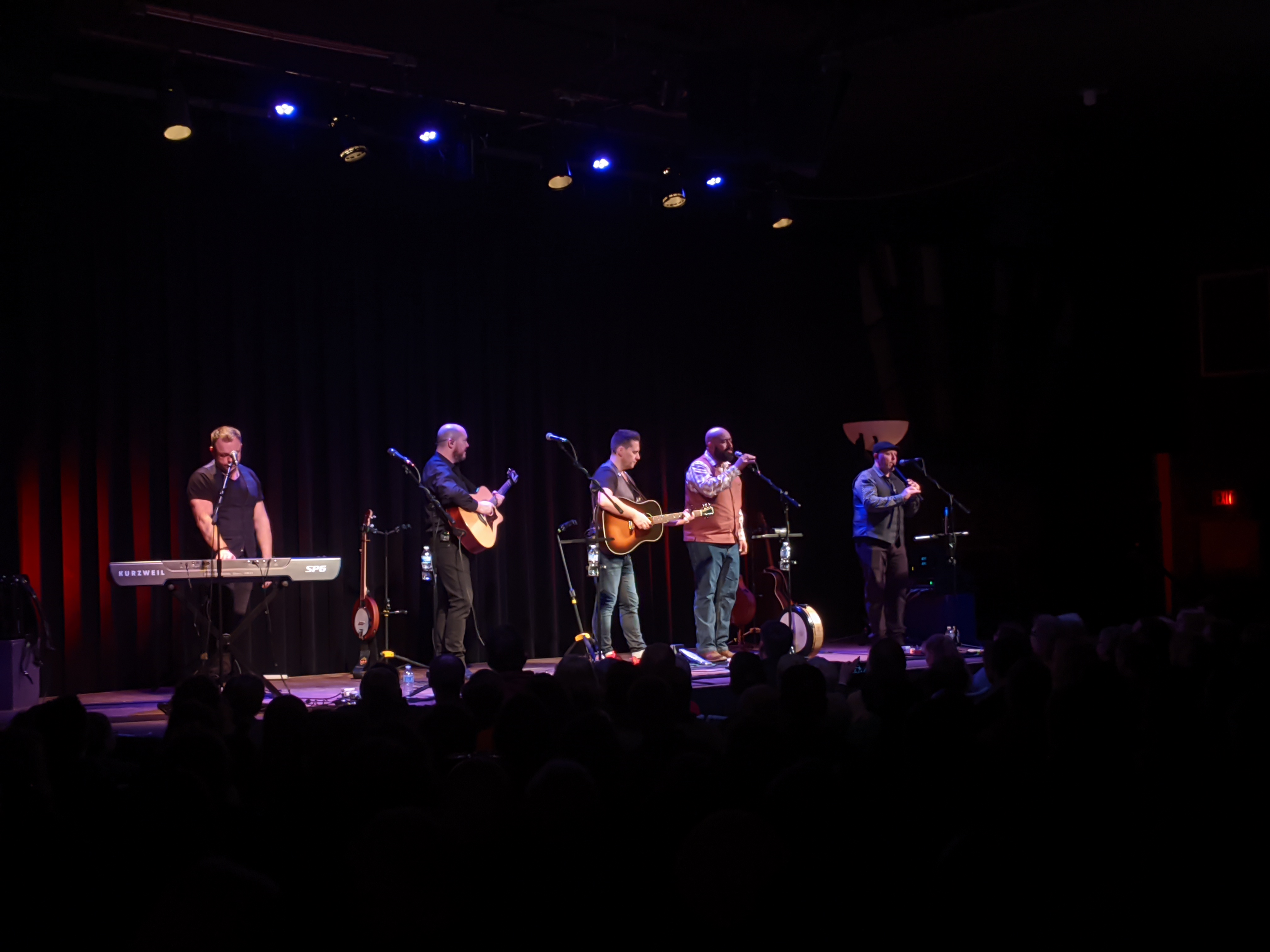 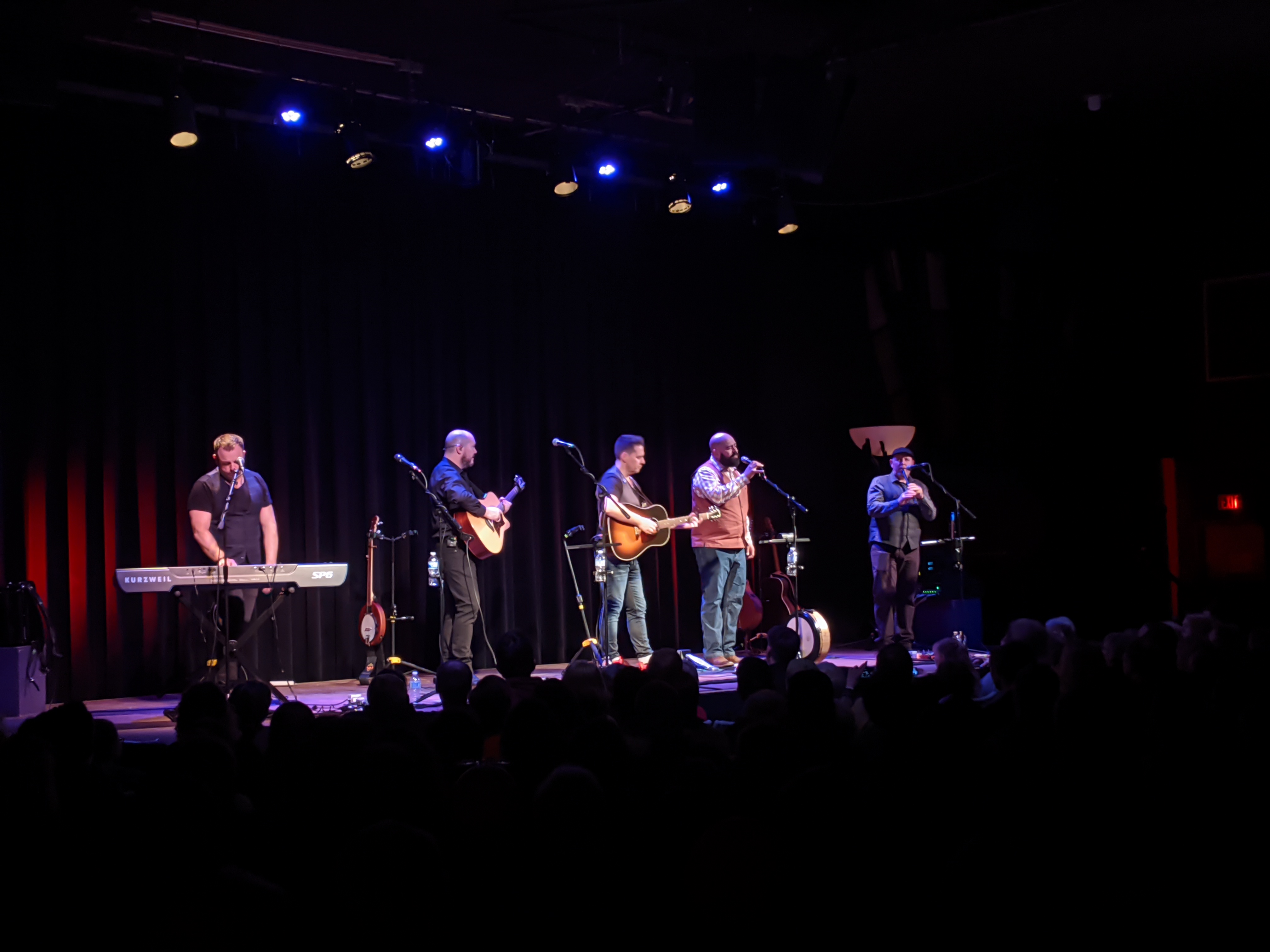 Note: we were blessed to have two local musicians take the stage at their own times that night, and I want to say that the voice of local singer Salvador Kraizanga Valadez, and piano playing Jim Demgen, made the night not just for Kings but for our state and its cities as well. Bows to you two – we were all with you on stage and in the crowd, and it was absolutely a blast for us to witness local and international talent alike, sharing stage time as friends.

Aegaeon and By The Thousands Punch Out Tuesday Night

By The Thousands was the band that got me out of the house last night. These guys have been making waves in the metal scene not just in the Twin Cities, but across the country. […]

On April 3, snow pelted the Twin Cities for the second day in a row, the roads became ice the side walks became ankle deep. However, this didn’t stop the true Minnesotans from coming to […]

I hope that one day I’m famous enough to throw myself a birthday party at the legendary First Avenue. Even if it does happen, it probably won’t be as exciting as last night’s party for […]