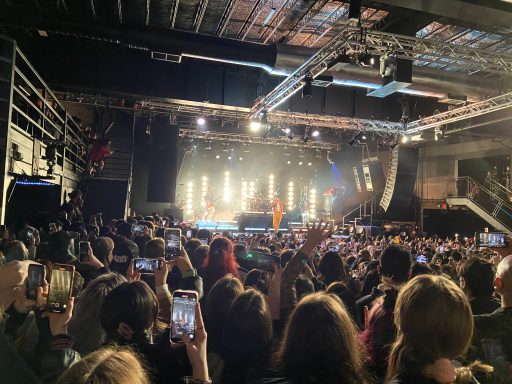 “I missed you guys so much! Did you miss me, too?”

If ticket sales and ardent screams are any indication: Yes, Minnesota missed Eric Nam, too.

Backed by a three-piece band and two dancers, Nam treated the shoulder-to-shoulder First Avenue crowd to a parade of songs from his Korean and English catalogs, including, of course, works from his brand new album, There And Back Again.

No Eric Nam concert would be complete without a few pauses for self-deprecating jokes and a little wholesome fanservice.

“Who is here against their will?”

A smattering of hands (mostly male) went up around the crowd. Nam apologized to the “victims” and then helpfully suggested that they could all gather at the bar to commiserate over shots and wait out the concert together.

“Your signs are very triggering…I see signs I want to read out-loud, but I can’t because this is an All Ages show… ‘Spank Me’ being one of them…”

The crowd composition skewed female but was diverse in age and culture, and likely included a spectrum of sexual orientations and gender identities. More than one orange-pink Lesbian pride flag was spotted in the crowd. All together, the crowd’s vibe was Ebullient. Everyone was just really happy to see Nam on stage and bask in his cheerful presence for a little while.

Every wave from the singer was met with enthusiastic hand-flailing, even in the very back of the GA section. And the crowd eagerly obliged at every call for audience participation, including taking the chorus on (“For you, oh baby, you”) on “Good for You” and providing cellphone flashlight mood-lighting on “Love Die Young.” 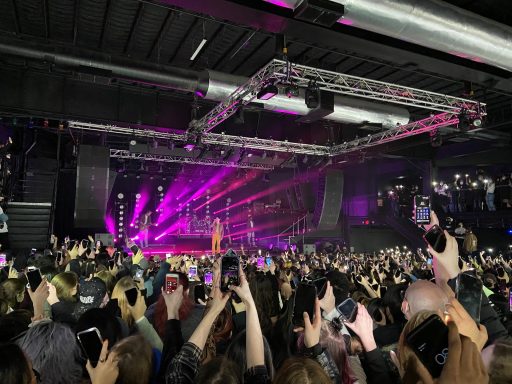 But most were appeased by the two-song encore of recent releases: “Wildfire” from There and Back Again -which sounded great live (really nicely arranged for the rock band trio)- and his 2021 single “I Don’t Know You Anymore” where Nam got to showcase some solid work in the upper end of his vocal range, live and in-person. Not always easy to do at the end of a show. 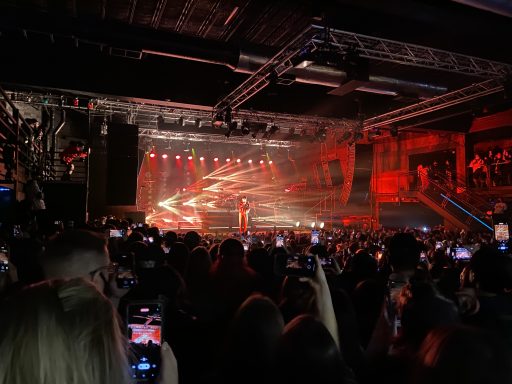 The whole concert was skillfully punctuated by some really lovely lighting effects – kudos to the designer and production team.

And the show was opened by TikTok sensation Lyn Lapid. She did a great job warming up the crowd as one part of her own three-piece band and this reviewer wishes she’d arrived in time to catch Lyn’s full set. She’s got a great voice for live stage performance.

Erik Nam and friends are welcome in Minnesota any time they’d like to visit. For now, fans can content themselves pre-ordering physical copies of There And Back Again at EricNam.com.

One thing is certain: After over 30 years in the music industry, Styx can still rock the Paradise. The 1970s hit-making machine known as Styx has been recently gracing stages across the nation over the […]

After 17 years Louisville, KY band My Morning Jacket has enough material from their 7 studio albums to do things other bands can. They performed a 3 night in a row in Mexico without repeating […]