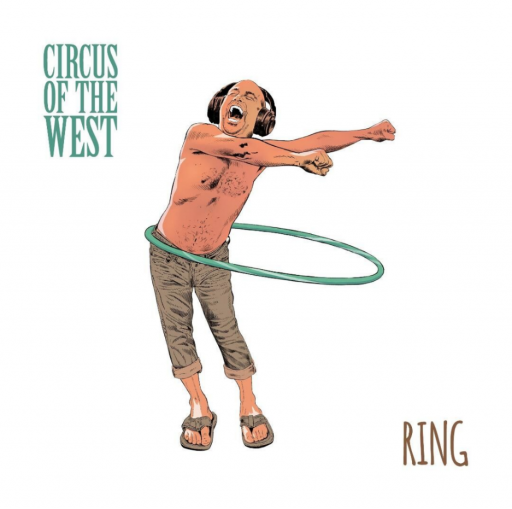 Minneapolis’s Circus of the West infuses pop melodies with rock energy and lyrics about identity, loss, connection, and seeing through b/s. The band’s live performances are energetic and aiming at creating fun (but also authentic and meaningful) experiences for people listening. Circus of the West’s debut full-length We’ll See Ourselves Out, cracked the top 100 on national college radio charts. The band’s sophomore effort, titled Ring, is even more engaging and accessible and will be available September 22nd on iTunes, Spotify and 300+ other sites.

Charlie Cunningham and The Still Tide at the Entry – TICKETS 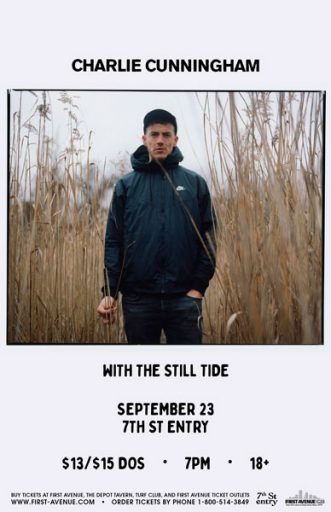 Growing up in a small town in the periphery of London, guitar and piano were a big part of Charlie Cunningham’s life. “The whole ability to write songs is probably in a lot more people than they think. A lot of people can probably do it; it’s just hard knowing how to start,’ he admits. “I think what slowed me down was just over-thinking every possible thing. So now I know that if something feels right to just trust that.”

Anna Morsett spent most of her life on the coasts, but it wasn’t until she moved to landlocked Colorado in 2013 that the guitar-wielding songwriter discovered The Still Tide: Both her band, and the calm current she had long been seeking in her own life. “I came here from the coast, noise and city tangled in my hair,” she sings on the first single from The Still Tide’s fourth EP. “Found you like forgiveness, swept clean by years of mountain air.” 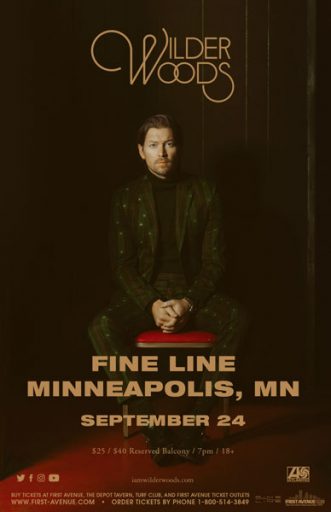 Wilder Woods’ self-titled debut is a mystifying concoction of classic soul, infectious R&B, and modern alt pop that pairs intimate, introspective lyricism with a self-assured swagger and sophistication. Fueled by stop-you-in-your-tracks vocals, the album explores patience, forgiveness, and self-love in a world that’s woefully short on all three. From the funk infused Marvin Gaye beat down on the opening track, to the haunting ballads echoing the pain of a Michael Kiwanuka, Wilder Woods is a collection of tunes that are as introspective as they are care free, and as weathered as they are hopeful. 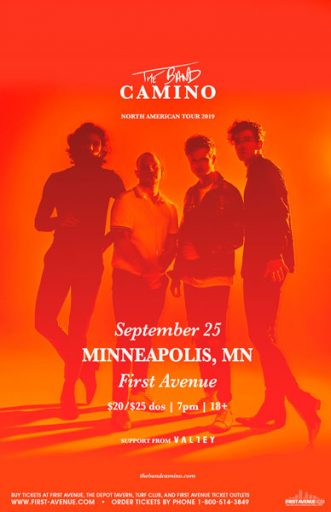 Nashville-based band, The Band CAMINO, write lovelorn songs about perseverance and personal growth. Comprised of members Jeffery Jordan, Graham Rowell, Spencer Stewart, and Garrison Burgess, The Band CAMINO have released two EP’s (2017’s Heaven and 2016’s My Thoughts On You), and an array of anthemic and gleaming singles that have collectively amassed over 70 Million streams in the U.S. alone. With their Elektra Records debut on the horizon, The Band CAMINO’s mutual trust and eclectic songwriting attests to the worth of putting an honest effort in.

Surf Curse at the Entry – TICKETS 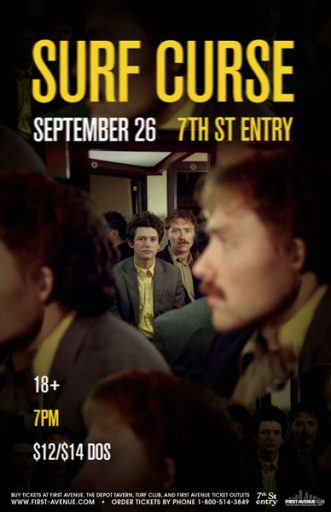 Surf Curse is the indie rock recording project of Los Angeles based songwriters Nick Rattigan and Jacob Rubeck. Seeing Surf Curse live has become a right of passage for disaffected adolescence in the South-West while Rattigan and Rubeck have spent their formative years between Las Vegas, Reno, and Los Angeles. Their new record, Heaven Surrounds You, is a coming of age epic, inspired by the many cult films they’ve cherished through out their young adulthood that are referenced across the album’s tracklist. 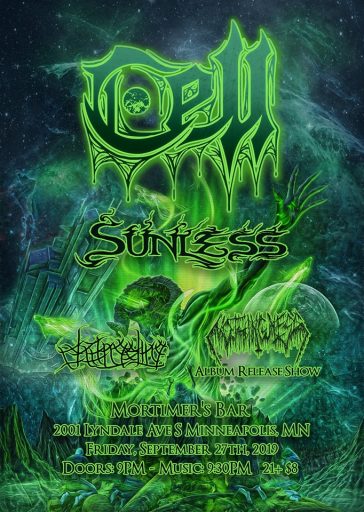 Winnipeg cosmic sci-fi black metal lords CELL performing in Minneapolis on September 27th in promotion of their new album “Ancient Incantations Of Xarbos” on October 4th. The band blends elements of old school and modern black metal with hints of death metal, hardcore, thrash, and doom to create reality-altering unrelenting cosmic black metal. Their concept is based on a science fiction comic book idea that Hyperion (guitar/vocals) was working to bring to life, but decided instead to turn into music for this release.

They use a lot of art and theatre within the live show including using corpse paint, blood, armor, pro audio lights, and lasers. To see their show is to experience something emotional, aggressive, theatrical and cosmic.

CELL has toured across Canada multiple times and have been featured on several festivals including Black Mourning Light, Loud As Hell Metalfest, Armstrong Metalfest and Manitoba Metalfest sharing the stage with the likes of Skeletonwitch, Goatwhore, DRI, Revocation, and Aggression. They released their debut album ‘The Frozen Moon Of Erebath’ in 2016 and follow it up in 2019 with ‘Ancient Incantations Of Xarbos’. 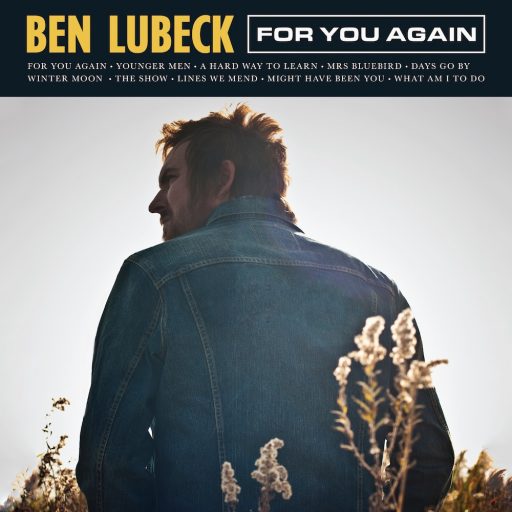 Upon releasing his first solo album, Rented Rooms, singer-songwriter Ben Lubeck received praise for the quiet power, emotion and substance behind the 2016 release. Written as an act of reconciliation towards his father while contemplating his own newfound status as a dad, the album “carried years of heartache in the notes…with primal howls and words that cut deep” (City Pages).

Now a father of two, Ben’s life has shifted focus, but the introspective messages in his music are as strong as ever. On For You Again, Ben’s desire to overcome the fears that prevent him from being fully present comes across in every melancholy whisper and every heart-wrenching cry. Writing from the lens of a father, the result is an honest, raw, and beautiful collection of songs.

Bleached and The Paranoyds at the Entry – TICKETS 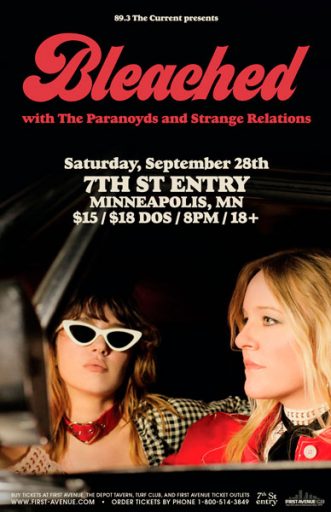 “Don’t you think you’ve had enough?” is a sharp reprimand, a gentle chiding; it trails from a parental rebuke during childhood sweetness to coming from concerned friends during adolescent recklessness. Or, in Bleached’s case, it’s what Jennifer Clavin asked herself when she hit a turning point in her life. Don’t You Think You’ve Had Enough?, the new record from Bleached, is Jessie and Jennifer Clavin’s first LP written from a place of sobriety. That newfound and clear-eyed perspective serves as the guiding force in every corner of its sound, yielding a courageous, honest, and sonically ambitious album.

Your phone, your TV, your computer – who (or what) is watching you? It’s an oft-asked question in the digital age, and one that The Paranoyds echoed when it comes to the origins of their name. Part of a generation immersed in documentation, oversharing, and ease of surveillance, The Paranoyds know better than anyone, it’s scary out there. But the band’s fearless pursuit of a good time won’t stop them from crafting the kind of gritty, Southern California garage rock that refuses to hide. You can also catch them on 10/5 at the Amsterdam