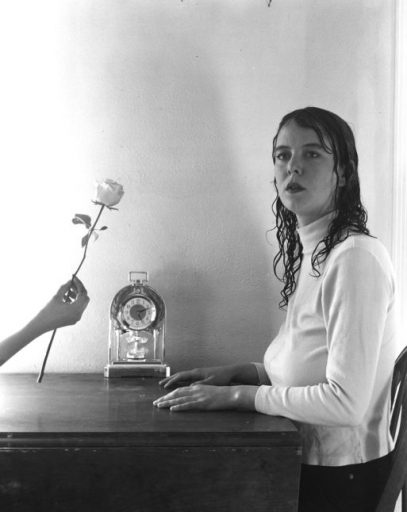 While My Father Sleeps by the Olympia, Washington based band Oh, Rose tells the complex story of family, adversity, love, and friendship. In ten songs, the record bears the soul and shares the truths of the band’s front-person and creative driver, Olivia Rose, while also serving as a homage to Rose’s mother, who passed away in January of 2017. It is Rose’s life story, told under the banner of a story her mother was never able to finish.

“While My Father Sleeps is the title of the book my mother wrote throughout her life,” Rose says. “It involved her relationship with my grandfather, the way she could communicate with him through the poetry of Carl Sandburg and the writings of Truman Capote. Her storytelling always inspired me to tell my own through music. The album title and artwork serves as a bookend, the songs written between two moments. The front cover shows my mother reading to my brother and me outside the North Asheville library in the summer of 1995, the back is her headstone. Though I didn’t write these songs in a state of grief, I came to know this album while I was grieving. When my mother died, I learned a new language, the language of death. At the same time, I was continuing to build strength and love within my community; my story isn’t uncommon. I hope my music finds a home with those who speak these same languages.”

GGOOLLDD at the Entry – TICKETS 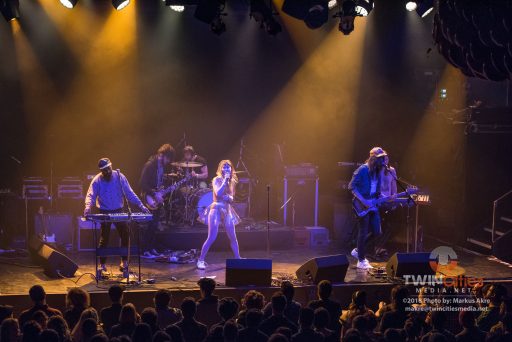 The day after GGOOLLDD frontwoman Margaret Butler graduated from art school in Baton Rouge she packed a Uhaul and headed west. “I was like, yeah, I’m not going to live here anymore,” she recalls, laughing. Her first stop was Portland, Oregon, where she subsisted mostly on “ramen noodles and pumpkins people stole for me from Home Depot,” she remembers. “You sauté them down and add lots of black pepper and curry powder and soy sauce. It’s actually pretty good!”

The Minus 5 at the Turf Club – TICKETS 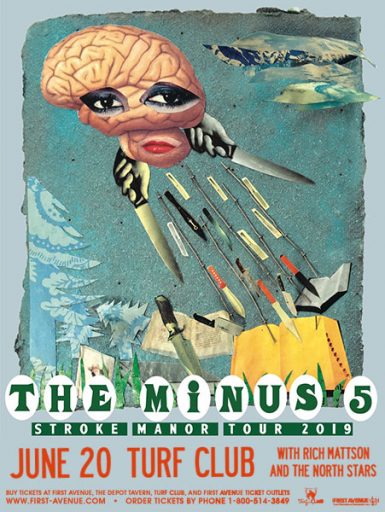 The Minus 5 continues to be one rickety roadster driven by Scott McCaughey, often with Peter Buck as co-pilot, amidst countless other more talented friends. The so-called supergroup started with 1994’s Old Liquidator, through a 2003 collaboration with Wilco (Down With Wilco), his ode to Portland (2009’s Killingsworth), an all-new five-record set in 2014 called Scott The Hoople In The Dungeon Of Horror, and holiday outing Dear December in 2017.

In November 2017 Scott suffered a stroke while on tour with Alejandro Escovedo and The Minus 5, thus quite nearly pulling the plug on life and big-time rock career. Thanks to the help of friends, family and fans, Scott spent 2018 recovering, and gradually making his way back to playing music. It’s a work in progress.

This spring comes Stroke Manor, the 13th (?) long player under the Minus 5 moniker, once again on Yep Roc Records. The record was started in words scrawled over the long stay in a San Francisco ICU, and eventually put to music in the Dungeon Of Horror back in Portland.

Hillsong United at the Xcel – TICKETS 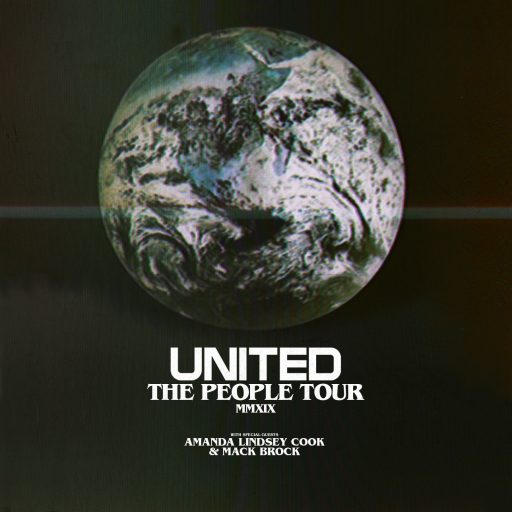 “It’s been a few years since we have toured North America – we have a lot of music not yet road tested and can’t wait to be with you and sing these songs,” said Hillsong UNITED. “We have been working hard on a brand new experience and can’t wait to have our friends Amanda and Mack with us!”

Committed to creating a musical expression that speaks truth, creates a unique sound and connects people everywhere with God, Hillsong UNITED’s mission is to write songs that awaken churches and individuals to the fact that we are redeemed and called into the story of God. Making stops in major markets across the U.S., Hillsong UNITED’s USA Tour 2019 will transform amphitheaters and arenas throughout the nation into nights of worship. 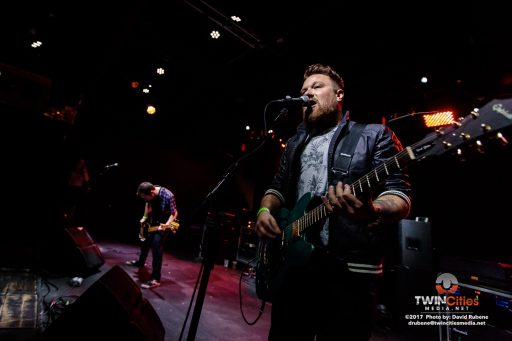 With Jack Swaggar and Last Import

Redefining what today’s modern rock is, Toy Planes pulls their sound from deep influences of Punk, Rock, Blues, and Metal. Their refined sound has a taste of something for everyone. Toy Planes is working hard to break the mold of today’s commercialized Rock and show the world dynamics, emotion, and passion with every song. 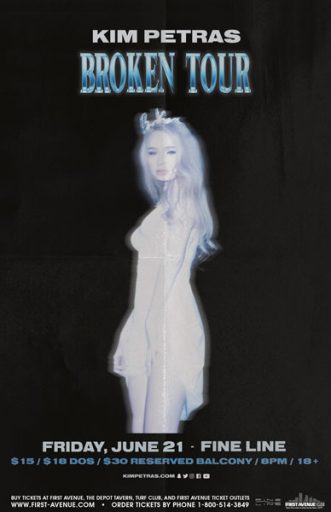 Kim Petras’ undeniable voice and imaginative artistry have skyrocketed her to international recognition as one of music’s most promising talents. With her new single “Broken” receiving critical acclaim and breaking into the Top 10 on the iTunes Pop Chart, the side-bun-sporting, German-born, Los Angeles-based pop songstress has unveiled the next chapter of her music, adding a darker, trap flare and a more personal touch to her addictive melodies and explosive production. Garnering more than 125 million streams with hits such as “I Don’t Want It At All” and “Heart To Break,” Kim has earned major media praise as one to watch and has collaborated with Charli XCX, Cheat Codes, SOPHIE, Lil Aaron, and more.

Sinkane at the Turf Club – TICKETS 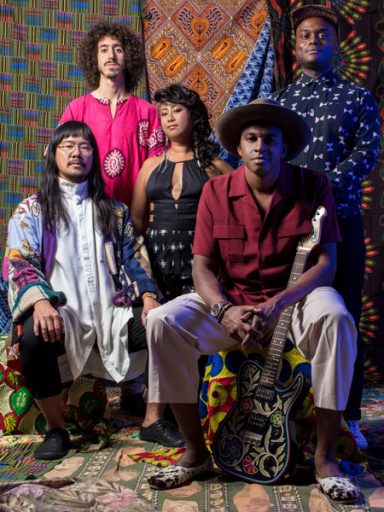 It’s easy to be angry in moments like now. And that’s OK. But it takes courage to turn that anger into productive energy. The previous Sinkane album, 2017’s Life and Livin’ It, was released at a very crazy time: things like the Muslim ban, police shooting unarmed people of color, massive corruption in my native Sudan, fake news, Donald Trump, Brexit and so many other calamities all really forced me to think about my place in the world as a musician. I began to think about how I could use my music in a constructive way — not only to help myself but to help others who feel frustrated and powerless.

I’m not a newbie to hate: I’m black, Muslim and even though I’m an American I’m often made to feel like a foreigner in my own country. And sometimes I do feel like a foreigner — in fact, I once made a whole album, 2012’s Mars, about that feeling. I’ve made a lot of music out of my life story but I’ve always kept things vague enough that anyone listening to my music could relate to it on their own terms. And yet I have to admit that I never truly felt satisfied with that. I eventually realized that, in order to truly connect with other people, I first needed to connect with myself on a deeper level than before.

Throughout the making of my new album I kept asking myself the same question: “As an immigrant to America, where do I belong?” So, during the writing process, I worked mainly by myself so that I could ensure the most honest and personal answers to that question. I read books by Joseph Campbell, the late novelist/cultural theorist Daniel Quinn, Ta-Nehisi Coates, Pakistani novelist Mohsin Hamid, and the late African-American memoirist Philippe Wamba, hoping they’d guide me to some kind of answer. Then, one day when I was wandering around the fertile desert of the internet, I stumbled upon an amazing word: dépaysé.