The Brits are invading, but not landing on the East Coast. Instead, blues-rocker Barns Courtney is treating Minneapolis to a rare Midwest tour opening night when he kicks off his 404 Tour at the Fine Line on Tuesday, September 3rd in advance of the September 6th scheduled release of his sophomore album, 404. Joining him are his special guests and fellow UK rockers, The Hunna, who just released the first single, “I Get High To Forget”, from their upcoming album. Doors open at 7pm for the 8pm 18+ show. Purchase tickets HERE before they are gone.

The title of Barns Courtney’s new album will no doubt be familiar to anyone who’s ever searched for something online and found themselves face to face with nothing. But 404 is an album that explores feelings of loss and bereftness inspired by life’s habit of throwing up its own error pages, with Barns exploring absence, frustration, and the never-ending search for something that seemed like it would always be there until one day, suddenly, it wasn’t: his childhood. “It’s painful knowing that something has gone, whether it’s a good time, a good feeling, a pleasant section of existence, or something physical. I’m always wondering: if you were to go back and find places you knew as a child, what would they look like?” Barns says.

There was a time not so long ago when a 16-year-old kid who’d spent his teens ricocheting between Seattle and Ipswich thought he was about to be the biggest star in the world. He and some mates got a deal with the biggest of all the big labels, then spent three years working with one of the planet’s hottest producers. What could go wrong? Well, plenty. “My entire life since I was 14 had been an upward trajectory,” is how Barns remembers it. “Then suddenly at the age of 22 I’m dropped, I’m totally, woefully unprepared for the real world. No qualifications. I didn’t bother learning to drive, because I thought I’d be driven everywhere. Thank God I didn’t have any success — I would have been a complete ass.”

The years in the wilderness that followed formed the basis of Barns’ 2017 debut album The Attractions Of Youth, a blistering shot of blues-driven rock that got this singular pop performer’s foot back in the door. Songs like “Glitter & Gold” and “Fire” became viral smashes, prompting a swell of support on both sides of the Atlantic that saw Barns performing on Conan and opening for everyone from The Who, to Blur, to Ed Sheeran. Which brings us to 2019 and a body of work that finds this reflexive, meticulous pop storyteller delivering a minutely crafted album with big tunes, flashes of humor and no shortage of ambition. Kick-started by 2018’s sparky, Atari-referencing single, “99”, it’s an album that delves back beyond the arrested development of Barns’ early-20s and into the teens he spent in Seattle and then Ipswich.

“The record’s partly about the bizarre modern formalization of fun, and the strange ritual that we all go through from childhood into adulthood,” is how Barns describes one aspect of the music. And layered on top of that all, because there really is quite a lot going on in this album, is Barns’ experience of being out of town — and taking time out of real life — then coming back down to earth with a bump. “You go off and live this fantastical existence, play these shows and have fun, and you come back and you expect everyone to be the same as they were when you left,” he notes. “But they’ve all grown up. It’s like Peter Pan coming back from Neverland.”

“Babylon”, written shortly after Barns returned from having accidentally spent most of this album’s recording budget on an extended stay in a Carmel chateau, came to life in somewhat tense circumstances. “I’d spent all the money, didn’t have any songs to show for it, and had nowhere to stay,” Barns remembers. He offered collaborator Sam Battle’s parents £300 and moved into their Peterborough home, sleeping on Sam’s bedroom floor. It was where the pair had first made music together many years earlier, a full-circle moment Barns remembers being “bleak and depressing”. “I felt myself degenerating into insanity in that tiny room. I spent one memorable day in the fetal position under a chair while Sam muttered in the corner. It was taking us to the edges of our own sanity, but that’s where I wrote Babylon: a song about feelings of losing myself and being set adrift.”

“Boy Like Me”, about being virtually invisible to the opposite sex, finds Barns revisiting a song he began writing several years ago while on tour around Nashville; “Hollow”, originally inspired by Sam’s desolation at having to sell a prized synth in order to put food on his table, eventually twisted into a song about loss, love and hollowness in someone’s absence. The album finishes with “Cannonball”, a song about “walking through a waking dream when everything is teetering; floating through life but weighed down by everything you’re carrying”. In common with many of the songs on 404 the vocals, largely improvised, were recorded in one take in the middle of the night. Unusually, a lot of what you’ll hear on 404 captures the very first moment Barns ever expressed some of his deepest thoughts.

All in all, Barns says 404 is “a commentary on my own journey from awestruck naivety to the dark realization of adulthood”. The big picture, he adds, is “a weird alternative Narnia or Neverland, where all the tropes of your childhood have melted. From Pokémon to Nintendo 64 the core of my being is there: an unorthodox maelstrom of memories condensed down into this bizarre undulating world”.

Despite the new album forcing Barns to confront difficult points of his life, it strikes an overwhelmingly optimistic note. “This record’s actually a lot happier than the last one,” he smiles. “With the first album I was suffocating, I could hardly talk to anybody, I felt terrified and bitter and downtrodden — I’m still aware that I carry a lot, but a lot of great music comes from pain, and when you’re in pain you can’t help but be your most authentic self in your music.”

The Hunna are one of the most exciting young rock bands to emerge from the UK over the past few years. On August 21st they released their first new music in over a year with “I Get High To Forget“, the first track from their upcoming new album (set for an early 2020 release). The single was produced by Olly Burden (The Prodigy) and Carl Barat (The Libertines) and is a soaring rock anthem set to whet the appetites of their rabid fan base ahead of album release. The Hunna fly to LA this Autumn to record their new record with producer John Feldmann (Black Veil Brides, Blink-182, Biffy Clyro, Panic! At The Disco). As well as working with Carl Barat on the current single, the guys will be writing with Gerard Way (My Chemical Romance) and Theresa and Alex (Yonaka) on this new record. More details to follow. The Hunna are poised yet again on the cusp of another hugely successful album and ready for global domination!

From The Hunna’s Facebook page 8/21/19: There’s no words to describe the level of excitement we feel right now after finally being able to release new music! We’ve been trapped in our own nightmare for what seems so long. Not being able to share with you what we’re feeling and the thing we love to do most has been agonizing! That nightmare is now over and we wouldn’t of gotten through it if it wasn’t for each and every one of you that love and follow the band. Your support and understanding throughout has kept us going through are darkest time. IGHTF is the first of a new journey and the end of an old one. Thank you from the bottom of our hearts.. you keep us dreaming. We’ve got a LOT more to come. Love H

And earlier: USA we are so excited to announce we will be back in the states on tour this September/October supporting our friend Barns Courtney. BARNS X HUNNA = TROUBLE. 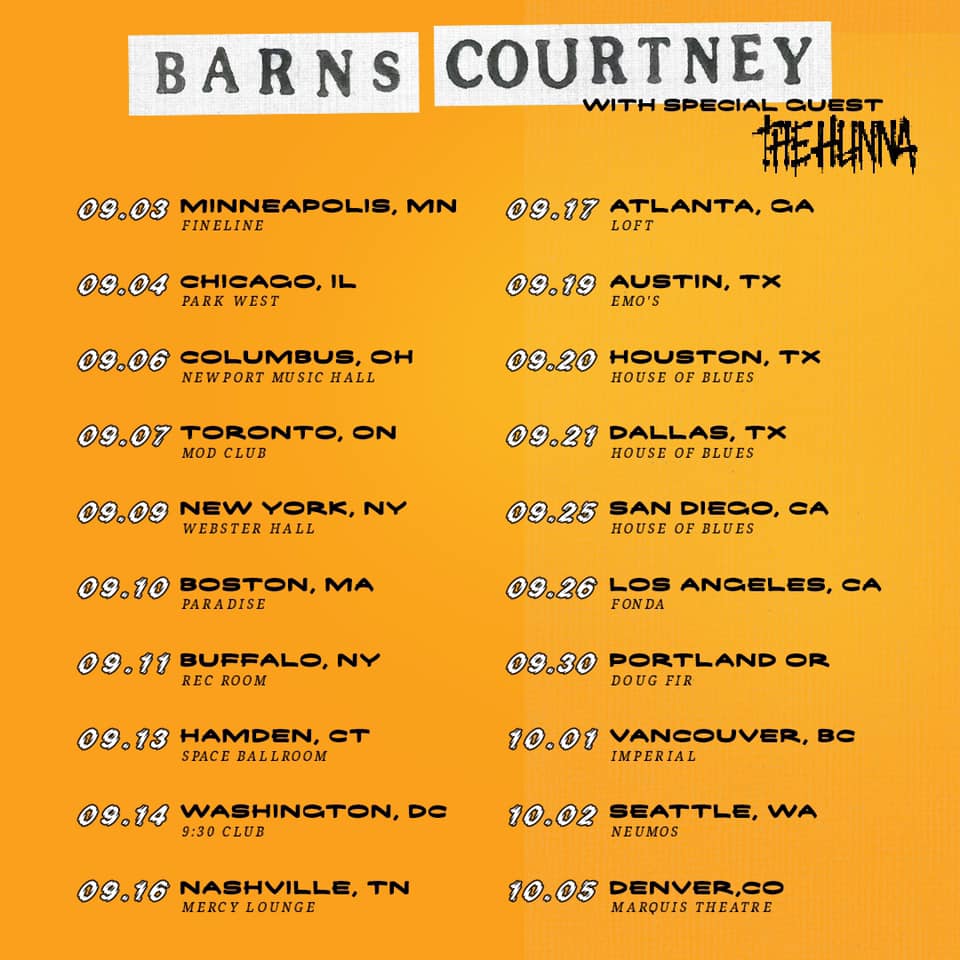 Ready to be psycho activated? This Sunday, September 20th, Uncle Acid and the Deadbeats unique but classic sound to Mill City Nights. This will be a perfect opportunity to see a great performance with a […]

Yesterday at my day job was agonizing. Not because it was slow and I was struggling to stay awake, but because I was unable to listen to some of the bands that have become staples […]

There are a few bands that force me to throw any pretense of journalistic objectivity out the window and turn me into a fanboy wanting to sprinkle my reviews with OMG! Lucius is one of […]